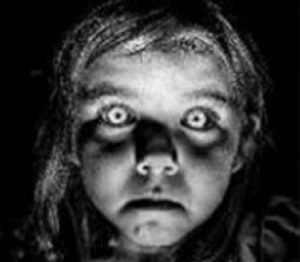 This intriguing story has been on my files for a few years now.
It’s a creepy online website ”game” which follows similar myths like the ”Bloody Mary” and Ouija board fads.

The website itself makes claims of being ”haunted” and is a ”powerful tool for getting revenge on someone who has done you wrong.”

A site that in recent years has earned a reputation for being “dark” and ”dangerous”, features the alleged ghost of a girl named “Repleh Snatas”.

Created solely to terrify the naïve and gullible, there are many stories about this website, but it is said that the pages can only be accessed at midnight.

According to history, the mystery girl was born sometime around the 18th century in sad and unfortunate circumstances, after several alleged miscarriages. Repleh apparently was born with a very unusual birthmark on her face; something that was regarded as the mark of the devil.
Her family was convinced that the girl was possessed by Satan, so they decided to lock her in her room, subjecting her to continual inhumane torture and abuse. The room was lined with many mirrors to which she was warned that if she looked into any of the mirrors, they would break, allowing the Devil to get her.

We are told that if you write ‘Repleh Snatas’ backwards on a mirror 6 times in the light of a candle and then blow the candle out, the mirror will crack and if you relight the candle, you will see a little girl with a red mark on her face standing behind you in the reflection of the broken glass.
If you turn around, she will kill you. When it is time to relight the candle, you are instructed to close your eyes and blow it out; ‘Repleh’‘ will be gone.
Alternatively, another version states that if you type in your name and your email address, she will reply, instructing you to come back at midnight to ‘play’. If you go back to the page at midnight, the website apparently changes and has extra pages of photos and text.

You are then told to type in the name of someone who has done you wrong in the past and she will exact revenge for you; but in return, she will appear in your dreams every night till you die. While warnings have been mentioned, nobody has yet been killed after viewing this mysterious website. While people are claiming all of this to not be true, many believe in it’s authenticity and choose to think otherwise. There may well be something behind all of this, that is pure evil.

Do you dare risk taking a look?