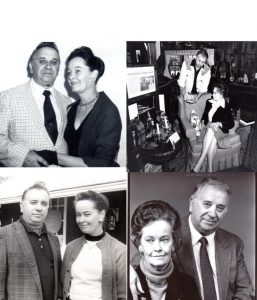 In the paranormal field, Ed and Lorraine Warren were already world-renowned legends, but it was thanks to James Wan’s The Conjuring (and its subsequent franchise universe) that the duo rose to even higher levels of prominence.

The entire universe is based on the case files of Ed and Lorraine, with Lorraine played by Vera Farmiga in the films. Sadly, we’ve learned that Lorraine Warren has passed away this week at the age of 92.
Born January 31, 1927, Lorraine Warren and her late husband were involved as key paranormal investigators in several notable cases throughout their careers, including the infamous “Amityville Horror” hauntings, as well as the Annabelle, Perron family and “Enfield Poltergeist” cases that were recreated on the big screen in the Conjuring films.
Together, Ed and Lorraine ran an Occult Museum, which contained artifacts from their various investigations.

The oldest and only museum of its kind, the Occult Museum had at one time been open to the public, giving those interested in the paranormal the opportunity to get up close and personal with the various haunted objects (including the real “Annabelle” doll) the Warrens came into contact with throughout their long careers.