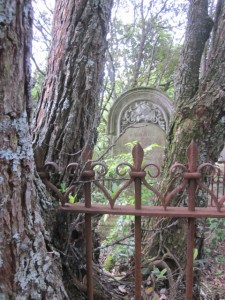 Symonds Street Cemetery is a historic cemetery and park in central Auckland, New Zealand. It is in 5.8 hectares of deciduous forest on the western slope of Grafton Gully, by the corner of Symonds Street and Karangahape Road, and is crossed by the Grafton Bridge. The street (and by extension the cemetery) are named for William Cornwallis Symonds, a British Army officer prominent in the early colonisation of New Zealand. It has a Historic Place – Category I listing with the New Zealand Historic Places Trust. Maintenance and administration of the cemetery is provided by the Auckland Council.
Symonds Street Cemetery was the first official cemetery in Auckland, in use from 1842. Originally it was divided into four sections for Anglicans, Catholics, Jews, and a shared Presbyterian, Wesleyan, and general section. By 1852, the shared section became Presbyterian, and an additional Wesleyan and general section was added.
After the establishment of a new municipal cemetery in West Auckland at Waikumete, the Symonds Street Cemetery was closed for burials in 1886, other than to existing family plots, no new plots were sold. In 1909 the Auckland City Council took over management of the cemetery.

Due to development of the Auckland Southern Motorway during the mid-1960s, more than 4,100 bodies were moved and re-interred into two memorial sites at the cemetery, and the land area was reduced by about a quarter. During the relocation, 2000 graves were found under 1200 headstones in the Anglican section, and 2100 graves under 400 headstones were found in the Catholic section. Many of Auckland’s early colonists are buried here, including William Hobson, the first Governor of New Zealand and co-author of the Treaty of Waitangi.
The New Zealand Herald columnist Brian Rudman has repeatedly criticised the state of disrepair, vandalism, and the presence of vagrants at the cemetery, and called for the city council to improve the maintenance. Although the Auckland City Council commissioned the Symonds St Cemetery Conservation Plan in 1996, only some of its recommendations have been carried out.

The Council does employ a specialist stonemason to undertake gravestone restoration with a specialist stonemason, but as many of the restored gravestones have been subsequently vandalised the Waitamata Local Board admits the situation is much like “treading water”. Security guards do patrol the cemetery at irregular intervals, but have proved largely ineffective in stopping further damage, in particular their inability to distinguish between vagrants and other members of the public have led to embarrassing situations, including the ejection of a heritage tour party on 25 September 2008. This tour was part of the Auckland Heritage Festival organised by Auckland City Council itself.

In October 2012 more than 20 of the headstones were sprayed with anti-Semetic graffiti and swastikas. The vandalism occurred the night before a white nationalist celebration called “Flag Day”. Three people were arrested, but in November the charges against one, Nathan Symington, were dropped due to a lack of evidence 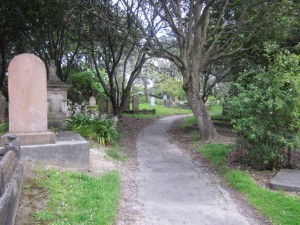 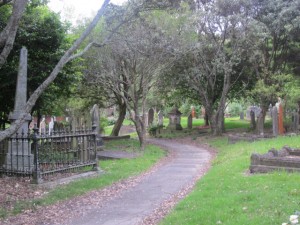 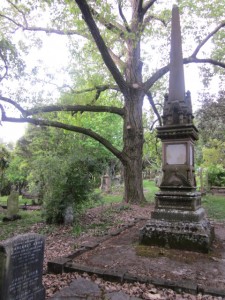 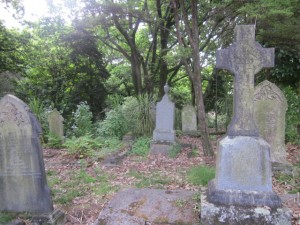 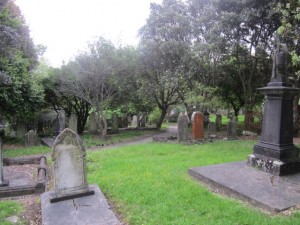