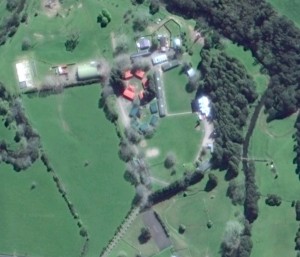 YMCA Camp Adair is located in Hunua, south of Auckland. It was first established in 1913 and encompasses over 100 acres, the camp was later purchased by the YMCA in 1938. The camp currently provides outdoor recreational facilities, including farmland and native bush. The historic School House located on the property can be hired for events and functions. Camp Adair is a popular location for camping trips for schools in the wider Auckland area and boasts a wide variety of outdoor activities including orienteering, wall climbing, archery, air rifle shooting, kayaking, along with a confidence course and mudslide. There are three self-contained villages on site; the Main Lodge, the Hugh Lambie village and the Graham Glaister village, each of which have campfire areas.

It is around these campfires that the legend of a tragic event which occurred at Camp Adair have been told to children for many years.

The legend surrounding Camp Adair centers on the historic School House, which is often the center of gathering at the camp. Generations of children who have stayed at the camp have been told the tale of a group of children who while staying at the camp were murdered by their teacher in the School House building. The legend states that the murderous teacher, who is said to have had a fiery red beard, can be seen through lurking the windows of the school house late at night, waiting for his next victim…

More information on YMCA Camp Adair can be found on the camp’s website.