Have you ever looked in a mirror at night and seen a stranger’s face staring back at you?

Have you ever seen something in the mirror which can’t be real? Have you gazed into a mirror, only to realise that the face gazing back at you no longer has the familiar features of your own? Morphing and distorting into a stranger or a family member, or some sort of strange animal hybrid creature. Could it be that your once benign bathroom mirror has suddenly become possessed, displaying a demonic version of yourself, or some form of alternate reality?

Almost everyone has a mirror in their home. These flat planes of reflective glass serve many purposes, both utilitarian and decorative. Mirrors in many forms have been in use for almost 8000 years. But some believe that the simple mirror holds strange and unusual powers. Even becoming supernatural portals, displaying other dimensions or realities.

The fear of mirrors

The concept of an evil or possessed mirror, or mirrors as a tool for conjuring spirits is ingrained in our culture. For instance, films such as Candyman, Poltergeist III and Oculus all include the concept of mirrors which distort reality, or cause malevolent spirits to appear. The act of breaking a mirror is claimed to bring about all kinds of bad luck. Many cultures cover mirrors during times of mourning, out of fear that the mirror may trap the spirit of the deceased and prevent them from entering the afterlife.

There are different phobias associated with mirrors. Spectrophobia is the persistent fear of mirrors which is often related to the fear of ghosts or the undead. Also Eisoptrophobia; the fear of your own reflection.

Sufferers of spectrophobia can fear the breaking of a mirror bringing extreme bad luck. They can fear the thought of something frightening jumping out of the mirror or seeing something disturbing inside of it next to their own reflection when looking directly at it. Others fear that it is a link to the preternatural world or a gateway into another world. Some also fear their own reflection in the darkness, as it can appear distorted in strange ways or their reflection may frighten them. Some people may also fear being pulled into the mirror by some preternatural force.

An experiment was conducted in 2010 by Giovanni Caputo at The University of Urbino “Carlo Bo” in Italy. Fifty participants were asked to gaze at their reflected face within the mirror, illuminated only by a very dim light. Usually, after less than a minute, the observer began to perceive strange changes to the reflection of their face in the mirror. At the end of a 10 minute session of mirror gazing, the participant was asked to write what he or she saw in the mirror. The descriptions reported were:

All of the fifty participants in the university experiment above experienced some form of change or distortion to their reflection. Similarly, some reported strong emotional reactions the unusual, sometimes leering or mocking expressions of their altered visage. From the report on the experiment:

Some observers felt that the ‘other’ watched them with an enigmatic expression – a situation that they found astonishing. Some participants saw a malign expression on the ‘other’ face and became anxious… The apparition of deceased parents or of archetypal portraits produced feelings of silent query. Apparition of monstrous beings produced fear or disturbance. Dynamic deformations of new faces (like pulsations or shrinking, smiling or grinding) produced an overall sense of inquietude for things out of control.

Through a mirror, darkly

Is this experiment proof that we have something to fear about mirrors after all? Should we be cautious about using mirrors in the dark?

There are many paranormal cases involving apparently cursed or deceptive mirrors. The infamous appearances of Bloody Mary is one of the most well-known and frequently reported cases of apparitions reflected in mirrors. Strange phenomena involving mirrors are also reported by those conducting the Three Kings Ritual and the Dark Reflection Ritual.

Next time you’re looking in the mirror, you may want to check that the face gazing back at you is really your own. 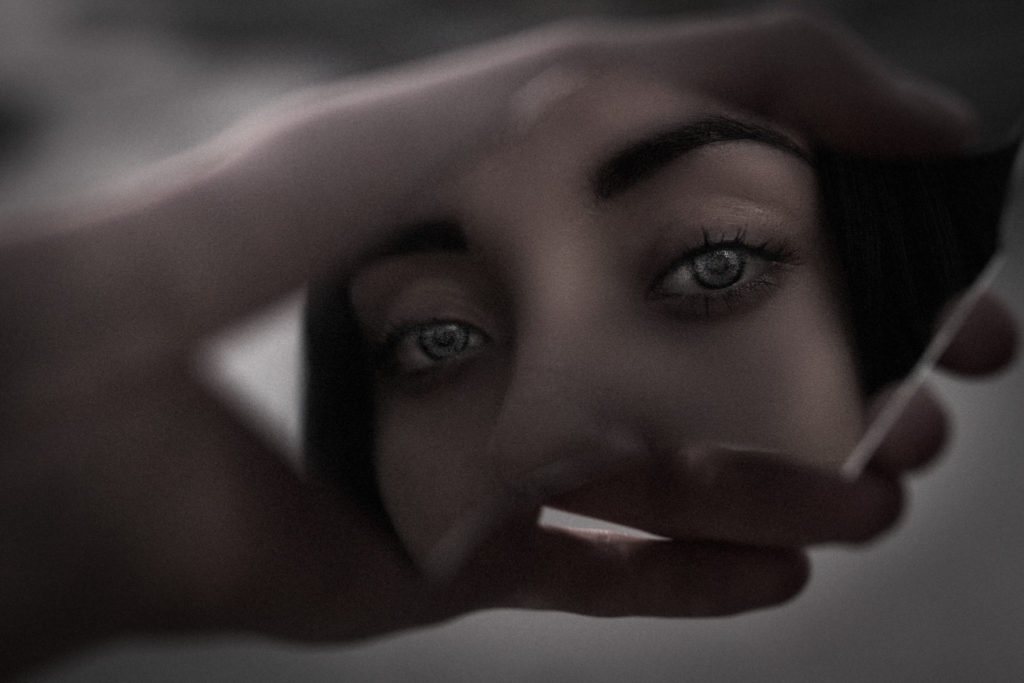