First predicted by psychologist, William James, transliminality is a hypothesis for the tendency of psychological material to cross thresholds into or out of consciousness. The flow of information from our conscious to our unconscious has been a subject of great debate, interest and thought for many centuries.

It was William James who suggested that out thoughts were ongoing, switching between internal and external stimuli, which relied on processing needed to in integrate the past with the present.

In recent years the study of interaction between unconscious and conscious processing has delved into examination of how the process work in mental health, problem solving, creativity and the nature of altered consciousness that accompanies paranormal beliefs and experiences, the last being conducted right here in Adelaide, South Australia by parapsychologist, Michael Thalbourne. 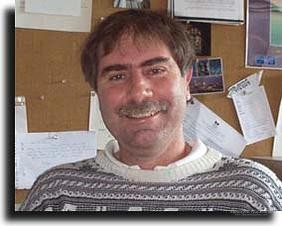 The study, including the one mentioned above also took into account three other measures, Hartmanns’s Boundary Questionnaire, The Unusual Experiences Scale of the Oxford-Liverpool Inventory of Feelings and Experiences, and temporal lobe lability measures via Persingers Personal Philosophy Inventory. These four measures, it was predicted, would work together well and present a single underlying factor throughout each.

The four scales were administered to 1368 participants, once analysed, and correlated, the tests indeed showed a single underlying factor, which accounted for 74% of the variance, which in turn suggested that the underlying factor for all four variables was indeed Transliminality

So, now you’re probable asking, “what are you talking about, transliminality, how does this apply to the paranormal?”

Well, we all know someone highly creative, or someone highly spiritual, or a mix of both, most have had a supernatural or mystical experience in their lives (there is of course people who are neither who have still had mystical or supernatural experiences). These are the oddballs, the moody creative types who delve eastern philosophies most of us have never heard off, these are the people who would be deemed to have a transliminal personality

To put it in simple terms, Professor Michael Thalbourne, a parapsychologist at the University of Adelaide, conducted a study to measure personality traits, He wanted to know if there was a specific type of person who believed in the paranormal, defined in his study as ESP, psychokinesis or life after death, in particular He wanted to know what separated the believer from the non-believers.

In the end, Thalbourne’s study concluded that people who believed in the paranormal, on the most part shared very similar personalty traits, in fact, so similar, Thalbourne defined the name Transliminality for the personality type.

For more definitions, test results or information please follow the reference links below.

Are You A Transliminal Personality?

If you’re interested in finding out how you rate, take the transliminality survey below and find out.

Answer true or false on the 30 questions below. More true answers indicate a higher transliminality rating.