My brother lived in a very old house in Te Kauwhata and the first few years they lived there, there was definitely a presence in the house. 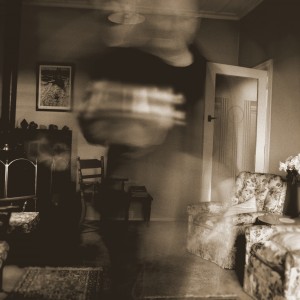 It manifested usually by strange electrical occurrences – phones and doorbells ringing when there was no one there, lights flickering when turned off, objects falling off shelves and moving around the house and occasional unexplainable drafts of ice cold air.

My sister-in-law had a lot of glassware in a closed china cabinet. Glasses, cups and saucers, shot glasses and various souvenirs things picked up on holidays.

These would frequently be found moved around in the cabinet, sometimes changing shelves overnight. Sometimes, things that were sitting on top of the cabinet were found inside the cabinet the next morning.

A couple of people who visited said they felt as if someone was lying on top of them when they slept in the spare room downstairs, which used to give me the willies when I visited. Many people that stayed in that room said they felt the same thing and were freaked out! Evidently the old woman who lived there before the house was pretty much abandoned, had died in the house. Rumour is that she committed suicide.

My sister-in-law once brought a clairvoyant friend in without telling her anything, and the woman said, ‘There is someone sitting at your kitchen table.’

My brother and sister-in-law are the last people to believe in ghosts, in fact they often used to make fun of me and my interest in ghosts, but they came to be believers very quickly living in that house.