Meola Reef, or Te Tokaroa in Māori, is a thin finger of lava flow forming a reef peninsula jutting out into the harbour between Western Springs and Point Chevalier, the larger part of which is a dog park and reserve.
The reef extends for over 2 kilometres across the harbour, to within 500 metres of Kauri Point on the northern shore.
The reef was formed more than 28,000 years ago from the final portion of an 11 kilometre lava flow that originated from Mount Saint John volcano. Until 2008 it was believed the lava had flowed from Te Tatua-a-Riukiuta volcano, but geochemical analyses that year revealed that the lava matched that of Mount Saint John.
The reef is easily seen in the west from the Auckland Harbour Bridge at low tide, when much of it lies exposed. The best viewpoint is at Kauri Point, the headland to the east of Kendall Bay. The portion of the reef close to shore is covered by mangroves, and further out the rocks are covered by rock oysters, then bare.
The reef area and connecting Meola Park have been areas where there have been sightings of lone figures seen standing out in the water or far out at the unreachable tip. Standing on rocks, then disappearing from view. Locals have mentioned the reef being the site of a few drownings through the years. One being an adventurous walker attempting to make it from one side to the other one evening, getting stuck in mud and drowning as the tide crept in. Thus far we haven’t been able to verify this incident. ‘

‘Cries for help” or ”a woman screaming’‘ have been heard at night, though it has been surmised that it may have been a misheard Pukeko, or some other native bird of the area.
Others have experienced a very uneasy feeling whilst standing out by the water’s edge while out walking at night. Like ”there are many eyes watching from the surrounding bushes”. 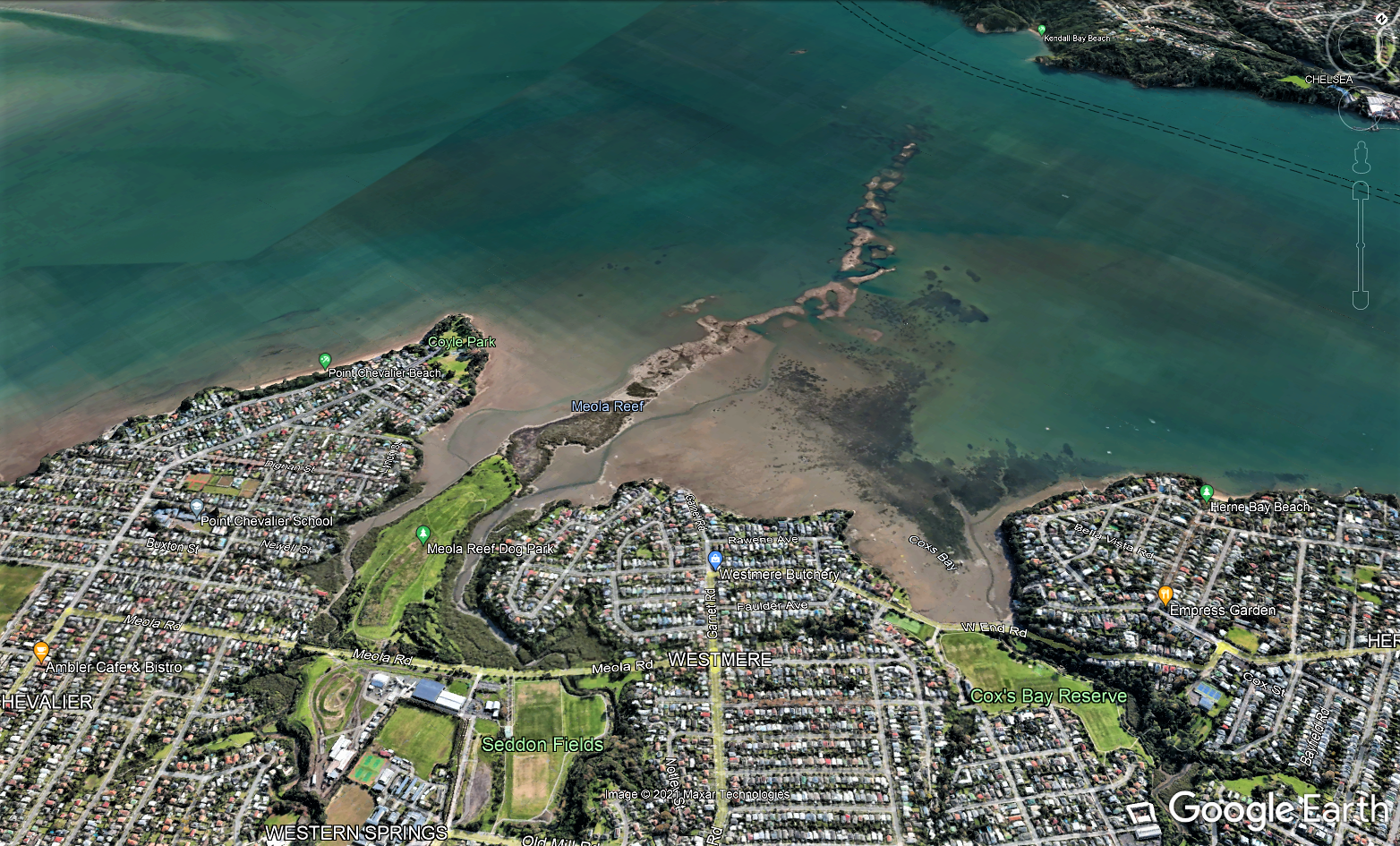