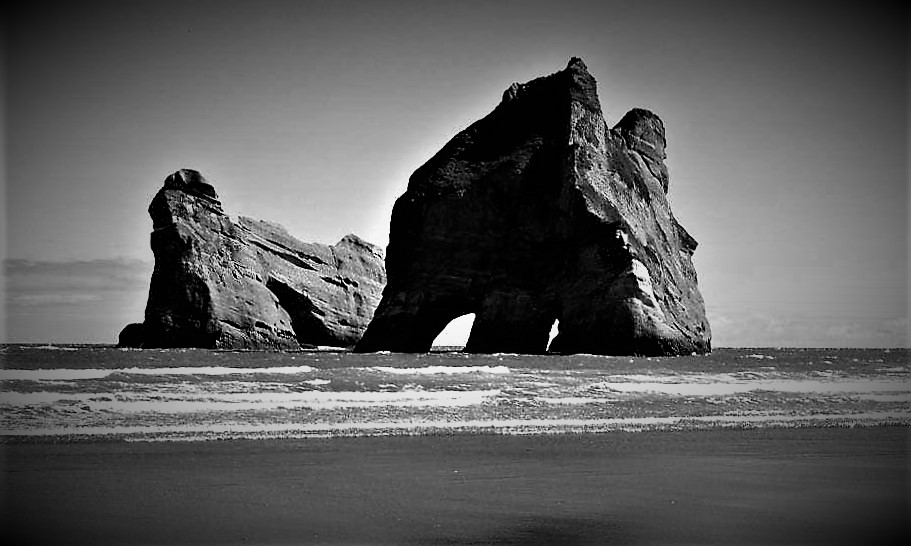 Wharariki Beach is a beautiful, but remote, wild and windswept region of coastline on the northwestern tip of the South Island that is considered a sacred place by Maori and believed to be an entranceway or portal between the world of the living and the deceased. A point of land named ”O te wairua o nga tangata o te Waipounamu”, where souls are said to depart from this plane into the realm beyond the living.
The north-facing sandy beach is accessible only via a 20 or so minute walk along a track starting at the end of Wharariki Road. The coastline is flanked to the east and west by erosion-sculpted cliffs, which frame the two popular and much photographed archway shaped islands that dominate the seascape. Due to the flat topography of the area behind it, the beach area and the grassy dunes behind it are continually exposed to high winds.
There are stories of lone figures seen wandering the beachline; as well standing around the archways and even sitting up on the huge mounds, to quickly disappear without trace.
Mysterious glowing lights have also been noted moving in and out of the dunes at night. 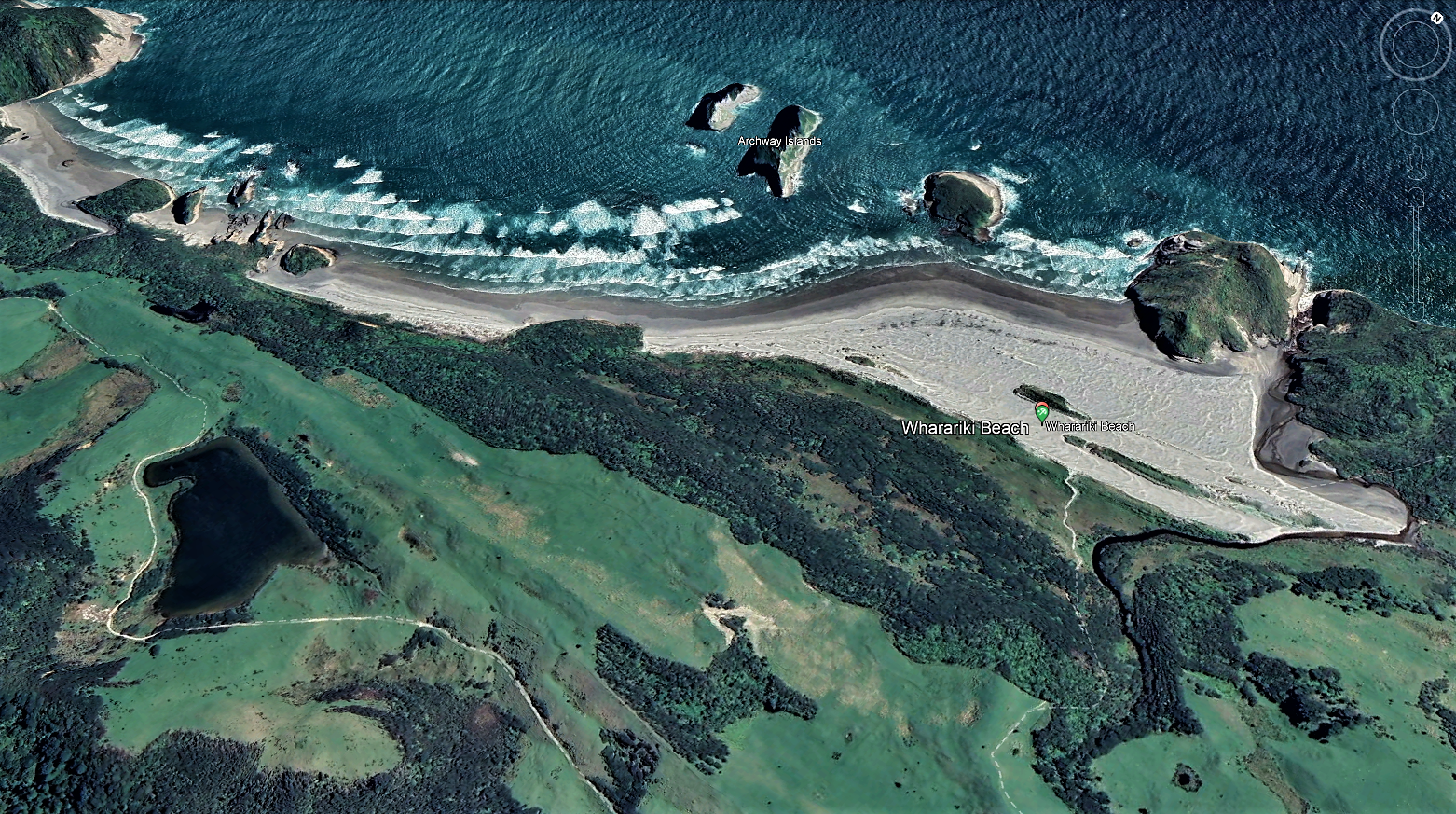