Tell us what you really think.

This Monday evening we take a step away from the famous ghost photos and take a dive right into the world of Cryptids with what is arguably the most well known, analysed, and disputed piece of footage since being filmed in 1967.

The Patterson-Gimlin film (or otherwise simply known as “The Patterson film”) is an American short motion picture of an unidentified subject which the filmmakers have said was a Bigfoot captured on film in Northern California.

Frame 352 (pictured) of the film, alleged to depict a female Bigfoot, known informally as “Patty.”

Patterson initially estimated its height at 6 feet 6 inches (1.98 m) to 7 feet (2.1 m), and later raised his estimate to about 7 feet 6 inches (2.29 m), described as a large, hairy, bipedal, apelike figure with short, “silvery brown” or “dark reddish-brown” or “black” hair covering most of its body, including its prominent breasts. The figure in the film generally matches the descriptions of Bigfoot offered by others who claim to have seen one.

So, my questions for you tonight are? Do you think the film is genuine? And is there any truth to any of the Ape-man Cryptid tales?

Tell us what you really think. 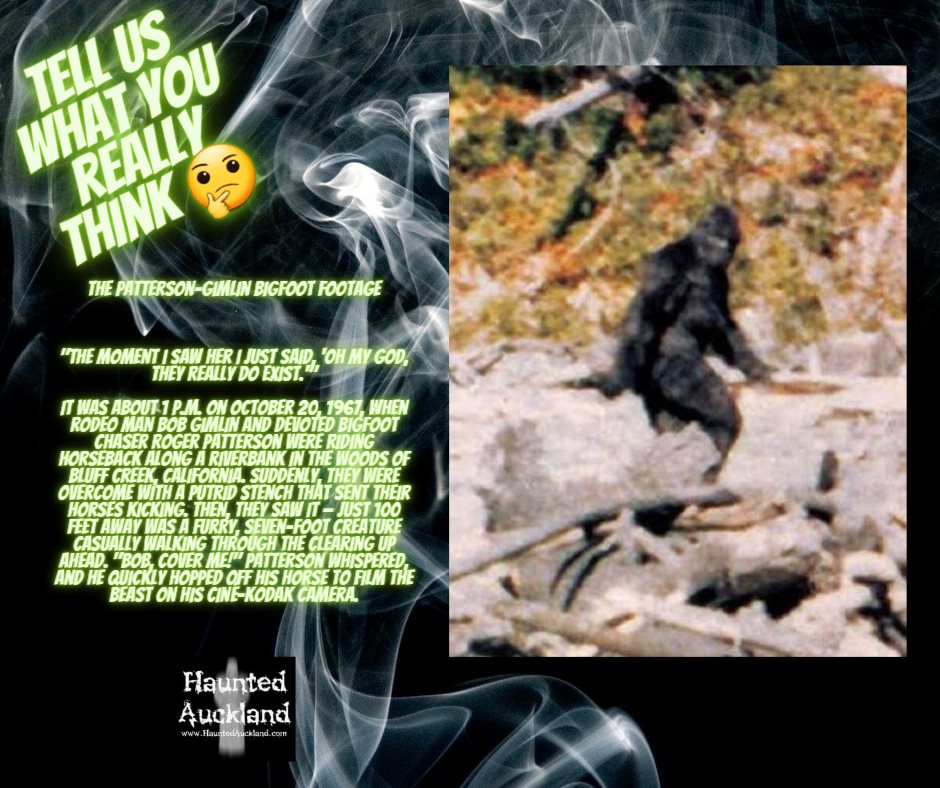