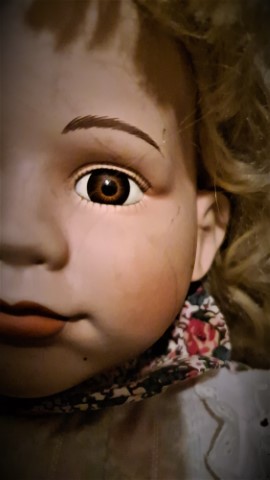 I get given items often these days. Maybe a little too often. Items that have been either gifted, inherited from a deceased family member, or purchased from an antique store, weekend junk market or garage sale. The owners are always certain that the item is haunted or has some sort of attachment.

Soon after receiving said items, things will often start to happen. Family members become ill, have an accident, fall on bad times. Worst-case scenario, a family member passes away. Sometimes it’s more physical and seemingly obvious; like household items moving, disappearing, then reappearing moments later after a lengthy frustrating search. Noises and sounds of movement are sometimes heard, like there is someone in the house. Then there’s the mental and emotional anguish that can sometimes suddenly set in. Uncharacteristic bouts of anger, sadness, anxiety, depression, paranoia. Not to forget also, the reported night terrors, sleep paralysis and hallucinations that can sometimes follow. The item in question is often, in my opinion, unfairly blamed for these events.

If I’m honest, I have absolutely no idea why or how these things happen. Whether these items I ‘’adopt’’ are truly cursed, possessed, or have some sort of malevolent spirit attachment, is something I have yet to find out. Perhaps it’s just bad timing or coincidence? Overactive imaginations? Misinterpretations of natural happenings?

What I do know is that the families or individuals experiencing these terrifying events are reaching out for help. Me being a life-long paranormal researcher, I feel it’s something of a duty to help out where I can and at the same time carry on with the research in the hopes of one day coming up with some solid evidence and an educated and fact-based explanation for what is going on. Using as much of the scientific method as possible to work through it all, of course. Everything happens for a reason; whether it’s a supernatural reason or something quite natural. There is always an explanation (or a cause) for every action.

I have a rather cramped little room in my house that I find space for the objects that I am given. The door is always closed, and two DV-R cameras run 24/7, recording continuously on a loop cycle.

I was contacted by a woman in Oamaru at the beginning of February 2021, about a doll that they had purchased from a garage sale. A deceased estate sale. Apparently the 90-something year old previous owner had passed away sometime in the last half of 2020. The family had cleared and sold her house and all her unwanted belonging were being sold on.

The woman took the doll home, but as they themselves were in the process of moving home, the doll was packed into a box and put with the rest of the storage in the garage. 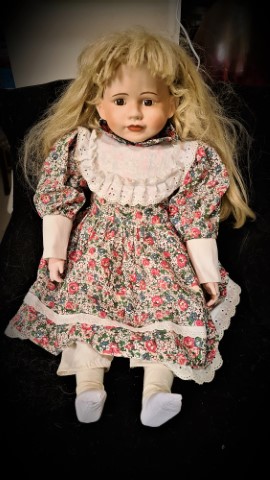 The husband lost his job during the Covid lock-downs. Nothing unusual, you might say. Many people have lost their jobs during the lock-downs, right? Then there were the illnesses. Two family members suddenly developed skin disorders. Eczema – like rashes and blisters on their bodies and arms. Finally, and pretty much the main reason the doll was offered to me; it kept leaving its box.

On entering the garage, boxes were often found on the ground, opened with items strewn around the place. On questioning, none of the family owned up to doing it. One box in question would often be found on the ground on its side and open. Thinking it had simply just fallen from the stack of boxes, it was put back up and nothing more said. Until about the fourth time if happened, when it dawned on the husband that the doll that was in the box was always sitting on the ground near the box. Sitting upright, like it was put there and not laying flat like it had just fallen out of a tumbling unbalanced box. Once more the family members were questioned, and again, no one owned up to tampering with the boxes. The last straw was when the husband went into the garage to get something. None of the boxes were disturbed this time; except one, at the very top. It was open.

Down below, on the ground again sat the doll. Upright like it had been put there. This time though it looked a little ‘’roughed up’’. One of her shoes was missing, her hair and clothing was all messed and dust covered, like it had been thrown around and one of her fingers had been broken off. The missing finger was never found.

Let’s just say it was an easy decision to get rid of the doll after that and I was contacted to see if I’d be interested in taking her. I received her by courier yesterday.

She’s quite a big doll. Standing about 65cms tall, with a bisque / ceramic hand-painted head, arms and legs. With a stuffed fabric body. No markings that I can see.

I’m interested to know more about this doll and where it may have originated.