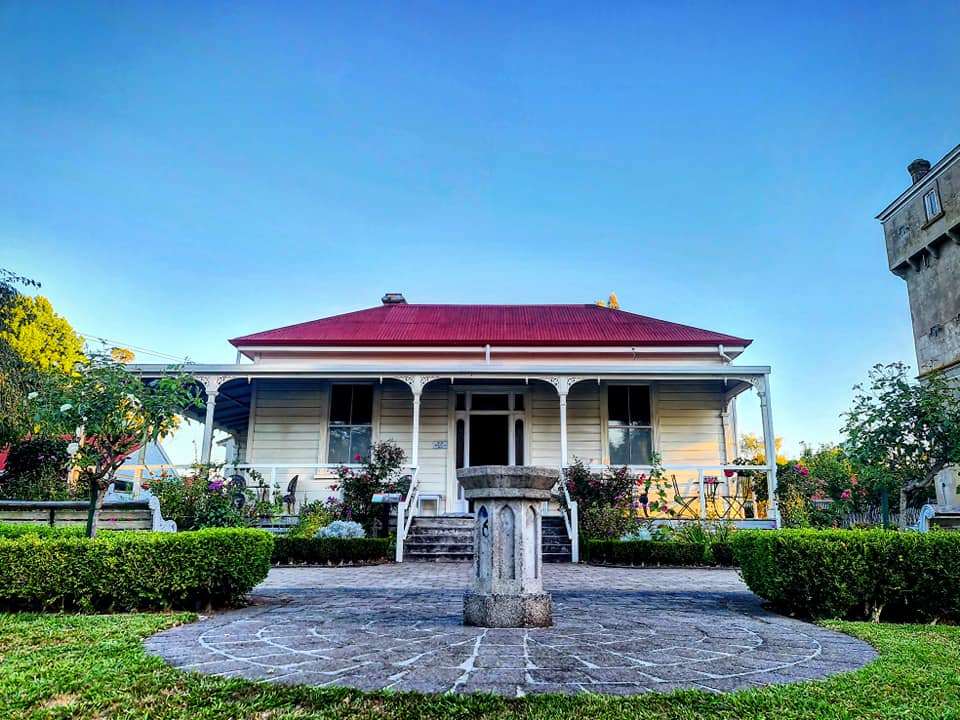 The former McCaw Homestead stands on the site of an earlier dwelling, which formed the centrepiece of the Matamata Estate. The estate was established by Josiah Clifton Firth (1826-1897) in 1865 when he leased large areas of land from its Ngati Haua owners, through his friendly relationship with one of their leaders, Wiremu Tamihana (?-1866). Firth was a prominent Auckland businessman, who profited considerably from access to Maori land after the Waikato – or third New Zealand – War (1863-1864). After Tamihana’s death in 1866, he gained control of over 20,000 hectares at Matamata for just £12,000, which he soon set about converting into prime agricultural land. Having large amounts of loan capital at his disposal, he organised the drainage of swamps, fertilisation of ground and introduction of up-to-date machinery. By the 1880s, the estate was considered to be the New Zealand showpiece of modern rural technology.

Firth built a country villa on the estate in 1879, to which a concrete tower was added in 1880-1882. Known as ‘The Towers’, it was erected on the same plot of land where Tamihana is said to have died. During the economic decline of the later 1880s, Firth relinquished the estate to the Bank of New Zealand by way of foreclosure. In 1895 the Assets Realisation Board took control of the land, appointing John McCaw (1849-1930) as manager. McCaw had earlier been assistant superintendent for the New Zealand and Australian Land Company in the South Island, where he had been influenced by the approaches of his superior in the company, Thomas Brydone – a pioneer of scientific farming methods. On his arrival at Matamata, McCaw set about continuing the work that Firth had started by further draining the estate, applying chemical fertiliser and stocking the farm with English Leicester sheep, Hereford cattle and Clydesdale horses. Permanent staff sowed large areas of land in grass and crops, while many Maori workers were additionally contracted for ploughing, harvesting and shearing. 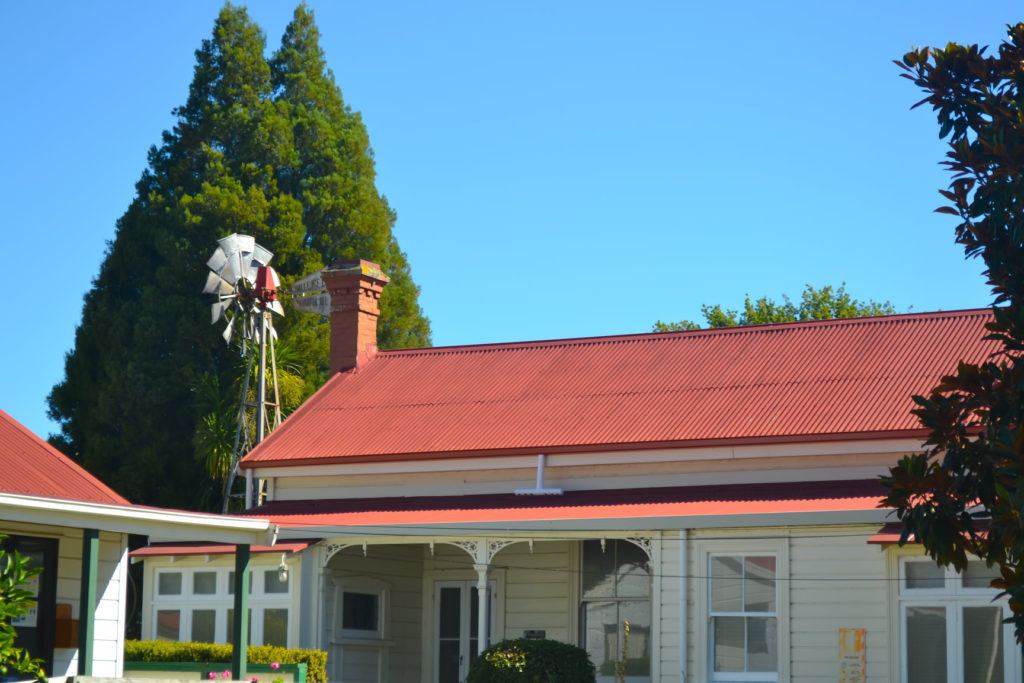 McCaw and his second wife, Frances Buckland (1863-1949) – herself the daughter of a member of the nineteenth-century landed aristocracy in Auckland, Alfred Buckland – moved into Firth’s homestead, which subsequently burnt down in June 1902 after a accidental fire. McCaw immediately set about clearing the site and constructing a new house said to have cost £450, which may have been completed within a few months. The new dwelling was built in an almost identical position to the previous structure but was slightly detached from the concrete tower, which had survived the blaze. This positioning may either have been because the tower was believed to have contributed to the conflagration by creating a downdraught, or because such elements were no longer fashionable elements of residential design, or perhaps both. Towers at this time could have been seen as symbolic of wealth and excess at a time when a greater emphasis was being placed on egalitarian ideas in New Zealand society.

Shortly after the building’s construction, the estate was divided into 117 farms allocated by ballot in 1904. The breaking up of large landholdings was a popular policy adopted by the first Liberal government in an attempt to allow more people to make a living from the land. John McCaw was himself exempted from the ballot process, being allocated the homestead farm of nearly 400 hectares by the government on the basis of his superior knowledge of farm economics and management. In the first season after the ballot, he was producing twelve cans of milk per day from a hundred cows, while the average supplier produced only two cans from smaller herds. 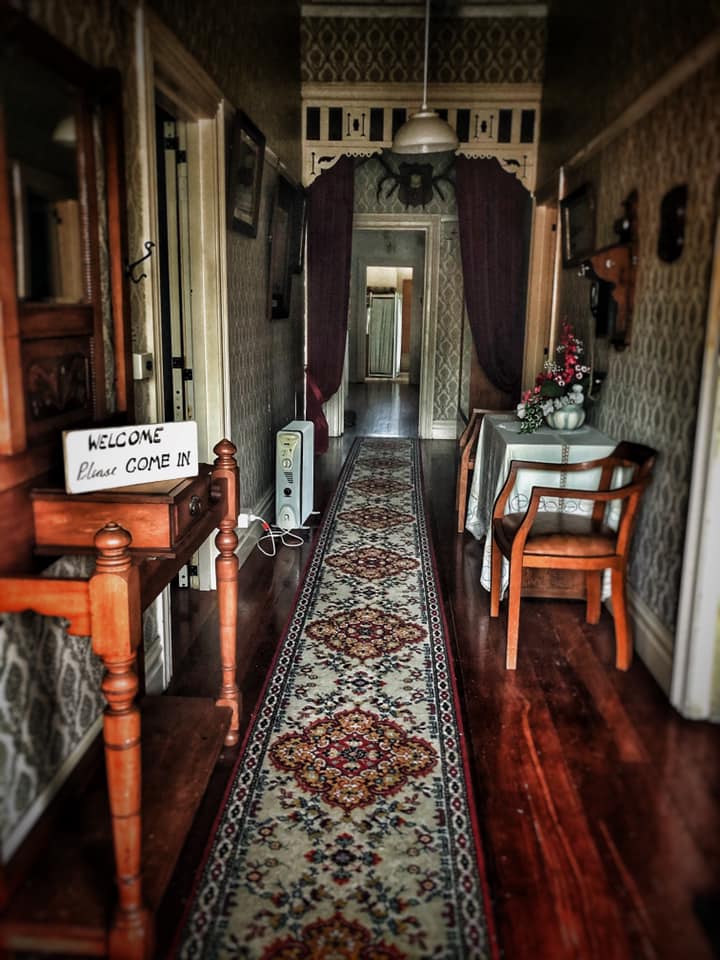 As the largest homestead in the district and the oldest established farm in the area, the building was a place of social gathering. The Cambridge Hunt met outside its door, and the Premier, Richard Seddon (1845-1906) spent an afternoon there while on a visit to assess the progress of the balloted farms. The McCaws occupied the farm until 1917, having made a few alterations to the building including the creation of an office in a partly-enclosed verandah, which was extended towards the rear of the house. During his occupation of the homestead, McCaw had been chairman of the Matamata Road Board (1895-1905), Piako County Council (1895-1909) and Matamata County Council (1909-1917), as well as having led the St Andrew’s Presbyterian Church management committee and Matamata Domain Board. He was also a member of the Auckland Military Service Board during the First World War (1914-1918), while his wife was president of the local Red Cross Committee. Their eldest son Jack was killed at the Front in 1916.

The farm was subsequently purchased by a group of merchants from Wellington and elsewhere, after which the building was occupied by various tenants. The land was further subdivided before being bought by A. W. Vowle, when the farm consisted of just under 100 hectares. In 1972, the homestead site was jointly bought by the Matamata County and Matamata Borough Councils, with the intention of establishing a museum. The homestead and tower were opened for that purpose in November 1978 as the Firth Tower Museum, since when structures from the surrounding area have been introduced to the site and newer buildings erected. Significant changes have been made to the building since its purchase in 1972, including the removal of many internal walls, especially in the central part of the building. The homestead and its displays on early twentieth-century life form a centrepiece of the museum, which is open to the general public on a daily basis.

Infrared light is invisible to the human eye, so this footage was only discovered afterwards when going through the night’s camera footage.

It was not noticed at the time.

We are not claiming this to be paranormal activity, thought we did think it was interesting that the flashing and dimming only occurred during the questioning, and not outside of that.

At this stage we are thinking it was either faulty equipment or faulty wiring in the building, though we will be returning to Firth Tower Museum again soon for further investigation.