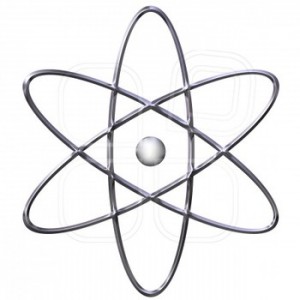 We’ve all heard the terms scientific theory and scientific method thrown around in the paranormal field. But how many of us truly know what they mean? I myself have used those words frequently in my writing over the years, and have only truly begun to understand them recently.

The scientific method involves a series of steps to follow. A researcher can spend more time on one step than another, and can add extra steps or modify it slightly to fit what he or she is doing, but a good starting place is as follows:

Step 1- Make an observation. Sounds simple enough, and it is if you are paying attention to your surroundings in a location. Our example for this article will be the following observation: When my team turns on black lights, paranormal activity comes to a halt.

Step 2- Ask a question. This again is very simple. After making the observation, the investigator would most likely ask: Could the black lights be affecting the activity?

Step 3- Develop a hypothesis. The words hypothesis and theory are often mistakenly interchanged for one another. A hypothesis is a tentative claim put forth in order to be tested and examined. In our example, the hypothesis that a paranormal researcher could come up with is Black light has a negative effect on paranormal activity. This is NOT a theory—it is a hypothesis to be tested within the field location.

Step 4- Experiment. This is where the testing of the hypothesis comes in. At this point, the researcher would start devising experiments to either confirm or disconfirm that black light has a negative effect on paranormal activity and collecting the data from these experiments.

Step 5- Accept or reject the hypothesis. If the data analysis from the experiments leads to the black light indeed having a negative effect on paranormal activity, then the researcher would accept this hypothesis as a valid scientific theory.

But how is it a theory if it is already proven, you ask? This is where the understanding of scientific theory comes in.

A scientific theory is different than theory in terms of everyday rhetoric. In everyday rhetoric, I could say that I have a theory about why someone lied to me or why a light bulb won’t stay on, but have no proof that my reasoning is accurate. In science, this would be a hypothesis but honestly people are not going to go around in their everyday existence saying things such as “I have a hypothesis about why you lied to me!” or “I have a hypothesis about why that light bulb won’t stay on!” Hence, the loose use of the word theory was born.

A scientific theory is what a hypothesis becomes after it has been tested and data has been analyzed—you can view the hypothesis as the caterpillar and the theory the butterfly, if you will. A scientific theory has to meet certain criteria, and—here is the kicker—it is NEVER, EVER a 100% accurate claim that cannot be disproved! In order for a scientific theory to even be considered science, it must have the potential to be falsifiable. In other words, it must have the chance of someone else coming along with a new hypothesis, a new set of experiments, and the result being that said theory was a big
stinking pile of bull. And the researcher that came up with said theory must be fully prepared to be told to “buck up, sunshine—time to go back to the drawing board!” A scientific theory must also be able to be modified and built upon as new research and data is completed, and is a work that is never considered to be finished.

These are all things that must be understood in the paranormal field before using terms such as scientific theory and scientific method, and can help us go much further within the realm of paranormal research than imagined.

For those who are still interested in the science aspect, the next article in Paranormal Research: The Science Series will explore methods used to confirm and disconfirm a hypothesis, and which one seems to work the best.