Feb 20th 2021, Haunted Auckland’s Mark, Aimee, Sam and Guest Investigator Clint Lawson spent a night investigating various buildings within the stunning grounds of the Firth Tower Museum in Matamata.
One of the buildings documented that session was the old Barn, complete with its own little movie theatre. Here you will find exhibits of the “drowned” Hora Hora Dam, Matamata’s doctors, dentists and hospitals, the history of movie going in Matamata and Waharoa, the Kaimai NAC disaster and late 19th and 20th century wars. There are interesting displays of horse transport, delivery and passenger vehicles.

We were told a story about a woman doing the tour of the barn and she saw a man in military uniform walking around (in the barn) only to be told later by staff that she was alone in the barn and there was definitely no one dressed in military uniform on site at the time.
Also in the barn, a Maori lady with children mentioned that she felt the barn was “tapu”. As the children entered the building, they became quite agitated and frantically started pointing at “something” and getting quite upset, which resulted in them making a quick exit. What was in the barn that scared this family off? 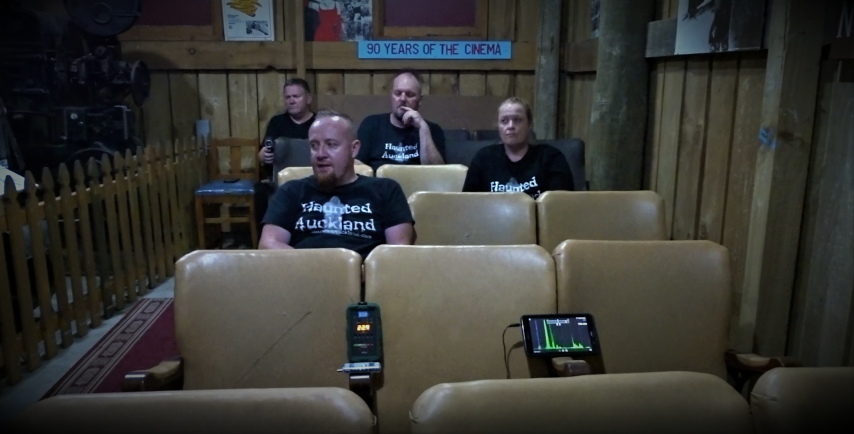