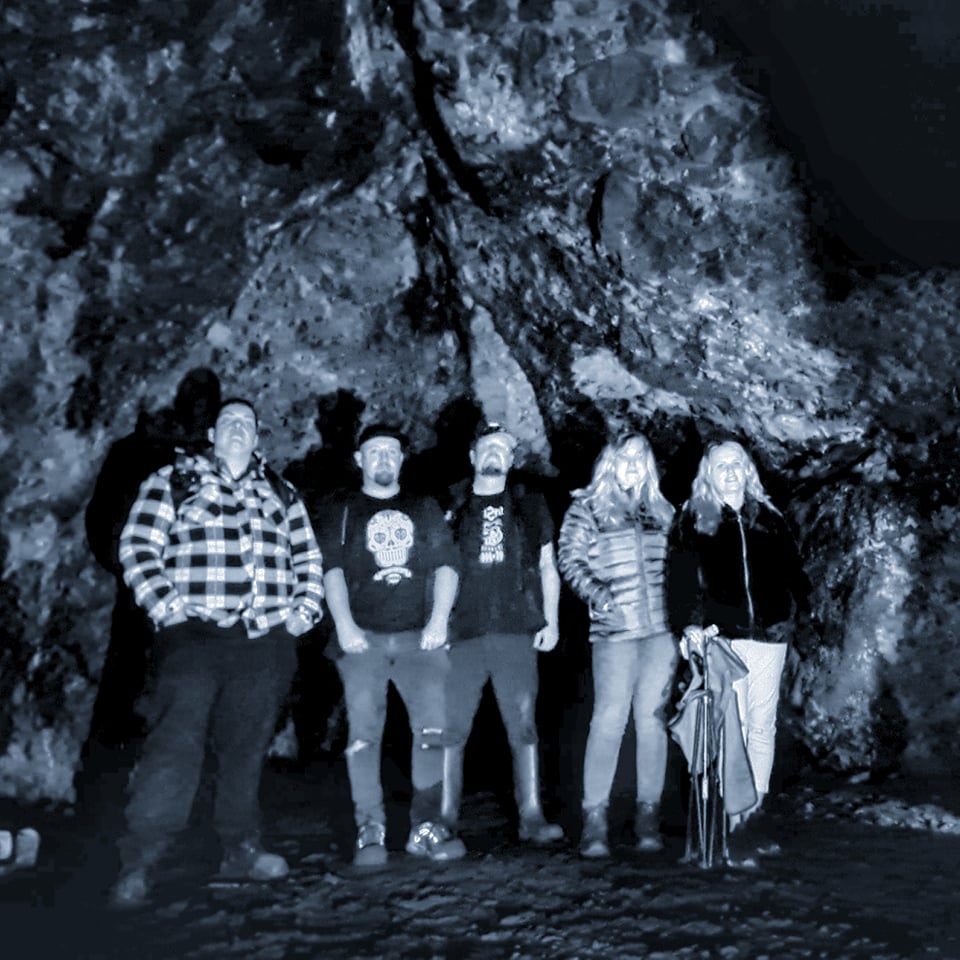 I am not one to pass up on an adventure, especially now that we have the self-contained Bongo van.
We loaded in our gear and headed towards the Waitakere ranges. You really can’t fault the drive out there, beautiful views, not too long. Music lasted on the radio until we hit the dirt roads and I loved zooming through the seawater that was crossing the road in Huia.
The van really struggled around some of the corners heading up the hill as you really get close to Whatipu, but that is part of the experience in the ol’Bongo. We got down to the campsite and got stuck in the mud, the DOC lady helped push us out and then we realised we didn’t have the torches… so back we went. Glad to say after we stopped at every store from there into Takanini, that we left with the last two torches for sale in the district.
Once we got back to the lodge and drove up to our destination, it really hit me that this place was pretty special. Not only do the surrounding mountains shelter the farm, but the make for an impressive view. Clouds zooming across the top of them, but barely a breeze hitting your face. Majestic.
We met Mark and the team, who were far more prepared than we were. Then were invited to throw down our gear in the Whatipu Lodge homestead right in the centre of the complex. You know that musty old smell that fills your nostrils, leaving you with the faint unease. Yeah, that’s this place. That dusty smell that reminds you the people who were once calling this place home were long gone. Yeah, that’s this place.

Tattered wallpaper, that we were told was original. A narrow staircase with the landing looming overhead. Pull cord lights or big old switches. It’s a big house, even by todays standards. With plenty of windows on both sides. The Gibbons family must have been prestigious, whomever they truly were. Their lives now just a rehearsed story told to anyone who asked about the history of the place.

The master room where the infamous Pink Lady was at the top left – so naturally that was where I was going to make Abbey sleep for the night. Something about making her follow through with full immersion plus the shocked look in her face just makes it even more fun.
After a few photos and spotting a chicken up the top of a tree, we all geared up and trekked out towards the caves. Mark had explained that local party goers had at one stage built a dancefloor in the big one, but how over time it now lay buried by the sand. This walk was probably the highlight of our adventure. Not only was the walk beautiful, with the day fading into a subtle sunset and the fleeting glimpses of the distance lighthouse throwing a perfectly timed flash of light our way, but we practically swam for half of it. Nothing says adventure like wet socks and the squelch of mud from your fellows’ shoes.

The cave was a vibe. The acoustics in there were incredible, no wonder they like to host dance parties there. I have already made plans to go back with a guitar and friends for a jam, it was just that good. As we sat there and observed, asked if there was anyone there that wanted to make contact. I could just feel how many good times were had there, echoes of first-time snogs in the very back corner, drunk groups of friends in the early hours walking out and down to the beach. I did capture a few interesting photographs, that we worked through and eventually debunke 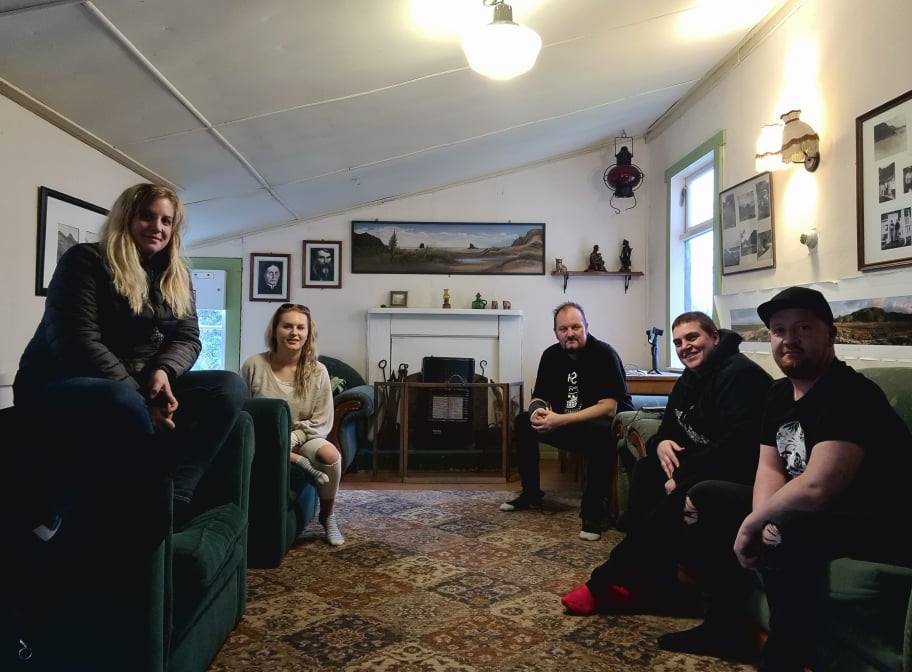 d. But aside for a few creepy sounding bird-bats, I didn’t get to speak with any of those people who left the memories that were still dancing in there.
We made the muddy trek home, with a short-cut turning into a “I think we should’ve gone the other way” moment. With lots of laughing and massive smiles slapped across mine and Abbey’s faces. I heard the wings of a Kereru swoosh past and I was content going back to the lodge for a vegetarian sausage and a hilarious game of pool.
We set up the investigation gear and got really into the second attempt to communicate with anyone who may have stayed behind. The Gibbons family, any children that once filled the rooms there. But however spooky the house was and no matter how many bedsprings I heard move, we didn’t get to meet with our wanted woman, Matilda Gibbons, “The Pink Lady”.

She really did leave me ghosted.
All-in-all the Whatipu Lodge homestead does look like a place where we would feel bad or ominous jujus. We didn’t. Neither I nor Abbey got anything from the house except for mild asthma and future plans to visit again. Highly recommend.