A bizarre and amusing webpage came to our attention recently. It involves an alleged cover-up by Paranormal NZ, aka Haunted Auckland, in a case named the “Johanna Laing Conspiracy Theory”.

The webpage gives information on the alleged sighting of a ghost in Laingholm, Auckland, purported to be the spirit of Johanna Laing, the daughter Edward Laing the founder of Laingholm. According to the webpage, investigators from Paranormal NZ “tried to hunt down the spirit of Johanna in early October 2003” and “found something shocking” after which “the case disappeared from the groups site as well as all evidence that a case was ever filed”. The website includes a doctored screenshot of the Paranormal NZ website showing a link to an article on “Operation Johanna Laing”, and another cryptically to “Number 12 Pine Street”.

Since we had never heard of this case of Johanna Laing before, the team found these conspiracy (or possibly “consiprcy” according the page) claims highly amusing! We thought we would share a copy of the page below for the entertainment of our readers.

Odd claims from the webpage:

What do you think? Is this the imaginative prelude to a fictional novel with a kiwi paranormal theme? Does the spirit of Johanna really haunt the native bush and beaches of Laingholm? Let us know your thoughts in the comments. 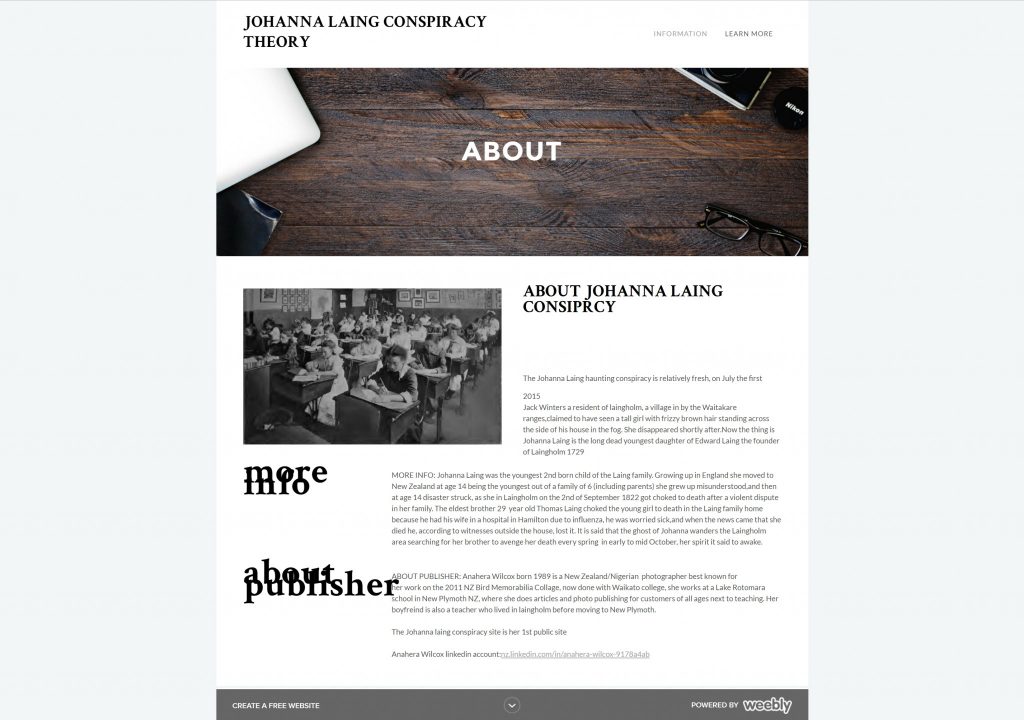