I often read various statements in Bigfoot Facebook groups such as, “I won’t believe it until science proves it” or “It’s not real unless it’s been proven by science” or “Unless it can be proven scientifically, then it doesn’t exist or it can’t be true.”  Statements such as these are made by individuals who put their Blind Faith in science.  They’re skeptics regarding any information/data that comes from personal observation, life experiences, and requires the use of Common Sense. 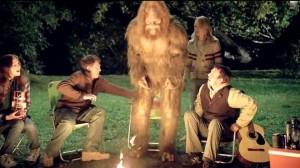 You didn’t need a Scientific Study to prove that chairs work.  You simply sat down in the chair without any confirmation from Science.

How many of you have smelled, heard, and/or seen a Bigfoot?  You’re a KNOWER.  Although Science has not confirmed the existence of Bigfoot, to you, it’s irrelevant because you KNOW that they exist.  You’ve smelled it, heard it, and/or have seen it.  You don’t need Science to tell you that Bigfoot exists.  That’s silly!!!

A “Half-Assed Backwards” Use of the Scientific Method 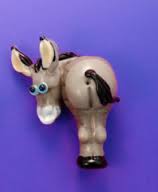 People who say that something doesn’t exists or can’t happen unless Science says it does or can are engaged in the “Half-Assed Backwards” use of Science.  Simply put, they don’t understand how the Scientific Method works.

While pursuing my Doctor of Psychology degree, I had a Research Statistics professor who made the following statement in class, “Good research proves to be true that which others already knew to be true.”  In other words, good research springs forth from anecdotal information (i.e., The observations and experiences of life and the world we live in).

Many moons ago, a bunch of moody men were working in the Salt Mines in Australia.  Somebody observed that the moody men were becoming emotionally stable over time (i.e., Anecdotal information obtained through observation).  A Medical Doctor decided to conduct a research study based on the anecdotal information and discovered that a Salt-based medication could help to stabilize the emotions of people who were diagnosed with Bipolar Disorders/Manic Depression.  In short, his research proved to be true that which everyone already knew to be true.  His Scientific Study merely confirmed the observations of others and Common Sense.  Science is NOT the answer.  Rather, Science merely confirms Common Sense (i.e., What everyone already knew to be true is actually true).

The Bigfoot Phenomena and the Scientific Method

Whether or not Science ever confirms the existence of Bigfoot has no bearing on whether or not Bigfoot actually exists.  Those of us who have smelled, heard, and/or seen the Bigfoot/Forest People KNOW that they exist.  Science is NOT the ultimate guardian of the truth.  Science merely confirms observation and anecdotal experiences.  Science proves to be true that which others already knew to be true.

Now let’s address various other reported phenomena related to observing and/or encountering the Bigfoot/Forest People all over the world.  You know, the observations and experiences that are often repressed by the real Bigfoot Researchers and organizatio 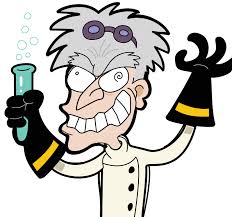 ns such as the BFRO.  God help the credibility of the real Bigfoot Researchers if the word got out that encountering the Bigfoot/Forest People is often accompanied by Zapping, Mind Speak, Cloaking, Orbs, etc.  I mean, the rest of the world has difficulty believing in the existence of Bigfoot let alone adding Crazy/Kooky stuff like the paranormal, right?

To be quite honest, I was one of those real Bigfoot Researchers who didn’t like the Crazy Kooks bringing up silly stuff like Zapping, Mind Speak, Cloaking, Orbs, etc.  Those Crazy Kooks were bringing up things that were not proven by Science.  Therefore, those paranormal experiences could not be true.  They were discrediting our very serious and genuine research. 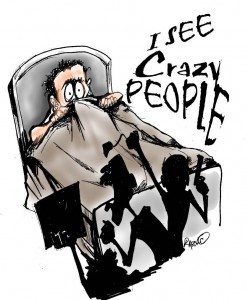 So today, I’m much more open-minded about anything that anyone brings up about the Bigfoot/Forest People.  So when I hear others adamantly state, “Unless science proves it to be true, it isn’t true or it can’t happen”, I just chuckle.  Yes, I was silly just like them.  I put the cart before the donkey.  In other words, I also engaged in the “Half-Assed Backwards” use of Science.  There can’t be anything further from the truth.  Hundreds, if not thousands of people, have seen or experienced Zapping, Mind Speak, Cloaking, Orbs, etc.  This is very important anecdotal information that must not be repressed, ignored, or bullied into silence.  Rather, it’s important data to be used as a springboard for Science to study.  Once again, Science is NOT the answer.  Science merely confirms to be true that which others already knew to be true.  The Scientific Method often confirms Common Sense and Life Experiences.  Don’t be a “Half-Assed Backwards” user of the Scientific Method, especially when it comes to the Bigfoot phenomena.

Dr Matthew A Johnson (“Dr J”) is the Founder and Owner of Team Squatchin USA. On July 1, 2000, he has a “Class A” Bigfoot encounter with his family while hiking on a mountain above the Oregon Caves National Monument Park. After his life changing sighting, he went public and described one of the most intense encounters ever.
View all posts by Matthew Johnson →