The general consensus surrounding the phenomena of demon possession appears to differ over a broad range of cultures, religions, and beliefs. Not only is very little truly understood about this subject but the topic alone is frowned upon by many religious societies and medical practitioners in the field of psychology. Regardless recent exorcism attempts that have resulted in homicide incidents have attracted society’s attention to what now demands more analyses be done on cases such as those and what measurements should have been taken to prevent such tragic incidents. Research shows that what some might consider a demonic possession could in theory have a mental ailment to it rather than a spiritual one.

The Catholic Church is very adamant that demon possession is real and one must not be underestimated or confuse it for a mental illness, the Church proclaims its authenticity and warns of its perilous nature. I will attempt to highlight some of the major factors and points in regard to what is considered a possession while attributing facts not only from a religious point of view but a medical one as well. 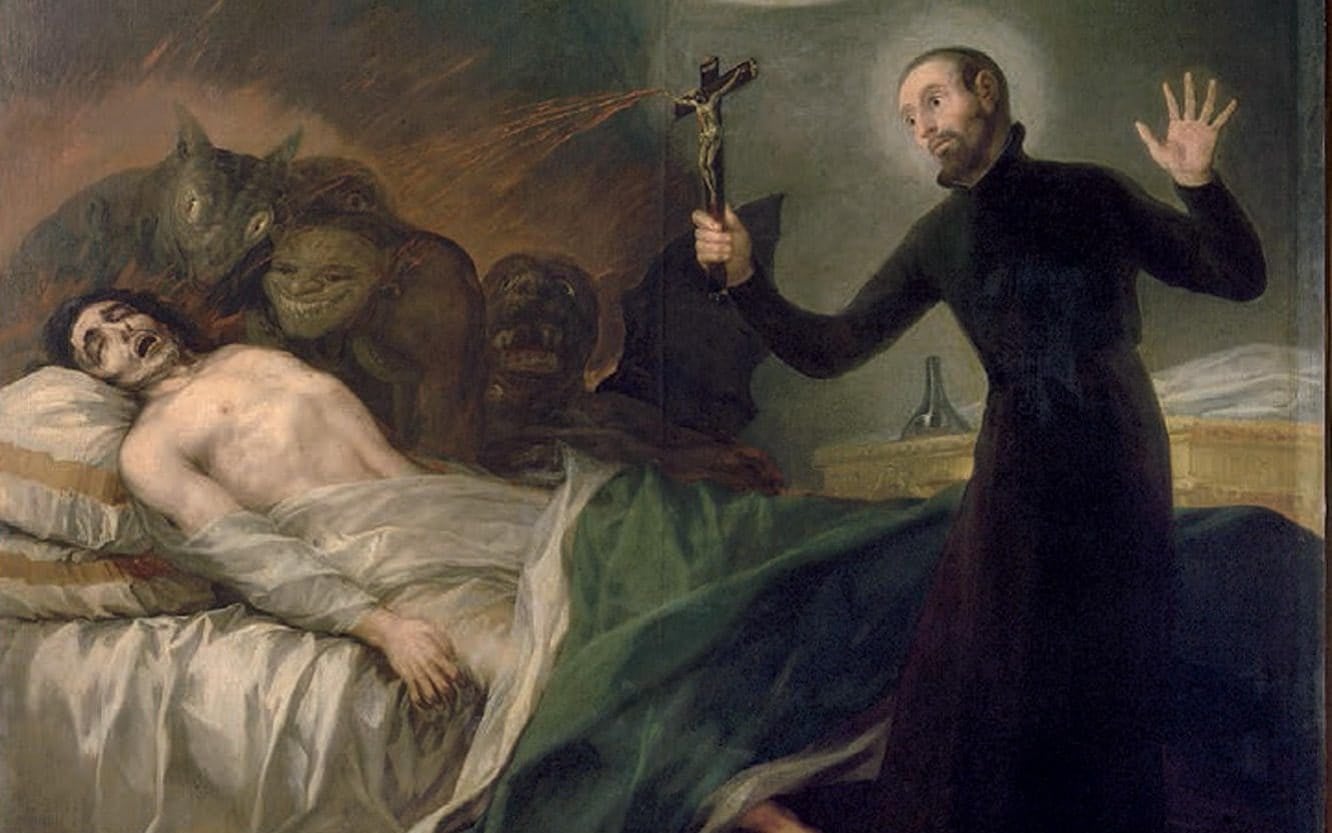 Possession by a Demonic entity has been described as one’s mind, body, and soul being seized by an evil entity that set out to torment its victim and everyone associated with them. It is believed that a ritual such as an exorcism has to be performed in order to rid the victim of this entity. The word exorcism derives from the Greek word for oath, “exousia”, to exorcise thus means placing the possessing spirit under oath-invoking a higher authority to compel the spirit-rather than an actual casting out” (Randford, 2013). The victim is supposedly in a constant battle with the evil entity for one’s soul and sanity. General symptoms of possession include severe depression, anxiety, self-harm tendencies or even having ill intent towards others for no reason. In 2014 Giuseppe Ferrari who is part of the Catholic research group organization emphasized the growing need for priests to be trained in performing exorcisms (Squires, 2014).

Demon possession seems to be on the rise in the modern age, and according to Ferrari, this could be due to more people dabbling in the occult, black magic, paganism, and other unknown occult activities. It is widely recognized that the Roman Catholic Churches still perform exorcisms but only by authorized priests. The Vatican first issued official guidelines on exorcism in 1614 and was later revised in 1999 (Randford, 2013). In December 2015 a woman was found dead in Frankfurt after an apparent exorcism went wrong. It is believed that her son and daughter among two other suspects were convinced that she was possessed by a Demon and so had attempted an exorcism. The ritual proved to be fatal as she was beaten and tortured to death and her accused killer was found guilty of manslaughter.

Hollywood’s glamorizing of possessions and demons in films is fueling a sense of paranoia in society. In the weeks following the release of the film “The Exorcist” in 1974, a Boston Catholic centre received daily requests for exorcisms to be carried out (Randford, 2013). Hollywood might have exaggerated or even mislead the whole concept of what possession really is for entertainment purposes, however this does not impose that actual demonic possession is not real. If anything Hollywood might have just placed emphasis on an age old phenomena. If you look at religions before Christianity such as Cregoroman, Babelonian and even the Egyptians, these were all cultures that documented the existence of spirits and possessions (Cunningham, 2015). Throughout the Bible alone there are about two dozen references to Jesus performing exorcisms. The Catholic Church set up the “International association of exorcist” (IAE) organization to deal with the growing demand. Adam Blai who is from the IAE organization and also an Auxiliary member of the church understands the skepticism that goes along with their line of work.

He stated that “without a direct experience I think it is natural and rational to conclude it is not real” (O’Neil, 2014). Mr Blai is a renowned psychologist that is frequently called upon to rule out any psychological factors that might be present in a supposed possession. He works alongside one of the many Roman Catholic Priests and Exorcist Father Mike Salvagna who conducts most of the exorcisms.

Distinguishing the dominant traits of an apparent possession by a demonic force might not be as far off as Hollywood made it out to be. These traits could overwhelmingly distinguish between an apparent demon possession or a mental illness. Among those traits are the exhibitions of superhuman strength: knowledge of languages outside of a person’s education or training; demonstration of hidden insight into a person’s private life or pas indiscretions; and aversion to all things spiritual-holy water, the mass, a crucifix, or the name of Jesus (Carol, 1999).

Furthermore to the traits outlined, some of the most excessive demonic possession cases known till date had exhibited exceptional symptoms by their victims, such one case is that of Annelise Michel (1973) who displayed signs of polyglossiam xenoglossia, amnesia, polyglossic vocals, precognition, a change in social behavior, retro cognition, scared aversions, preternatural occurrences, a change in personality, aggressive or violent behavior, precognition abilities, glossolalia and confusion. Unfortunately their attempted exorcisms carried out by the Priests Ernst Alt and Arnold Renz had failed and she passed away due to mail nutrition and dehydration, along with other health ailments combined. The Priests were found guilty of negligent homicide at the time and were sentenced accordingly. Annelise’s case was a controversial one, she was known to have suffered from depression and epilepsy and was also treated for psychoses including schizophrenia at the time. This led many to believe that she was suffering from mental illnesses and was in fact not possessed as her priest and family had believed.

Till date it cannot be confirmed beyond a matter of doubt that Annelise condition was in fact a medical one or paranormal phenomena. Pastor Mark from the Christ Community Church believes that sometimes it is the case that mental health is misdiagnosed as possession and possession missed diagnosed as mental health (Ashton, 2014). Up until a few hundred years ago people that suffered from psychiatric problems like psychosis, schizophrenia, bipolar and depression to name a few, were perceived to be possessed (Diamond, 2014). “Following the enlightenment, and particularly within more academic or scientific circles, it has been popular to demythologize the Gospel stories of demon possession, anthropologists, psychotherapists, psychologists and psychiatrists see beliefs about demonology as being culturally or socially determined explanations for problems which can otherwise be fully explained in sociological, psychodynamic, psychological or psychiatric terms”(Cook, 1997). Further studies have yielded the possibility that a link could be made between schizophrenia sufferers and those believed they are possessed.

Symptoms associated with being possessed seem to correspond with many symptoms schizophrenic patients exhibit. These include hallucinations, emotional withdrawn, paranoia, hearing voices etc. People who are supposedly possessed believe they can hear and communicate with Angels and demons among other abilities.. Prof Vincent states that schizophrenia is more common than initially thought, apparently about 1% of the population worldwide suffers from this disease, that is about one out of every one hundred individuals (Schizophrenia: Stolen minds, stolen lives) He goes on to explain that schizophrenia is a unique human disorder, and no one knows what causes it. Not knowing one has schizophrenia could hold disasters consequences if left untreated. People have been self misdiagnosing serious mental conditions for spiritual problems for many centuries, and in many under developed countries this is still an ongoing practice.

Demonic possession and the exorcisms that followed have been documented multiple times in the Bible and certain Holy Scriptures. Clements is re evaluating many of those documented cases and believe there may be an alternative theory to it these so called accounts of demonic possessions. Clements suggests that many of these cases could have been misinterpreted and taken out of context completely. He explains that what was referred to as a demon could actually be a personification of a repressed unconscious instinctual life instead. Furthermore he adds that “contemporary psychiatry has not totally abandoned demonic terminology and that a syndrome labelled “possession by Osterreich is still widely debated and that in modern day it is termed “multiple personality disorder (MPD). In the case of Saul’s possession documented in the Old testament, “Saul’s insanity is ascribed to an evil spirit (1 Samuel 18:10, 19:9), but significantly this is sent from the Lord, and no mention is made of demons at all in respect of Debuchadnezzar’s psychotic breakdown (Daniel 4) which also has the characteristics of lycanthropy (the delusion of being a wild animal) a rare dissociative illness that is readily interpreted as possession” (Clements, 1996).

Another example extracted from biblical scriptures was the “accusation that Jesus himself was possessed, this seems to be related to what his opponents interpreted as paranoid or megalomaniac delusions (John 7:20, 8:48, 10:20), the same accounted for the epileptic (seleniazomai) boy who was also accused of being possessed (Matthew 17:14-21). It appeared that a mentally-ill person was simultaneously mad and demon possessed in those days. It stands to reason what if a proper medical diagnoses could have been determined back then and the proper required medication was available, maybe those individuals would not have so easily been labelled possessed. This amplifies the theory that a medical condition 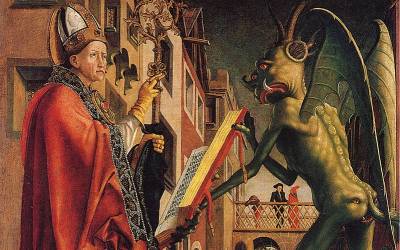 could have easily been mistaken and perceived as a spiritual condition instead.

A sociologist professor from the University of Alberts explains that “objectively demons are not real, subjectively they are very real, and “something is real- if it is real in its consequences” (Kent, 2014), which leads to conclude that an exorcism might in fact be very beneficial for people who believe they are indeed possessed. Psychologically speaking there is value to an exorcism because of the cathartic affect it has on a person and because of their faith in it (Diamond, 2014). Many experts see exorcisms as a problem of the mind and not the spirit. “To the extent that exorcisms work, it is due to the power of suggestion and psychology (Randford, 2013).

If conventional therapy has failed and an exorcism works, then the assumption must be that exorcism was needed though (Clements, 1996). This tells us that there is indeed a purpose to this ritual and that it might even have a positive result for many. About 450 million people worldwide are affected by mental neurological or behavior problems, people who do not understand their condition and in most cases don’t even realize it’s a medical issue.

Documented proof of a demon possession is yet to be properly documented till date. However like many other paranormal phenomena’s this does not mean it does not exists. Regardless of how it is perceived by the Church, society or medical professionals, all do agree that demonic possession exist to a degree for each to their own. How one decides to proceed and or treat this problem is up to your beliefs, culture and religion. The terminology behind possession might differ in many fields and among many aspects, but ultimately I believe that if medical professionals were to work closer with religious authorities and psychiatric institutes, a lot more about this phenomena would be better understood, documented, revealed and treated.