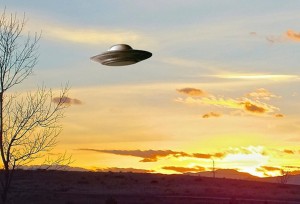 Scientists are welcoming a new website that encourages people to record their UFO sightings.

Veteran Hamilton air traffic controller and pilot Graeme Opie is behind the UFO Focus New Zealand Research Network, which aims to document sightings of unidentified objects in the sky. He says the network has received 48 reports of strange objects in New Zealand skies in the past 12 months. While some could be explained by natural phenomena, most could not. His interest stemmed from a fast-moving “bright silver object with a sparkling orange tail” he saw in 1995 from Hamilton Airport’s control tower. A similar object was seen by other people as it sped from Tauranga before disappearing south of Waitomo, he said.

The air traffic control radar centre confirmed there were no aircraft in the area at the time, and witness interviews indicated that the object was not a meteorite or fireball. “I just happened to be looking in the right direction at the right time. I found it most interesting that it didn’t appear on our radar screens.”

New Zealand has a history of UFO sightings, which include events such as the Kaikoura lights, the Ngatea landing site mystery, and the Gisborne UFO event that took place in the late 70s, complete with sightings of silver-suited humanoids in the Waimata Valley. Late last year, Navy Museum archivist Paul Restall, sifting through old negatives, found an unidentified flying object in a photograph taken from the cruiser Royalist during Waitangi Day celebrations in 1965. A high resolution scan by a digital imaging expert established the saucer shaped object in the sky was part of the original image. The website has the support of air traffic control agency Airways New Zealand and the wider science community.

“Anything that encourages people to look up and think about what they see is a good thing,” said Dr Craig Rodger, from Otago University’s Space Physics Research Group.

But he was sceptical about alien life forms visiting New Zealand.

Some phenomena that could explain UFO sightings