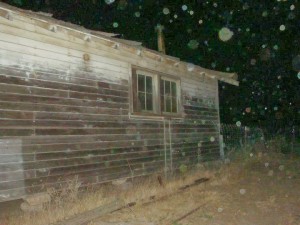 We are often sent photos and asked what we think of them. After feeling like a broken record, I felt like maybe I should explain why we do not “diagnose” photos that are sent to us over the internet. It’s not that we’re being “para snobs!” Honestly! Bottom line, whether its a potential spirit orb, apparitions, vortexes, mist, or shadow figure – we can’t say, simply because we weren’t there! In the day of photoshop, photo editing and camera phones, we feel it would be irresponsible to do so. 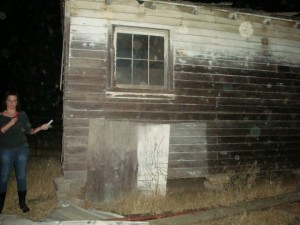 I explained this in a recent exchange of emails, when a photo of an orb was sent to us. Orbs themselves are a little bit of a different issue. Our team simply does not support the theory that these little balls are spirits.

I won’t post the original photo but instead, post some photos we took on a ranch in the Sutter Buttes, as well as some from Preston Castle in Ione. These are very obviously dust orbs because of the outside location we were in. Plenty of dust, wind, and plenty of feet moving around. In these conditions it is nearly impossible to keep a lense clean. An uncontaminated area is very important to determining if something is paranormal in nature. 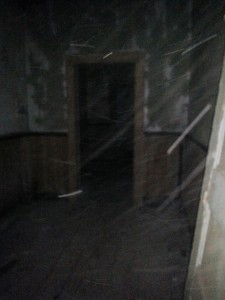 People often make the argument, “well if they are just dust, then why don’t we see them all day long?” Simple. It’s because these microscopic pieces are not illuminated. They are so small they are nearly invisible in ambient lighting. The next time a sun ray comes through your window, like a concetrated beam, get down next to it and check it out. Fluff your blanket, shake your hair, sneeze, walk across the carpet. What do you see? Dust, pollen, and other air particulate is everywhere.

Have doubt about the “dust level” of a room? When you go to take a photo, simply look just beyond your flash from behind your camera. As the flash shines, you can see the dust zooming back and forth. When all else fails, take a bright flash light point it across the room, and look into the beam.

Taking photos in an overly dusty area, is kind of like doing an EVP session during a party. If the environment is contaminated, how can you tell whats paranormal and what’s not? Even the cleanest person has SOME dust in their homes or businesses. We carry it on our clothes!

Then it’s asked, “well I took two pictures! why is it in one photo and not the other?” Simple. These orbs you see, are much closer to your lense than you may think. Add the exaggeration of a convexed lense, and you can nearly cover the entire photo with 1 orb. Bright flash reflecting on a piece of lint very close to the lense can create a very large magnificent orb (in colors too!). In between taking photos so much as a fraction of a cm. can cause the dynamic of a photo to change. The smallest amount of our movement, microscopically speaking, can make a very huge difference. Plus, drafts and even something as simple as our own breath, can quickly move these small pieces completely our of range of shooting. 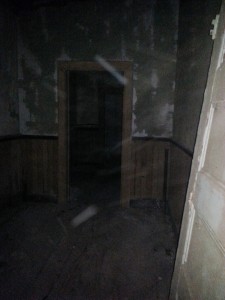 Before I started paranormal investigating, I admit, I thought these glowing balls were spirit energy. Shortly into my paranormal investigating career, I may have STILL thought so. But after years of sitting in the dark, at location after location, I cannot deny that I no longer support the orb theory. I’ve seen dust in photography in all forms. I’m confident in my conclusion.

Here is my response to the fan of our page who asked us our opinion of his photo.

“Well as I explained in the previous message a lot goes into our analysis of photos, and as you know I don’t have a lot of the factors I would use to make a determination about your photo. We’re very careful about our own photos as well. A big part in determining if a photo is paranormal or not, goes into environmental conditions, dust, and whether it correlates with other evidence such as EMF readings, etc etc. Another important factor when it comes to other people’s photos is EXIF Data. It’s a little more complicated than it may seem. The person that is present during photography, is usually the best bet for telling if anything might be supernatural. 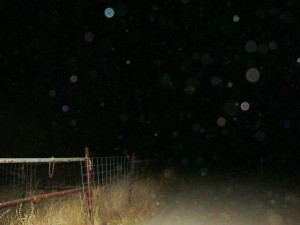 What was happening at the time? What caused you to shoot the photo? Was anyone feeling strange? Generally with our team, we dismiss orbs like this as particulate in the air, whether its dust, moisture, lint, pollen, etc. This usually happens because of the usage of flash when taking photos, such as yours. A very small piece of dust close to the lens when the flash goes off, can cause this huge magnificent orbs. The face you are seeing within this bright orb, is what we call “pareidolia” or matrixing. The human brain is taught to instantly recognize human looking faces and other familiar objects when looking at collection of shapes and colors. The orbs we usually look for as a team are anomalies that appear to have their own light source, as in energy. They are self illuminating. The ones we get most excited about are the ones we can see with the naked eye and/or caught on video. They fly with intention and some intelligence, rather than loftily floating, and even then we must be mindful of insects. I hope this makes sense This has a higher probability of being particulate rather than spirit. We really appreciate you sharing your photo. Thank you!” 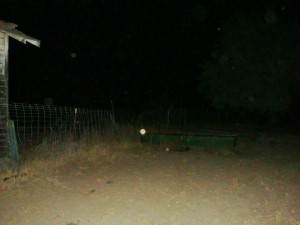 While we know many teams do support the orb theory, our team just doesn’t.

We, however, do respect others and their beliefs. We are not knocking anyone that believes in them. We just cannot find enough reasons to support the theory that they are in fact paranormal. Hope this helps others understand why we don’t diagnose photos sent to us, and thank you all for your continuing support! -ALPS