Tell us what you really think about the Newby Church Monk.

The ‘Newby Monk’ (otherwise known as the ‘Spectre of Newby Church’) is the name given to the ghostly apparition developed in a photograph taken on the grounds of Newby Hall’s own Church of Christ the Consoler. The Reverend Kenneth F Lord took the image in 1963 and remarked that the infamous ‘monk’-like shape was not present at the time of taking the photograph.

When the image was developed and circulated, speculation began as to what or who the murky humanoid shape may be. As with all good British hauntings, the first port of call was mysterious clergy, with many suggesting that the figure bears a similarity to a 16thcentury monk. The white blur concealing his face is generally referred to as a shroud, possibly concealing leprosy or a similar facial disfigurement.

Is this image too good to be true? Is it far too typically “cartoon ghost” looking? Would a Reverend really create a paranormal hoax?

Tell us what you think in the comments 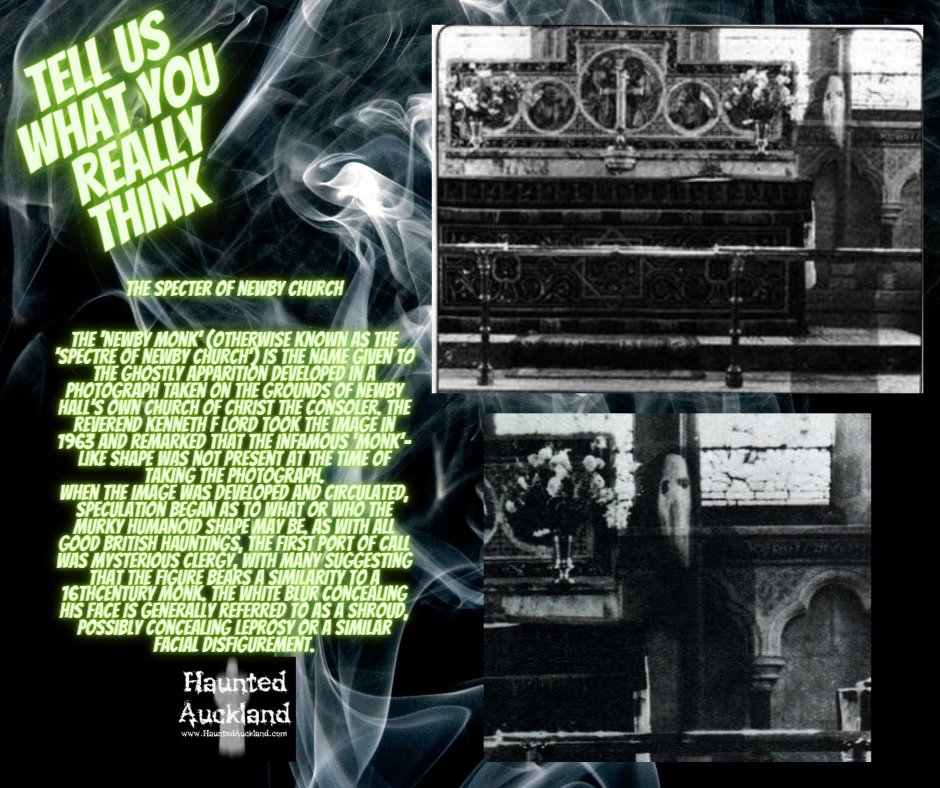