A recent Reddit post started me thinking about my theories on the nature and existence of ghosts. I have previously put some of these theories into writing, which was included in the book Voices in the Walls, however, I decided I would take the opportunity to expand on my thoughts here.

“What are ghosts?” – This is a question which is often pondered by paranormal investigators. The general belief is that ghosts are the souls or spirits of a dead people or animals that can appear to the living, although that has not always been the case. The prevailing belief that ghosts are spirits of the deceased only began to arise in the 14th century. Prior to this, ghosts were often described as naturally occurring spirits, either good or evil, separate from any human origin, often paralleled with angels or demons.

Although many ancient cultures had beliefs involving the souls of the dead and their interactions with the living, many of these were tied to ancestor worship, or ascribing maladies or illness inflicted on the living as being caused by the unhappy, but unseen souls of the dead, rather than the more modern view of actual apparitions.

In recent history, through to the present day, ghosts tend to be reported under two main categories; manifestations of the dead – being apparitions, voices, physical interactions with people and objects, and haunted locations – buildings, land or regions in which unusual or unexplained activity occurs, not limited to noises, shadows or feelings of unseen presence. I believe the causes for these two categories are generally separate, but there are some areas of overlap.

As a paranormal investigation group, we are often contacted by clients who have recently moved into a home, often not even particularly old properties, who report experiences which lead them to believe the location is haunted. The term I like to use for this is “New House Jitters”, but a more technical term for this is Xenonormal – literally “foreign normal”. This term is used for natural occurrences which are unfamiliar to the observer, and which they may ascribe to paranormal origins.

Every home or building has its “moods”, many of them seasonal. The heating and cooling cycles of a building may generate sounds. The shadows cast by the sun or the moon at certain times of the year, or streetlights, traffic on nearby roads, all may cause shifting patterns of light and dark. Local wildlife (or residents!) may exhibit different behaviours. The position or strength of electromagnetic fields with the property. All of these things may present in new and unfamiliar ways when staying in a new location. Over time, a resident will become used to these unfamiliar occurrences, and may even find the underlying natural causes. But to a new resident, all these new sensations may find you looking for a single underlying cause to explain them all, which often results in the conclusion that the location is haunted.

In addition to the natural quirks of a location, sometimes even the architecture can cause a location to be labelled as haunted. From gloomy rooms which get little natural light, to what I like to term “institutional architecture” – long hallways with many doors or long rooms with multiple partitions, which seem to trigger a sense of unease. Windows which look like eyes (the Amityville Horror house is a prime example), dank basements, overgrown or weathered appearance. All of these factors of the structure of the building itself can cause enough psychological discomfort to trigger the fight-or-flight response, prompting our instincts to be on the look-out for threats, real or imagined.

Aside from this, the history of a location is often a strong influence on it being labelled as haunted. Old hospitals, asylums, hotels, many of which have the aforementioned architectural components, often have verbal histories which are handed down, or embellished by employees and residents. Repeated stories such as “the hotel was once a brothel, haunted by a former Madam”, or “the nurse who committed suicide in the hospital” are common tropes. Even though there may not be any reported apparitions, all of the smallest of unexplained events end up being ascribed to the unseen “resident ghost”.

I believe these aspects comprise the essence of haunted locations. At its core it is the “feeling” of haunting, either because of stories or physical and natural attributes of the location, rather seeing the translucent form of a former resident drifting through the wall.

Manifestations of the Dead

Separate from, but occasionally in conjunction with haunted locations are actual paranormal manifestations; the eponymous Ghosts. These include, but are not limited to, the visual indication of full or partial human forms, unusual lights or shadows, unexplained voices, the movement of objects etc. The witnessing and independent documentation of these phenomena are the elusive holy grail of paranormal investigators.

We often hear the confession “I didn’t believe in ghosts until I saw one with my own eyes”. This is where we run into trouble. Most assume that their eyes are like a camera, dispassionately capturing the reflected photons and displaying the results, and our ears are like microphones, recording all the sound around us. However, unlike a camera or recorder, we are filtering this sensory information through our brain. Our brains are full of the experiences and personal subtleties which make us individuals. Beliefs, ideas, preconceptions, assumptions, memories, all of our sensory input filtered through this to a greater or lesser degree. Our ongoing experiences reinforce these concepts, and so repeated contact with the world is how we as humans form a consensus on things; rocks are hard, water is wet, fire is hot. Also, our evolution has wired us to be social animals, seeking other humans and human faces (pareidolia is part of this), it is something that is ingrained almost from birth as a survival instinct.

Where we stumble is when we receive incomplete, fleeting, or unfamiliar sensory information. Our night vision is not good, our peripheral vision detects movement but not detail. Frequency ranges or volumes of sound on the edge of our hearing give us trouble. Exposure to parts of the electromagnetic spectrum produces odd, occasionally unsettling sensations. Our brains, with their wealth of experience with the everyday world, seek to fill in the gaps in the sensory information using known, familiar concepts.

Compounding this issue of incomplete sensory information is the fact that our perceptions are stored in our mind as memories. When an event is brief or fleeting, we immediately become reliant on the memory of the event to interpret what has occurred. Unless you have time to study the situation for a longer duration, you are unable to gain more sensory input and build a clearer concept of what has occurred, so are simply left with incomplete information stored in memory. As we all know, memories are malleable, prone to change over time. As we struggle to make sense of the incomplete sensory input, our past experiences become imposed on the memory, potentially reinforcing it with concepts which we may not have actually witnessed.

This is where I believe we arrive at ghosts. Our ingrained survival instinct to seek other humans, combined with situations where we experience incomplete and unfamiliar sensory input, leads to a situation where our mind arrives at the conclusion that we have either seen or heard a person, under circumstances where your mind knows this cannot be the case. Similarly, our tendency to anthropomorphise non-humans is where we arrive at situations where we attribute the movement or lights or shadows to a discorporate human intelligence.

One occurrence I haven’t covered here is that of Poltergeist phenomena. This is where my lofty theories fall flat. I cannot come up with a reasonable environmental, physiological or psychological explanation for objects being independently moved, or thrown by unseen forces. Misidentification, hysteria or outright hoaxes are the likely explanations which spring to mind. If the ability to perform acts of telekinesis could be scientifically proven, it would provide a convenient human-centred explanation for reported poltergeist activity, however, at this stage, it remains one of the more puzzling gaps in my theories of the paranormal. 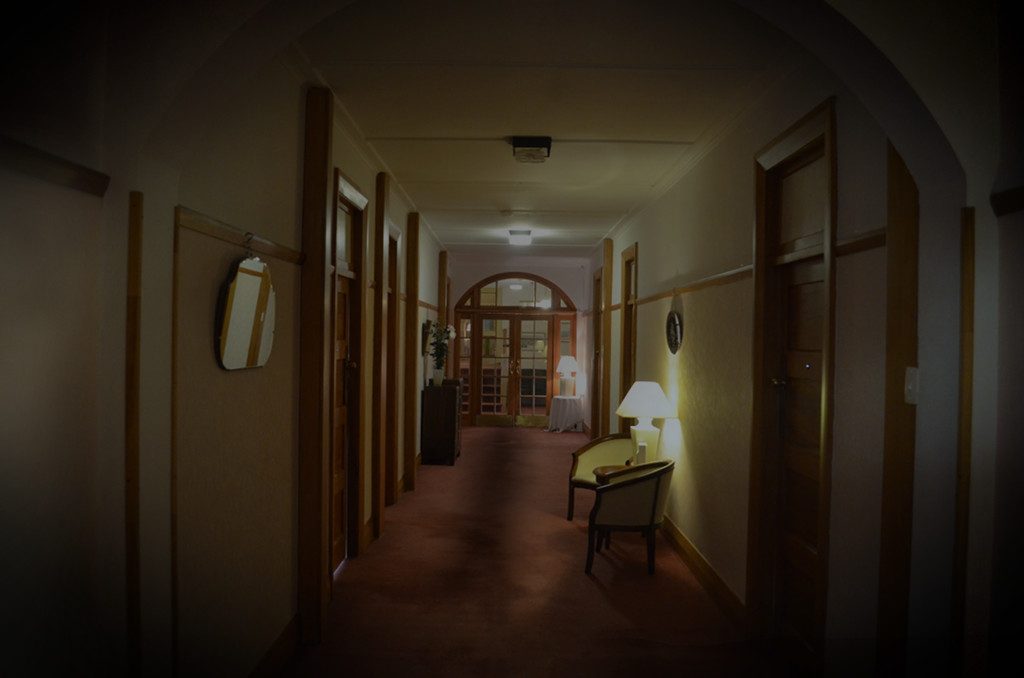 While I call myself a sceptic, I have in the past experienced what could be called ghosts. However, I am a fallible human, with my own perceptions and beliefs which shape how I perceive the world. I question what I have seen because I know the limitations of my senses and the preconceptions which influence my memories. My quest for answers in the paranormal field drives me to seek evidence which independently captures available data covering the range of human senses so that it can be analysed in detail without the quirks of memory or human perception imposing new information were none existed. Similarly, I seek to understand how individual’s beliefs can shape their perceptions of the world around them.

People have been reporting ghosts in one form or another for as long as we have had recorded history. I would never say “there are no such things as ghosts”. I’m of the belief that the nature and existence of ghosts are not something external or independent, but a construct of the human mind interpreting its surroundings, and part of what makes us what we are.