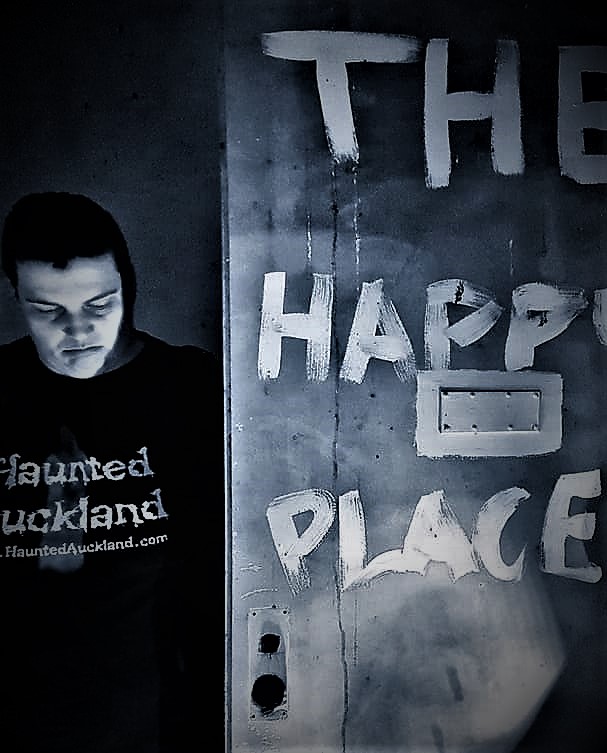 On several occasions while walking and driving through thick native and isolated bush around New Zealand, my partner (Kel) and I have encountered a massive bird or bat like creature, swoop down and fly off very quickly.

The first encounter was in an isolated reserve on the North Shore around 10pm. Kel, our friend *Bobbi (Name and identifying details have been changed to protect the privacy of individuals) and I were playing an Augmented Reality game called Ingress on mobile.

This game requires you to capture ‘’portals’’ that consist of user submitted points of interest like historical sites, reserves, murals, statues, and landmarks. This location has very sketchy internet reception (it is in a very steep gully) and required us to walk a couple hundred metres down an unlit, gravel path to get to the Portal. The path winds around a bay to the right and eventually ends on a very secluded bay with a shark reserve and a subaqueous hole, in which, Orcas often frequent (fun fact this hole was used as an ammunition dump by the U.S Army after World War 2 and remnants still wash up on the surrounding beaches). On the other side of the path is a steep clay embankment, thickly covered in juniper green native bush and old pine trees.

Kel stayed in the car and watched on as Bobbi and I made our way up the rough path to the portal. The night was warm, it was oddly quiet, and the moon was bright enough to light our way. Once we got to the destination, we could just make-out Kels’ car in the distance. We proceeded to claim the enemy Enlightened portal (Bobbi and I were the Resistance) then hack it. After several minutes of both our phones fighting to stay within 1 bar of reception, Bobbi and I finally managed to victoriously claim the portal and hack it for valuable items.

We finished our mission and started walking back to the car. We got within 20m of the car and heard a rustling noise from the bush. All we could see was something with a wingspan just over a meter in length and coloured white and light brown, almost dive bomb us from above. It was hard to say if it was a bird or a bat or something else due to the speed at which this creature swooped down and disappeared into the darkness of the trees. It was literally a blur, but deathly silent.

Bobbi and I picked up the pace and quickly got into the car where Kel asked “What the f*&k was that?! Did you both see that?”. Bobbi and I nodded in unison and we promptly left the area.

After a few months, Kel and I tentatively returned to the same beach track from the first encounter. We both cautiously made our way down the winding rocky path towards the Portal. It was a cold night and again it was eerily silent. After a few attempts we successfully captured the Portal, hacked for objects and sent out several links to create a large field. Again, on the way back to the car an unnerving rustling coming from the embankment and suddenly there was a flash of white and brown and something very large, but bird-like, swooped down approximately 10 metres from Kel and I. We turned, looked at each other and both hurried back to the car.

The third encounter was when Kel and I had finished a meal for our 13th anniversary. We decided to go for a drive and headed out for a scenic drive through the countryside. I was driving. As we were approaching a more rural area, we drove through a cutting with native bush either side. Out of nowhere, a familiar brown and white bird/bat like creature, swooped down rapidly but silently from one side of the cutting to the other. As soon as it was safe, I stopped the car and pulled over. We both got out and looked back in to complete darkness but could not see nor hear anything. We returned to the car and I drove straight home. When we got home, we decided to try and review the nights’ dash camera footage. Unfortunately, it only captured the pitch black of the rural darkness.

To this day I cannot find any information on any known New Zealand bird/bat or cryptid that matches the description of this animal and have only encountered 3 times at night in isolated areas of dense New Zealand bush over the past 8 years. We have tried to capture it on the car dash camera but we there was nothing on the video when played back.