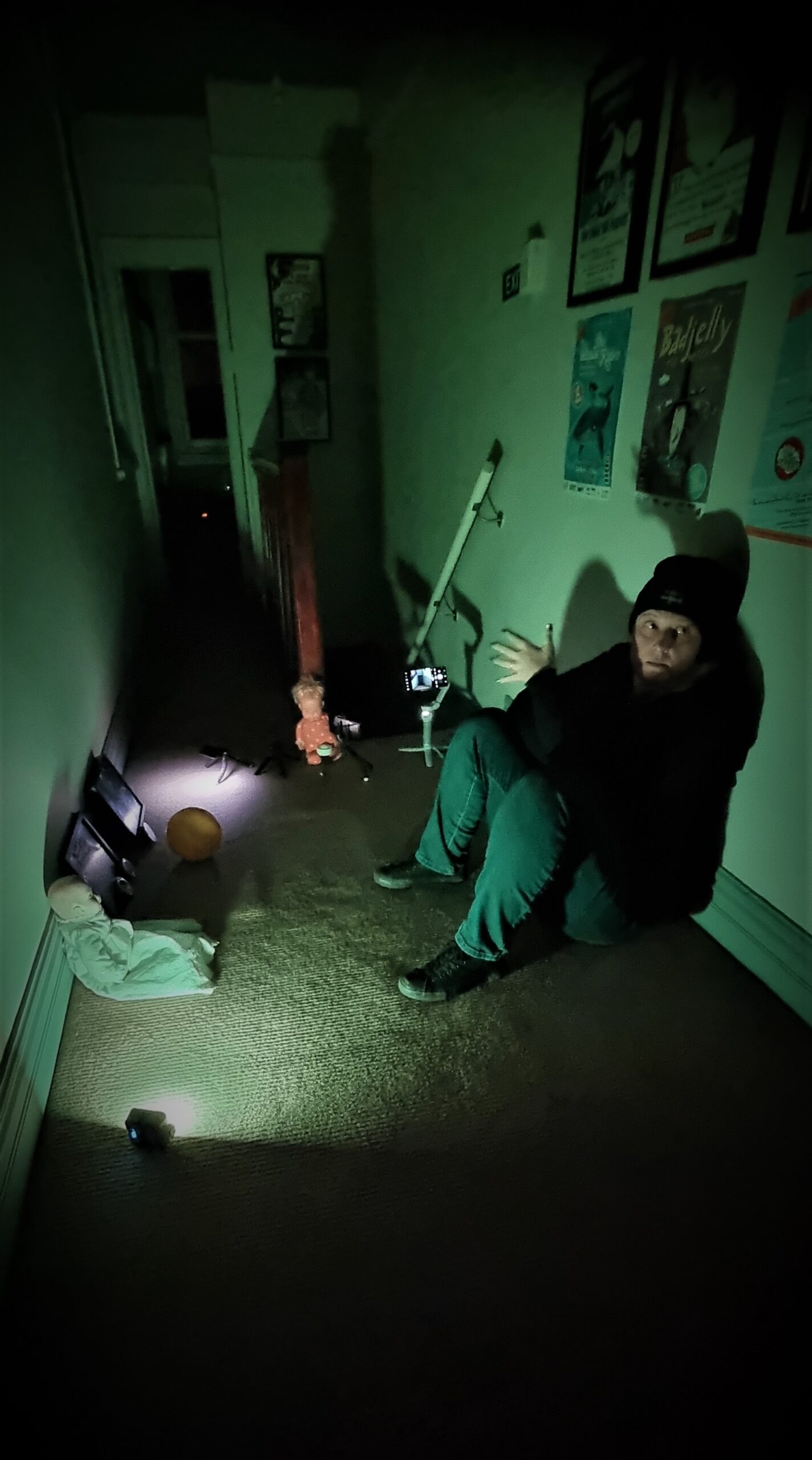 For many teams out there, I know that investigating alone is considered a bad thing to do and not recommended. As someone that has spent quite a few decades investigating independently, as well as in a team situation, I can see the points and concerns of both sides.
When investigating as a team; while I enjoy friendship and working alongside like-minded others, sometimes more is not always better. The more people in attendance at investigations, the more chance you have of contamination to your data collection. Video, audio, and recorded atmospheric material can all be ruined and considered invalid if there are others there with you. Each person is a potential contaminant.

From simple talking, breathing and the sounds of subtle body movements and gastro-internal motions, the atmosphere and session outcome can all be affected by having multiple people in the building. I’ve seen teams of around 20 members investigating a tiny two-bedroom house. I’ve listened to their EVPs and watched their video ”evidence”. Pretty much all can be attributed to nothing more than team members moving around, breathing, sighing, whispering, farting, and stomach gurgling. Every handheld (or head-mounted) torch will create shadow ”people”, as the various light sources move around, bouncing off team members onto walls.

Investigating alone means you have a better chance of ruling out all those annoying false positives during your session.
Depending on the location size, a team investigation situation can be quite counter-productive and a waste of valuable access time. There are many distractions and the space can become a little congested at times. Some will argue that the more eyes and ears you have attending an investigation, the better it’ll be for evidence gathering. In my opinion, (in some instances) even just one set of eyes and ears can still be too much. Sometimes less really can mean more.
If you are alone, and you move, fart, burp, or your stomach growls; you’ll hear it and you only have yourself to blame. The debunking becomes easy.

I know investigating a location alone is unthinkable to many. It does take a ”special” sort to want to put themselves into those kinds of positions, but going solo is something I think should be done if you really want to advance and grow as an investigator or researcher in this field. Face a few fears and push yourself a little outside of that comfort zone.

I have to say that, as a team leader, seeing members of my team putting their hands up and offering to do an overnight stay alone, fills me with great pride. Especially when I can tell they have quite a few reservations but are determined to follow through on the challenge. It shows great character growth and a real passion to follow the research head first; wherever it may lead. Even if it is into uncertain and even uncomfortable territory.
I will also state here that (hand on heart), I am extremely proud of everyone in my team, past, and present that has gone that step further. Pushed down a boundary or two to see what might be on the other side and stuck it through the night on a solo vigil.

For those that see investigating alone as a bad thing, I say maybe, just maybe you’re missing out on some potentially incredible personal experiences. If done safely, with common sense, intelligence, maturity and a heightened awareness of your surroundings, you may very well get quite a bit from your time. Not just in a potentially paranormal sense.

Here are a few tips if planning on doing a solo vigil.

If done properly and with good intentions, solo investigating can be a beneficial and fascinating experience.

We are keen to hear about your experiences while doing solo work. Good Luck!