The complex operated as a quarantine station from 14 August 1832 to 29 February 1984. The idea behind it was that anyone arriving in the colony (as it then was) who might have an infectious disease would be kept in quarantine until it was considered safe to release them.

The station is now home to a hotel, conference centre, and restaurant complex known as Q Station, and remains part of the Sydney Harbour National Park.

One of the early Quarantine Officers was Dr James Stuart a keen naturalist and talented painter. For many years Percy Nolan, an alderman and mayor of Manly, pushed for the removal of the Quarantine Station from Manly and called for its use as public open space. Over sixty years later, this far-sighted proposal became a reality. 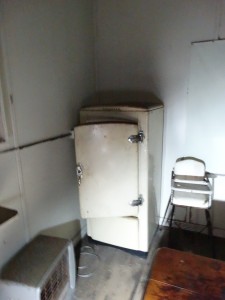 In the 1960s and 70s, the Officer then in charge of the Quarantine Station, Herb Lavaring BEM (1917-1998), took it upon himself to preserve and compile a museum of artefacts and other range of items of note and significance to the station’s operations, including domestic implements, medical instruments, and a diverse range of hand tools for tasks ranging from blacksmithing to building construction. Lavaring collected these materials over the period 1963-1975, and also commenced restoration work on the diverse range of rock carvings and headstones from the major burial grounds. The items collected by Lavaring were preserved and many have since found their way into State and Federal collections, including the National Museum in Canberra, where a muzzle-loading rifle and a set of manacles are preserved (the latter being used to ensure that no one left the station without medical clearance).

The Quarantine Station is supposedly haunted by the ghosts of former staff and patients, with many paranormal occurrences reported throughout the site.