About four months ago (start of 2015) I heard weird noises in my family house.

Our house was two-storey and had been built about 30 years ago. I had also remembered that my Nan had passed away in the house about 7 years ago and I was told by a family friend that my Nan still lingered there and looks after me while I’m there. She’s never met my Nan before but told me she’s seen her at the house and described her exact physical description so I believed her.

Everyone that had stayed at our house noticed odd noises during the night or had a feeling that there was a scary presence in the house because it had an airy feel to it.

I was staying at my cousins at the time because my parents had to go back down to Auckland for work. I had just finished working at the cafe and decided to walk home after work to pick up a few clothes for the week.
I walked into the house leaving the door open because I knew it was safe to. The front door opens to the lounge where I place my bag while I go up stairs to get my things from my parents bedroom. The bedroom is right next to the stairs and I’m in the wardrobe packing my bags. 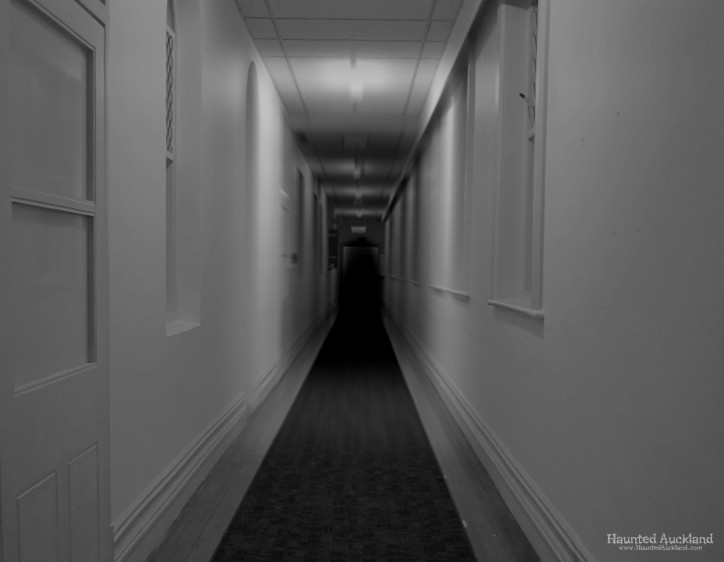 Out of nowhere I hear ravaging noises coming from the lounge where my stuff is and thinking that a dog or possum must have walked in and is going through my stuff, I could hear quite vividly that it was coming from inside the house so I run down stairs to check. Nothing was there! And my stuff was untouched so I grab my phone and run upstairs into the room again. I call my Mum not telling her what was going on but to distract me from the noises, my heart starts beating rapidly at this time because I thought I was hearing things.

Footsteps begin creeping slowly up the stairs and I think that someone had come into the house and was coming upstairs, I’m still on the phone to my Mum but I could hear the footsteps nearly reaching the top stair. At this point I run around the corner and the noise stops and nothing was there! No person, no animal nothing. So I grab what I can in panic and race down the stairs trying to ignore the loud banging and roaring coming from the bedroom I was just in, slam the door and race down the driveway. Still on the phone to my Mum I scream “I’m leaving, I’m leaving” and start having a panting fit because I was that scared, she was comforting me on the phone but thought I was being attacked.

I had never encountered anything like this before and the experience was more scary than it sounds, I thought about the events and knew that it wouldn’t be the spirit of my Nan because she wouldn’t scare me like that.

I never go up to house by myself from that day onwards.