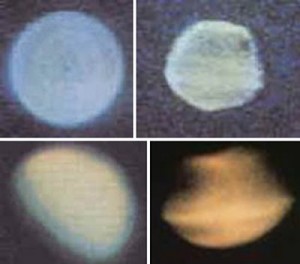 Among the hundreds of UFO sightings in New Zealand, only one was fully investigated.

Public and media interest in the infamous Kaikoura UFO sightings in 1978, coupled with strong personal interest from Prime Minister Robert Muldoon, led to a detailed report being prepared by the air force.

This is the first time it has been publicly released.

“The Kaikoura case was a special one in which the Government asked the RNZAF to investigate,” states an official Defence Force letter in the files.

Numerous other UFO “sightings” in New Zealand have been reported by the public to the police, the Civil Aviation Authority and the Defence Ministry.

Some reports were cross-checked among the agencies “primarily to determine whether there may be a physical reason for the phenomenon, like a large aircraft or a meteorological balloon catching the sunlight at high altitude,” the letter states. Otherwise, they were dismissed.

Below is a snapshot of highlights from the hundreds of reports, sketches, letters and correspondence the Defence Force have compiled on UFOs since the 1950s.

The early files are almost entirely made up of newspaper reports and articles by New Zealand’s first UFO group.

The group, named the Civilian Saucer Investigations (New Zealand) was lead by Harold Fulton and formed in 1952.

Fulton produced a regular newsletter documenting sightings in New Zealand and overseas, all of which were included in the files.

The group was later followed by the Adamski Correspondence Groups, based in Auckland and Timaru.

In his answers he revealed that flying saucers were made of aluminium and other minerals, some of which had been found to come to Earth in a “jelly-like form, already disintegrating and by the time you pick up the jelly there is nothing but a bad odour left”.

At 5.35am on July 13, 1959, Blenheim farmer Mrs FE Moreland was bringing her cows into the shed when she noticed a green light above her in the clouds.

Soon an oval shaped UFO with two green beams of light and “fiery orange jets” settled above her, enveloping her in a “peculiar green glow”.

Fleeing for the shelter of nearby pine trees, she claims to have spotted two men inside the craft, dressed in “silvery, shiny suits from the waist upwards” with headgear “like drivers helmets which glittered very brightly”.

The object appeared to hover for a few seconds, then with a high-pitched whistle took off, leaving behind “a waft of hot, peppery air”.

In what appears to be an official summary of facts, the author said Moreland seemed to “quite honestly believe” she had seen the craft, which flew off “at a speed that would make a vampire look like it was standing still”.

Of the alien spacecraft, she said “it was certainly a nice machine, whatever it was”.

A subject of much public interest and mass media speculation was the 1955 sighting of an unexplained light between Ohura and Raglan, “showing apparent movement, changes in colour and fluctuation in light and intensity”.

National Airways Corporation pilot Captain WT Rainbow, who reported the event, was summonsed to Wellington to make a report on the sighting.

Dozens of articles about the sighting featured in national newspapers before the Director of Intelligence at the Carter Observatory concluded the planet Venus, rising in the night sky, was responsible.

In a further letter to the New Zealand Royal Air Force Rainbow stated, “personally, after all the newspaper reports, phone calls, RNZAF statements plus personal embarrassment I would have to have the little men waving to me before I made any further reports of this nature”.

On December 21, 1978, a Wellington radar team and crew on an Argosy cargo plane reported strange lights and inexplicable radar readings in the Clarence area, near Kaikoura.

At the time the radar crew said no aircraft were cleared to be in the area, while the crew reported strange lights around their aircraft which tracked them for more than 60 kilometres.

The aircraft crew observed a very bright light which they alternatively described as a “very bright orb” and “pear-shaped with a reddish tinge that then turned white”.

An air force Orion was sent on a reconnaissance flight to Kaikoura on January 2.

A January 1979 report into the Kaikoura incident, titled “Report on unidentifiable visual and radar sightings” noted the air force had traditionally adopted a “low profile” interest in reported UFO sightings.

However, after mass sightings over two separate dates just weeks apart, and increasingly “negative” media coverage, the air force said it was forced into launching an investigation.

The reporting officer said: “Because the Prime Minister [Muldoon] took a close personal interest in what went on and specially asked he be informed of Defence’s conclusions to the study it was undertaking, I believe he would wish to see a copy of the air staff report.”

The air force report concluded that almost all the sightings could be explained by natural but unusual phenomena.

A letter from then Secretary of Defence, DPG McLean, in 1984 to the Ombudsman explained why the ministry did not want to release information about UFO sightings to the Mutual UFO Network in Christchurch.

He said the privacy of individuals needed to be protected and they should not be exposed to public ridicule.

“Some reports of sightings come from those who are genuinely puzzled about something they have seen and are made in good faith. Others are taken up by those for whom UFOs it seems will explain all the mysteries of the universe. The ministry should not, in my view, willingly get drawn into the pursuit of chimera and should avoid providing fuel for fevered imaginations.”

In another response to an OIA request, this time by conspiracy theorist journalist Ian Wishart, a Defence Ministry official, said it held no information “whatsoever” to suggest that aliens had landed in New Zealand or that “they or their spacecraft have been sighted here”.

“I know that some people claim to have identified these things (UFOs) and even to have consorted with aliens. I have seen nothing to suggest that these claims can be substantiated.”

The files are full of letters and sketches from members of the public who claim to have seen UFOs and come into contact with aliens.

More than 300 pages of the files are taken up by correspondence from one Christchurch individual, who sent the Defence Force hundreds of letters and accompanying sketches detailing his contact with aliens over a 20-year period.

In one letter he asks the Defence Force to stump up for a deposit on a house as a reward for all the inside information he had provided. They respectfully declined.

A Wellington mechanical engineer claimed to have deciphered a tabloid that “detailed a drawing of a machine that is several thousand years old”. He asked for Defence Force backing to harness quantum dynamics and create his sophisticated flying unit which would “dramatically affect the whole human race in this millennium”.

“My reason in writing to you is to ask for your assistance and expertise with the direction and development of this project to it’s full working potential, there by securing a position as world leaders in this very important subject,” he wrote.

The Defence Force responded by citing limited resources, saying it would be “inappropriate to divert skilled manpower” to the project.

A Kaitaia man detailed his plans for a futuristic jet, incorporating heat-resistant probes and a giant music speaker attached to the jet stream. The Defence Force said his correspondence had been forwarded to a defence scientific unit, and promised to respond if there was any interest.

Whether Mainlanders are more keen to report sightings, or if there are simply more unexplained objects in the skies above the South Island, there is no doubt these are reporting hotspots.

Between April 3 and May 12, 1972, five chunks of “space debris” were found in Ashburton. About 15 people reported to have seen the “Ashburton balls” falling from the night sky. They were later found to be spherical titanium pressure vessels. Nasa data showed the only two possible origins of the debris were United States and Russian satellites.

The Defence Ministry report found a Russian satellite had passed over New Zealand about the time the objects were seen, and concluded this was the origin.

In August 1982 alone, there were three sightings in the Marlborough region. On one occasion, three motorists spotted a two-metre high figure with a “general outline of a window dressers model” standing in the centre of State Highway 1 between Christchurch and Blenheim. The occupants told police that it had “no distinguishable features, and glowed like a fluorescent light”. In the second incident, a man travelling from Blenheim to Amberley spotted “four flashing red lights in an arc, with two more red lights above it”. The motorist told police he thought it was an aircraft but became concerned when there was no engine noise.

In the third, motorists described an object “like a big crash helmet” which hovered more than two metres high above the road.

In January the same year, four Air New Zealand cargo loaders at Christchurch Airport, used to seeing aircraft at night, were left scratching their heads over a bright “pulsating orange and white light” in the sky above Christchurch Airport. In August the year before, a Temuka family claimed they were tracked for 12 kilometres by a UFO as they drove home from Pleasant Point.

No investigations were undertaken, and the phenomenons remain unexplained.

Although the extraterrestrial fervour of the early 1950s has diminished, there have still been many “sightings” in recent years – and Wellington is not exempt.

In 2000, two UFOs were reportedly sighted above Roseneath. The first was a small triangular shape with an orange light at the back and a white “beam of light” at the front, while the second was described as larger, with a white light.

Apparently, the smaller UFO flew underneath the larger one, before a beam of light from the mother ship danced across Evans Bay Parade.

A Porirua resident who refused to be identified but officials said sounded “calm and puzzled”, alleged to have seen a large, oval, reddish-pink bright object with flashing lights appear at high altitude above the western hills of Porirua in 1998. After zooming across the valley, it hovered above the eastern hills for 25 minutes, occasionally “shuddering in place [up and down] before steadying down again”. An air force report suggested wildfire was the probable explanation, however the juddering action, hovering high in the sky and sudden, rapid transit indicated it could have been a weather balloon. In January 1995 three teenagers reported seeing a star-like object moving in a “zig-zag fashion” in the sky above Eastbourne, from where they were lying watching the stars by the Marsden Memorial.

The object circled overhead, then returned to hover above Eastbourne.

The caller also reported seeing a similar object above Seatoun three years prior, which he had suspected was a UFO.