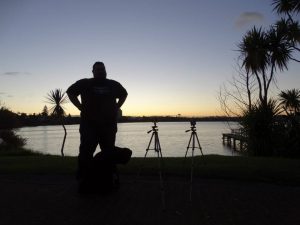 Since the scientific study of paranormal activity, specifically as it relates to hauntings and ghosts, is still relatively new I don’t believe we have reached a stage where any of the data currently gathered could be called scientifically valid.

However it is my belief that human perception of hauntings is strongly driven by environmental conditions at the location which is claimed to be haunted. To this end, I believe there is a need to document as much as possible about the atmospheric conditions at the location, both when “haunting” activity is occurring, as well as during periods of “normality” (if the distinction can be made).

Atmospheric conditions include variables such as temperature, humidity, pressure, light levels, sound levels, as well as more sensitive measurements of changes in local gravitational, ambient electro-magnetic fields and radiation levels. In particular, measurements need to be taken in the presence of those who frequently experience the activity.

If the atmospheric conditions can be recorded, and compared against “normal” conditions, it may be possible to isolate those variables which trigger the “haunting” activity.

Once those variables have been established, attempts can be made to replicate them under controlled conditions to determine whether they are having an impact on the individuals who are being “haunted”, which will help explain whether it is the specific location, or merely the environment circumstances which is causing the reported activity.