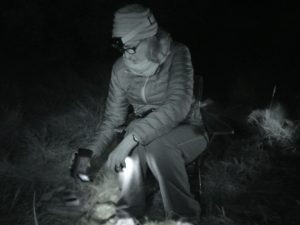 One thing I do believe is that paranormal phenomena exists, whatever that is. I don’t believe it’s just the overactive imagination of backward thinking or ghost obsessed people. Sure some paranormal-type experiences can sometimes be explained by the power of the mind and some can be attributed to normal physical events e.g. doors slamming in the wind etc.

Theories on what ghosts are, are numerous; they run from departed souls trapped on earth, residual hauntings, intelligent hauntings, poltergeists and a plethora of other ideas. I’m still trying to make sense of these, but I don’t think there is one theory that explains everything.

I’ll first touch on theories that basically dispute the existence of ghosts and put these down to natural phenomena and the power of our own minds. There are a couple of reasonably scientific explanations (below) that could go some way to explain why some people have experiences that they could attribute as being paranormal. These theories again certainly don’t provide a single conclusive explanation for all the types of experiences that people have and I don’t really know how well these theories are backed up by reliable data.

Infrasound: That is sound below the normal level that we can hear. We may feel these in the form of vibrations or waves. Infrasound is believed to give us positive (happiness) or negative feelings (nervousness or anxiety). Infrasound can be produced by storms, wind, weather patterns, traffic and even everyday appliances. It is thought when the sound vibrates at a particular frequency a human eyeball can start to resonate thereby possibly producing an optical illusion e.g. apparitions. Other scientists doubt this theory. Physicists studying effect of infrasound upon the human body say that volunteers participating in their experiments complain of weariness, high pressure in the eyes and in the ears, but never mention hallucinations or ghosts. Some physicists have also pointed out that drivers also have no optical illusions when cars overcome the air drag at a really high speed and the level of infrasound waves is very high.

Automatism: This is an altered state of consciousness. So this is where people say things and think things they’re not aware of. So when someone clears their mind, random ideas and images start popping up in their mind which could be attributed to communication from another entity; the classic example is that of the medium. However, these ideas are just coming from the persons own mind in the same way we become inspired with an idea out of the blue or have strange nightmares and daydreams.

With regards to ghost theories that currently sit well with me, these fall into the field of physics. I really believe that physics could be the key to unlocking some aspects of the paranormal. I just wish I could understand physics better. Some of the theories out there are as follows:

Multiverse theory and parallel universes: In a parallel universe, what we call ghosts could actually be persons or entities from a parallel universe or dimension (so different planes of existence). This was something I gave my viewpoint in the Haunted Auckland book (Voices in the Walls, 2015). The shoestring theory suggests that the universe exists in 10 different dimensions. That some of our paranormal experiences could be a result of some kind of interaction or cross-over with and energies from another dimension, seems like a plausible theory to me. This could explain phenomena such as shadow people, intelligent hauntings, apparitions, and the ability to pick up EVPs from these energies as they interact. This may also link in with the idea of the portal hauntings, so a doorway where energies can move from one plane of existence to another.

Time loops: Stephen Hawking has suggested that time is not necessarily linear, but that it can, on occasion, curl back on itself, creating loops or eddies. In this sense, it’s possible that ghosts can be explained as spirits or beings somehow trapped in a time loop. (Note this theory is also used to explain Deja vu experiences, in which an individual essentially encounters some sort of time loop and temporarily intersects their own future). I feel this could be a plausible theory. So events could potentially repeat themselves over in this time loop and if the time loop intersects our own we may experience this as a haunting. It may explain the residual type haunting or even intelligent hauntings (if the spirits are essentially living in their own time dimension). I do wonder with this theory however, that if we can see what we call ghosts/spiritis in some kind of time loop, do they see us too and in their own world of existence, and we appear as ghosts to them!

Just with these theories in mind, it would be prudent to consider it’s highly likely that there are multiple explanations and interactions/intersections which may result in us experiencing paranormal phenomena. The universe is complex after all.