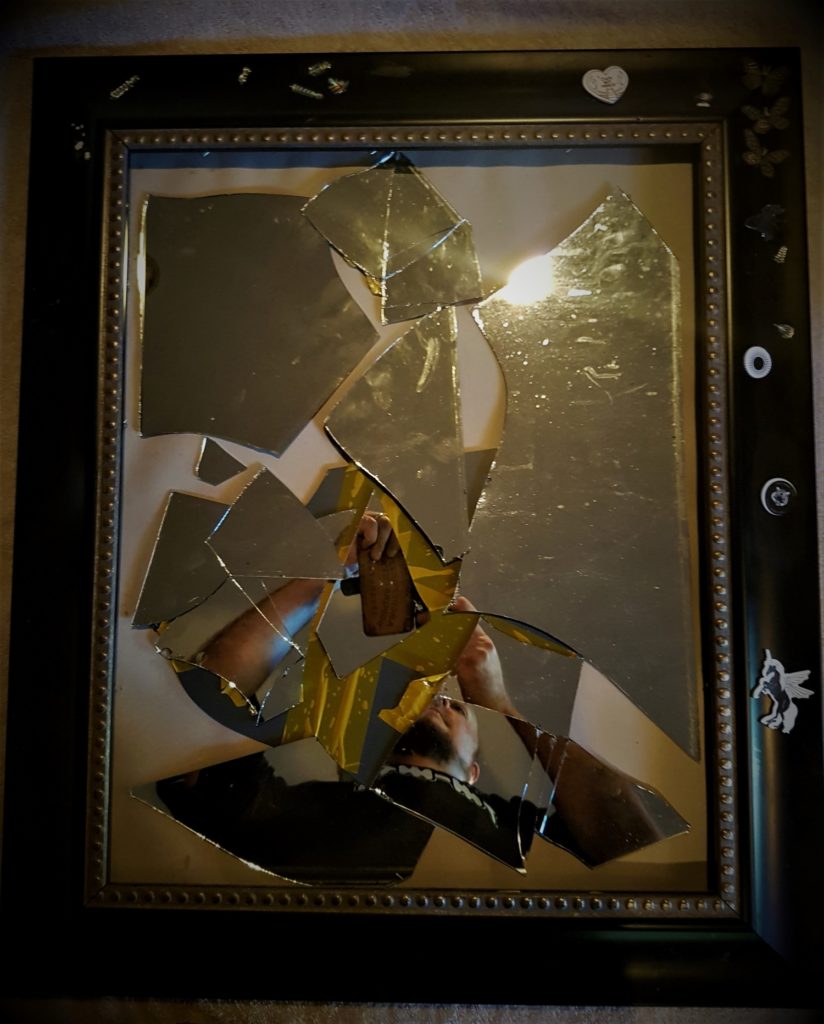 I received a message from a concerned person that was in possession of a mirror; a mirror with something of a dark history that she needed to be rid of.
An unassuming and quite cheaply made mirror that had come from The Warehouse, a New Zealand homewares dept store and had been used for many rituals in the near decade it had been in her home.

Her mother bought her the mirror back in 2012, as it was black and with black being the preferred Goth-style preference here, the mirror fitted in well with the bedroom décor.
As she already had a larger mirror at the time, she decided to use it as a tray on the dresser to put things on. “Things”, like a Ouija Board and crystals.

After having the mirror for just a week, her large dresser mirror suddenly developed a large crack. How and why, she did not know. So, she started using the new mirror instead.
The room she stayed in had already given signs that perhaps there might have been “something else” residing within the walls.

“I knew my parent’s house had something going on in the room I was first in.  I got an uneasy feeling about the wardrobe.  My parents thought it was just me being a kid, but at 13, I couldn’t handle the nightmares anymore and moved into the bedroom next door. I was still uneasy about walking past my old room.’’

The apparent “feelings” soon became physical activity. An ex-boyfriend was forced to leave the house at 3am, due to being scratched by something unseen.
The woman, being something of a “night owl”, reported hearing what sounded like “children playing outside’’ at about 4am, many nights. Items would constantly go missing from her old room if people stayed in there. (This could be put down to untrustworthy visitors, perhaps?)

Numerous times the mirror would “fall” off the wall.

When we say “fall”, meaning it somehow dropped ACROSS the room; onto a nearby bed.
Shadows were often seen moving around and going into the Dining room area. One incident involved all the chairs mysteriously being pushed out of the dining room, with no one there claiming responsibility. Then there’s the knocking. “I kept hearing knocking; in sets of three.”
The pet dogs were also unusually on edge and unnerved by the house and were “too scared to go downstairs” and “would bark at nothing”.

The mirror had been used for performing many magic summoning and banishment rituals. The apparent resulting negative entities or alleged “demons”, being banished into the mirror.
Describing herself as more of an occultist, than a practicing witch; she works mainly with sigils within her rituals.
She used the mirror mainly for performing Hexes. Mostly improvised rituals involving the trapping of a person’s consciousness in the mirror, giving her control over it. 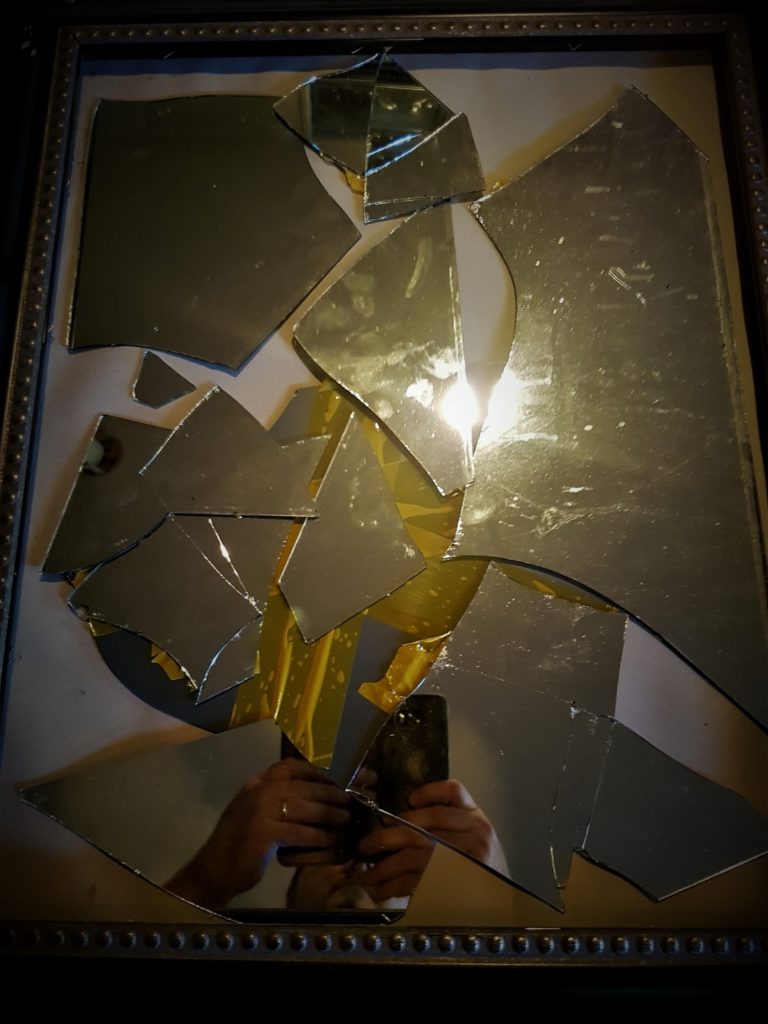 were primarily using simple focusing and meditation techniques, the burning of fire and incense and the power of intention; or the burning of sage for cleansing or clearing purposes.

With the constant negative energy that had seemingly infected the home; she found herself becoming quite depressed.
“I took the mirror with me to a few places I’ve lived in, but it’s been here for 2 years now.”
“The mirror still kept falling over a few times, but when it fell forward onto my dresser chair, it smashed. I put it away downstairs.”
Downstairs, the activity appeared to continue. Doors that had been closed, were found open soon after. There were unusual electrical surges.
The dog kept barking at the mirror and wouldn’t drink from his water bowl, which was near the mirror. He would also often sit, staring intensely at something down the stairs no one could see.
Sadly, her brother took his life in her old room when the mirror was in there. An understandably difficult moment to talk about, so I won’t ask further questions about this.

I thank her for reaching out to me with her story and appreciate the offering of the broken “cursed’ mirror. This is now the second allegedly haunted, or cursed mirror to be added to my research collection.

I have told her what I do and what I intend doing with the mirror and will stay in touch with any development in my study of  this item which will be kept in a closed and camera monitored room, with many other allegedly haunted and cursed items. I have decided to try and glue all the broken mirror pieces back into place to try to restore and maintain some of its original condition.

We should soon be able to note whether there has been any change of feeling, general mood or atmosphere within the household with the mirror taken away.