Haunted Auckland visits one of the oldest cemeteries remaining in the Sydney Metropolitan Area. 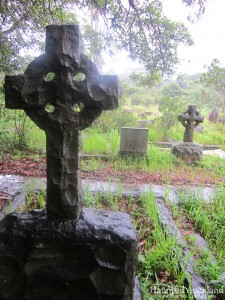 Many of the pioneers of Sydney’s North Shore are buried in the cemetery and there is a monument to Mary MacKillop who was buried there from 1909 to 1914. She was originally buried in the catholic section of the Gore Hill cemetery in Sydney in 1909 then five years her remains were exhumed and moved to their present location at the Mary MacKillop

Memorial Chapel in North Sydney, in 1914. to her current resting place in North Sydney. It is said the saint’s remains were moved because people were taking soil from her grave to keep as a religious relic.

A license agreement between the NSW Government and the Catholic Cemeteries Board has been signed to ensure the original burial site of Mary MacKillop is maintained in anticipation of future visiting pilgrims.

Several local councils administered the cemetery until 1875, when trustees from various denominations of churches took over the role. Scattered throughout the cemetery are remnants of the older Devonshire Street Cemetery, which was cleared in 1901.

There are 17 war graves of Commonwealth service personnel of World War I, registered and maintained by the Commonwealth War Graves Commission.

By the 1950s burials had decreased, and in 1974, the last burial in Gore Hill took place in 1974 and the Cemetery no longer accepts new customers but is still open for the deposition of ashes. 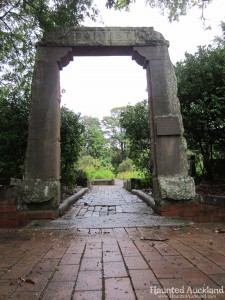 – Bernard Bede Kieran (1886-1905). died aged just 19 of complications after appendicitis. His headstone reads: “Erected by the public as a tribute to the late champion swimmer of the world.”

– William Wilkinson Wardell. (1823-1899). Designed St Mary’s Cathedral in Sydney and St Patrick’s Cathedral in Melbourne yet his headstone is an unremarkable slab.

– William Scott (1825-1917). Clergyman and astronomer who supervised the building of the Sydney Observatory.