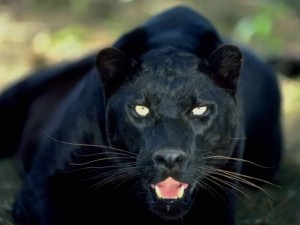 The Gippsland Big Cat is a cryptid.

Although feral cats are present in Victoria as in the rest of Australia and there have been hundreds of reported sightings, yet no proof of the existence of big cats has even been established.

Dr John Henry, a researcher from Deakin University, studied the reported sightings from the 1970s and concluded that it was “beyond reasonable doubt” that large cats were roaming the Grampians region.

The tale of the Gippsland big cat is closely related to similar tales of exotic carnivorous felines that have been reported for many decades in the Blue Mountains, west of Sydney, and commonly known as the Blue Mountains panther.

Some believe that the origin of the Gippsland Phantom Cat, if it did indeed exist, may be traced back to animals let loose by United States soldiers based in Victoria, Australia during World War II.

A pair of pumas (or other large cats) were used as mascots.

Upon the end of the war, it is speculated that the pumas were released into the wild, somewhere in the Gippsland region (although some claim the cats were released in the Grampians National Park) where they subsequently bred.

In June 2005 Kurt Engel, a deer hunter from Noble Park, shot what he claimed was a large cat in rugged terrain near the town of Sale. Engel photographed the dead cat, before cutting off its tail and dumping the body in a river. DNA testing results determined that the beast was a feral cat.