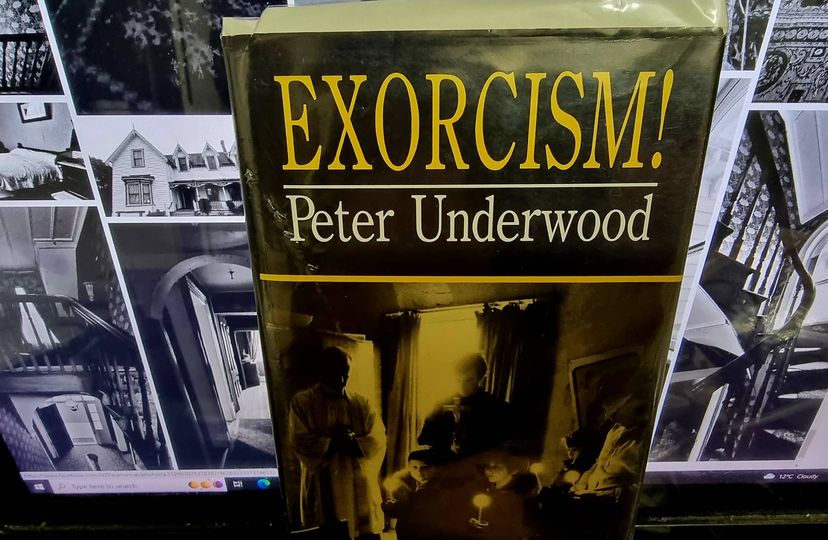 One of the many books in the personal library that I’ve read more than once and refer back to from time to time in my research, is this one.
”Exorcism!”, by the great paranormalist/writer Peter Underwood. I picked it up during the 80s from a second-hand bookstore and really enjoyed it. Religion is something I tend to stay right away from. I’m not religious, but I do appreciate the various religions that transcend the globe in all the different cultures. I may not agree with them, but I respect that religion exists, means a lot to so many, and holds much historical significance.

A fascinating investigation into the truths and myths behind this centuries-old ceremony. This is an age-old practice of attempting to drive out evil spirits and the demonic, whether they inhabit a place or a human being. Underwood surveys the territory with reassuring objectivity, considering the manifestation of this phenomenon in culture as well as ‘in life’ itself.
Underwood begins by comparing the practice in its ancient and modern form, before singling out some examples, situating it in relation to ‘possession’, ‘witchcraft’, and ‘vampires’, before turning to the practice of exorcism at haunted houses and churches before offering some final thoughts.

Definitely worth seeking out – Mark