One of Auckland’s most famously haunted locations, the historic home of the Lush family for several generations. 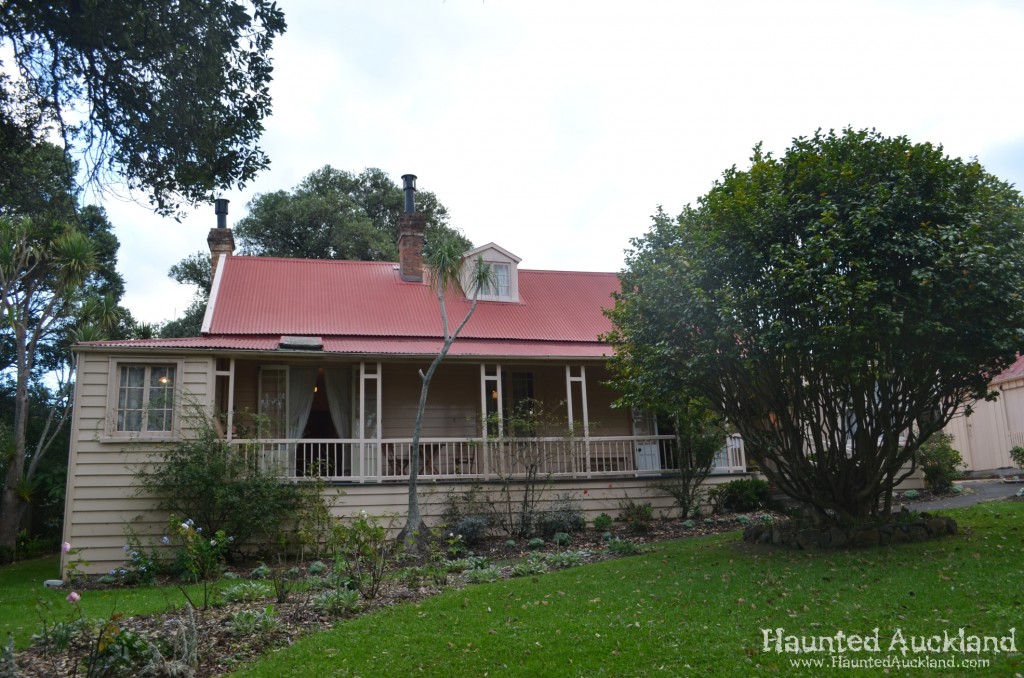 The kauri-constructed Ewelme Cottage has a link with the Anglican community in Auckland, the dwelling designed and built by the Reverend Vicesimus Lush (1817-1882) and his wife Blanche in 1863/64. Ewelme, after being extended 18 years after it was originally built, remained in family hands till 1968. Upon his death, Blanche had the cottage enlarged in the 1880s, living there until she died in 1912. Ewelme Cottage is of considerable importance for its well-preserved interiors and furnishings, and provides great value on colonial building materials and techniques.

Some architects have suggested that the design, with ground floor rooms laid out progressively along the axial length of the building, rather than having a conventional front and back, displays an influence from medieval British dwellings, and a religious consideration of the time which sought to blend medieval architecture into contemporary architecture.

The cottage, inhabited by descendants until 1967, was bought by the Auckland City Council and leased to the New Zealand Historic Places Trust. Surrounded by a charming cottage garden, Ewelme Cottage has remained virtually unaltered since the 1880s and is filled with family furniture and possessions, including a fine collection of over 800 books.

Through the years there have been stories told of hauntings and strange activities within the cottage, so Haunted Auckland decided to see if there is any truth to the rumours.

We decided to do the investigation over two sessions, this way covering our tracks and using the second session to following up on the first.

See the investigation reports for both sessions here.