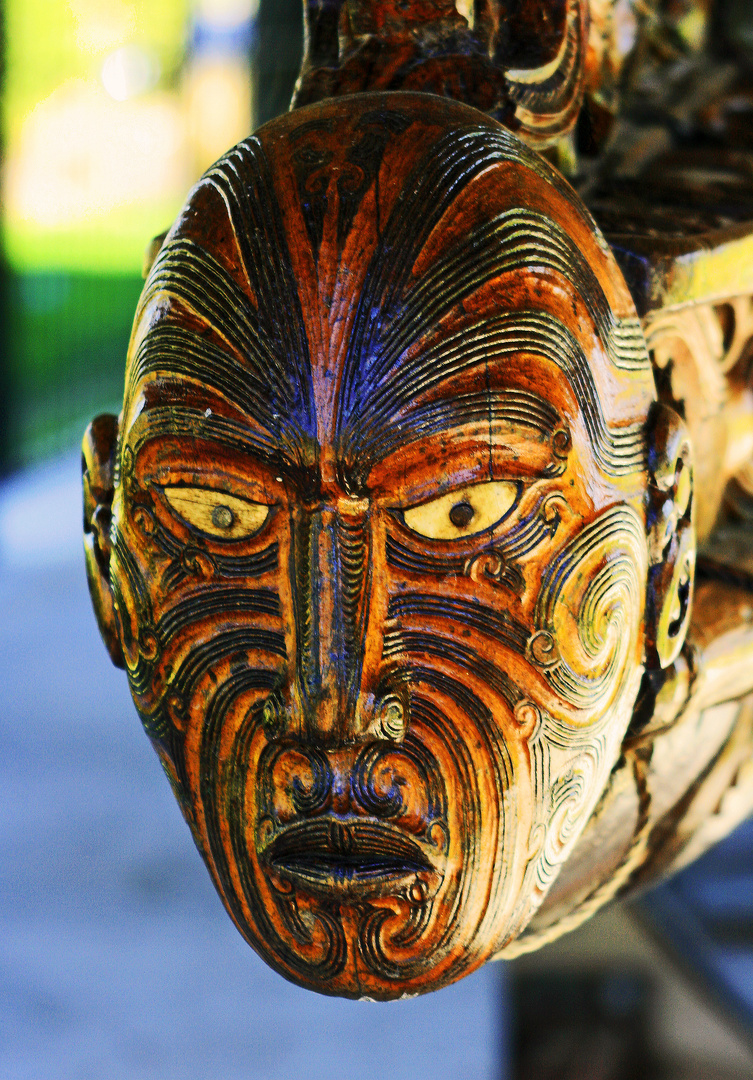 Following a death, Māori custom requires the body of the dead to be returned to its whānau (family) as soon as possible. The whānau is then called onto a marae for a tangihanga (funeral) to remove sadness and clear the spirits.
The ghosts and spirits are called to join those who are already living in the afterlife. It is believed that if certain rituals are not conducted, the whānau of a dead person are likely to face stress and unhappiness and if the spirits are not satisfied, they may choose to take someone else.
Sometimes, when a person was nearing death, beyond hope of further living, a procedure known as tuku wairua was traditionally performed by a tohunga priest, which helped the spirit leave the body so it would not become restless and wander. In modern times, a relative familiar with the procedure may perform the tuku wairua; however priests or ministers, generally Christian, may still be called to give the dying person a blessing.
Many Māori people believe that the spirits of the dead watch over the living.
For this reason, Māori families will hold unveiling services and blessings of gravestones of those who have been gone for a year or longer as a way of remembering and paying respects to those who have died.