Bell House is an historic, listed property built in 1851 and situated in Bell Road, Lloyd Elsmore Park, Pakuranga Bell House is one of four similar houses built for officers of the Royal New Zealand Fencible Corps stationed at Howick and Panmure. Completed in 1851, it was built for Captain Charles Henry Montressor-Smith, of the Royal New Zealand Fencible Corps. On 10 January 1851 Captain Smith received a Crown Grant of Lot 22 Pakuranga. The land (99 acres) had access to the tidal reach of the Pakuranga creek. Captain and Mrs. Smith were temporarily housed in Cook Street, Howick, while their new house was being completed. According to contemporary reports, Mrs. Smith was not too happy with the new residence. It was built on low ground near the creek and the Captain and his wife and servant were often ill. Captain Smith and his family left for another fencible settlement, Panmure in 1856. He sold all his land (Lot 22 plus Lot 26, a total of 78 hectares) to a wealthy Australian, Robert King. Twelve years later, King sold the house and half the land to a Scottish immigrant, David Bell. The property remained in the ownership of the Bell family until 1974 when R.A. Bell donated the entire house and grounds to the Historic Places Trust. Because of this association with the Bell family – one of the early Pakuranga families, this building has considerable regional significance. The house did not remain in its original location. In 1895 Ben Paton, a builder from Howick, removed the house to its present position for the owner, Alexander Bell. 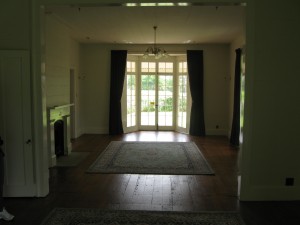 Bell House is one of the few remaining examples of a fencible officer’s cottage. Houses built for private soldiers were double unit cottages (until 1847) and after this, single-unit cottages. As Bell House was built for an officer, however, it was an elegant two-storied homestead. There are very few remaining examples of this type of home remaining. The only other known example is the house standing at 7 Sale Street, Howick (from which the Bell house is believed to have been copied). Earlier examples of the architectural style of Bell House, described as ‘Mission style’ or ‘portable Georgian’ are the Kemp House in the Bay of Islands (1821) or The Elms in Tauranga (1847). The officers’ houses in the Waikato, similar in appearance if not in the plan, were exemplified by Bell House. The designs for the fencible cottages came from Army Ordinance Depots in England or Australia. Local materials were used but the bricks for the foundations, the chimneys, and wells were sent out from England as ship’s ballast. 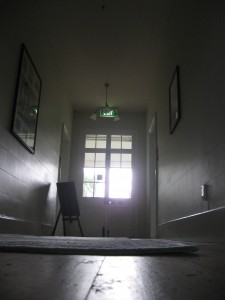 Bell House is a significant structure within Lloyd Elsmore Park, in which various buildings of the Howick Colonial Village are located. Bell House is not visible from the main Pakuranga highway, but is prominently situated on Bells Road on the entrance to the Village.

The house is built in the Georgian style, adapted to Colonial conditions. It has a verandah on three sides, with French doors and a symmetrical facade. There are 12 light double hung windows under the eaves. The French doors open onto the verandah from the main downstairs rooms. The architect for Bell House is unknown, but was the work of Army Ordinance Depots in England or Australia. The main strength of both buildings derives from the lengths of kauri rising to the height of the house at each of its four corners i.e. similar to the ‘balloon framing’ method of construction, used primarily in the United States. The interior of Bell House is considered typical of all fencible homes. They were mostly plain hipped-roof houses with a wide hall, drawing room and dining room connected by folding doors, and a stairway leading to two bedrooms and a dressing room above. 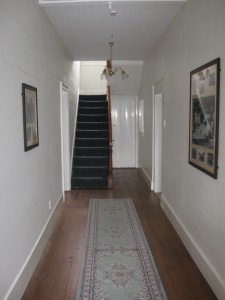 1895 – After the house moved to present site (see Historical Significance) lean-to added to back of house comprising kitchens, two large bedrooms, and two small rooms for a servant or farmhand. 1974-76 – One-storied portion added at back in 1895 considered inferior (description above) and replaced with a sympathetic addition. The house is built of pit-sawn heart kauri timber, which was hand dressed on the site. To this day it is free from borer. The ceilings and walls were lined with lightly joined nine inch wide tongue and groove kauri boards. Square-head nails were used only when necessary. The foundation and chimneys were constructed from bricks imported from England.

Haunted Auckland were invited in to survey the historical surroundings of Bell House.

Investigators on this session – Mark, Matthew and Lisa. 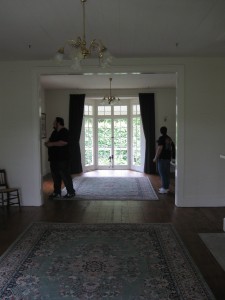 This was a very low key and relaxed evening investigation covering only a few hours.

A full Photographic sweep in the interior and exterior was carried out, as well as EMF and atmospheric readings noted on both floors and in all rooms.

Audio recorders were positioned in the upstairs and downstairs levels. Static video cameras were also left filming on the two floors. Due to equipment and time restrictions, we were unable to delve more thoroughly into the house at the time.

The investigation here lasted just 3 hours before we were kindly allowed access into some of the other homes around the main village to do a preliminary evaluation of the area to plan out further investigations of the Howick Historical Village in the new year. 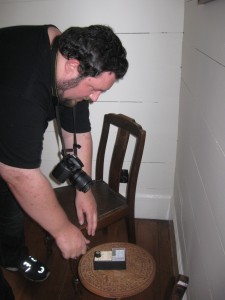 After analysis of our footage and gathered data from this investigation we found no unusual movement, sound anomalies or fluctuations to suggest there was anything paranormally ‘out of place’ within Bell House.

A further visit entailing a more intense and detailed session would be looked at in the future. 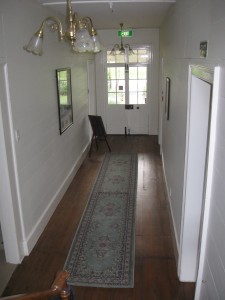 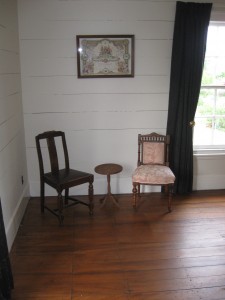 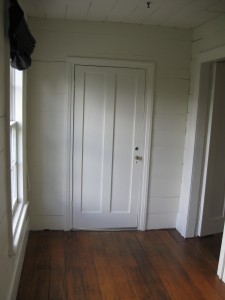 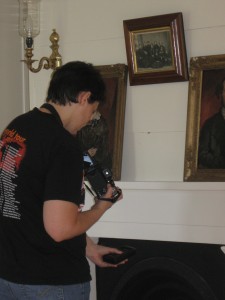 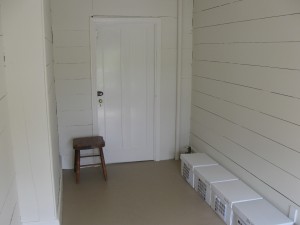 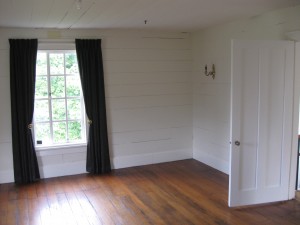 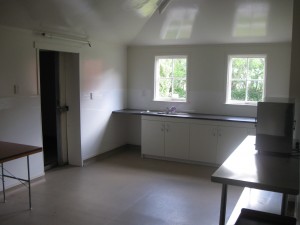