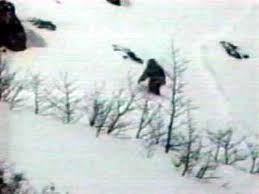 The Yeti is an Asian Bigfoot found in the Himalayas. Inhabiting Nepal, Tibet, and India, the Yeti is probably the closest living relative to Gigantopithecus, a prehistoric gorilla that lived in Asia million years ago. In Buddhist mythology, the Yetis were peaceful creatures, very shy that lived in dense snow caves on the glaciers which form the Ganges River in India. The Yeti was even mentioned in pre-Buddhist cultures, such as the Lecha people, who worshiped a “Glacier Giant.” Tibetan and Nepalese monasteries have collected several skulls and bones of the yetis, some which preside in the Smithsonian Museum today. Although one of their specimens was proven to be a human bone, others contained the museum are still in question.  On 2013, British Geneticist Bryan Sykes, scientifically confirmed that some of the dna samples of the Yeti didn’t belong to any existing animal; instead to prehistoric polar bear believed to be extinct! Could these prehistoric “glacier giants” still roam the vast mountains? 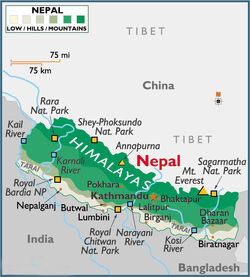 Yetis according two Twenty-First Century sightings are said to stand from eight to ten feet tall, have a furry coat of white or black fur, and look like the cross between a man and an ape, or bear. Some scientists believe that the Yeti is a Snow Bear, but the probability of a Snow Bear reaching such altitudes to reach the glaciers is low. Yetis have a white or blue coat to blend in with their icy environment; however, it may change to a darker coat during the spring. Several expeditions have taken place to find the Yetis, however, only footprints, bones, and hair samples have been  discovered.

As Yetis inhabit many diverse regions of Asia, different cultures have various names for the snow giant. 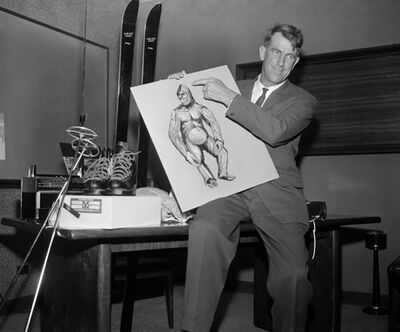 Yetis have been sighted in the Himalayas since 6th BCE to 2011. It is the oldest recorded Bigfoot, or hairy hominid.

Sir Edmund Hillary, one of the first two men to climb the world’s highest mountain, Mount Everest, has died at the age of 88, on January 11, 2008, local New Zealand time. He climbed the 29,035 ft (8,850m) peak with Sherpa Tenzing Norgay, reaching the top on May 29, 1953.Born July 20, 1919, in Auckland, New Zealand, Sir Edmund Hillary began climbing mountains in his native country as a teenager and earned renown as an ice climber.He served as a pilot during World War II and as New Zealand’s ambassador to India  in the 1980s. Within cryptozoology, Sir Edmund Hillary will be remembered, first as a man who hunted the Yeti.In the 1950s, curiosity about the identity of the “Abominable Snowman” drew Edmund Hillary into the search. Stories

In 1952, Hillary along with George Lowe found hair on a high pass while in the mountains, relating it to Yeti.In 1953, Yeti tracks were found by Hillary in the Barun Khola range. The next year, two British members of Hillary’s team discovered Yeti tracks in the Choyang Valley. His trusted Sherpa friends would tell Hillary of their firsthand sightings of the man-sized Yeti.The Sherpas in Nepal know of several types of “Abominable Snowmen” in the mountains of Asia.When Hillary went to the Himalayas to look for the Yeti, he and his collaborator, journalist Desmond Doig, noted that there were several unknown primates said to be there still undiscovered in any formal way.Among the varieties was one called the “Nyalmo.” Hillary and Doig learned of the Nyalmo in north-central Nepal.

Misidentification of Himalayan wildlife has been proposed as an explanation for some Yeti sightings, including the Chu-Teh, a Langur Monkey living at lower altitudes, the Tibetan Blue Bear, the Himalayan Brown Bear or Dzu-Teh, also known as the Himalayan red bear. Some have also suggested the Yeti could actually be a human hermit.A well publicized expedition to Bhutan reported that a hair sample had been obtained which by DNA analysis by Professor Bryan Sykes could not be matched to any known animal. Analysis completed after the media release, however, clearly showed the samples were from a Brown Bear (Ursus arctos) and an Asiatic Black Bear (Ursus thibetanus).In 1986, South Tyrolean mountaineer Reinhold Messner claimed to have a face-to-face encounter with a Yeti. He wrote a book, My Quest for the Yeti, and claims to have killed one. According to Messner, the Yeti is actually the endangered Himalayan brown bear, Ursus arctos isabellinus, which can walk both upright or on all fours.The 1983 Barun Valley discoveries prompted three years of research on the ‘tree bear’ possibility by Taylor, Fleming, John Craighead and Tirtha Shrestha. From that research the conclusion was that the Asiatic Black Bears gait now appears bipedal.

This “yeti discovery”, in the words of National Geographic Magazine editor Bill Garrett, “[by] on-site research sweeps away much of the ‘smoke and mirrors’ and gives us a believable yeti”.This fieldwork in Nepal’s Barun Valley led directly to initiating in 1984 Makalu-Barun National Park that protected over half a million acres in 1991, and across the border with China the Qomolangma national nature preserve in the Tibet Autonomous Region that protected over six million acres. In the words of Honorary President of the American Alpine Club, Robert H. Bates, this yeti discovery “has apparently solved the mystery of the yeti, or at least part of it, and in so doing added to the world’s great wildlife preserves” such that the shy animal that lives in trees (and not the high snows), and mysteries and myths of the Himalaya that it represents, can continue within a protected area nearly the size of Switzerland.In 2003, Japanese researcher and mountaineer Dr. Makoto Nebuka published the results of his twelve-year linguistic study, postulating that the word “Yeti” is a corruption of the word “meti”, a regional dialect term for a “bear”.
Nebuka claims that ethnic Tibetans fear and worship the bear as a supernatural being. Nebuka’s claims were subject to almost immediate criticism, and he was accused of linguistic carelessness. Dr. Raj Kumar Pandey, who has researched both Yetis and mountain languages, said “it is not enough to blame tales of the mysterious beast of the Himalayas on words that rhyme but mean different things.”In October, 2013.
A British geneticist said he may have solved the mystery of the yeti, after matching DNA from two animals said to be the mythical beast to an ancient polar bear. “We have found an exact genetic match between two samples from the Himalayas and the ancient polar bear,” said Bryan Sykes, emeritus professor at Oxford University. The two hair samples taken from a beast shot in the Kashmiri region of Ladakh 40 years ago and the other found in Bhutan a decade ago. He said that the DNA from the Himalayan samples was a 100 percent match with a sample from a polar bear jawbone found in Svalbard in Norway, dating back between 40,000 and 120,000 years.
Some speculate these reported creatures could be present-day specimens of the extinct giant ape Gigantopithecus.
However, the Yeti is generally described as bipedal, and most scientists believe Gigantopithecus to have been quadrupedal, and so massive that, unless it evolved specifically as a bipedal ape (like Oreopithecus and the hominids), walking upright would have been even more difficult for the now extinct primate than it is for its extant quadrupedal relative, the orangutan.