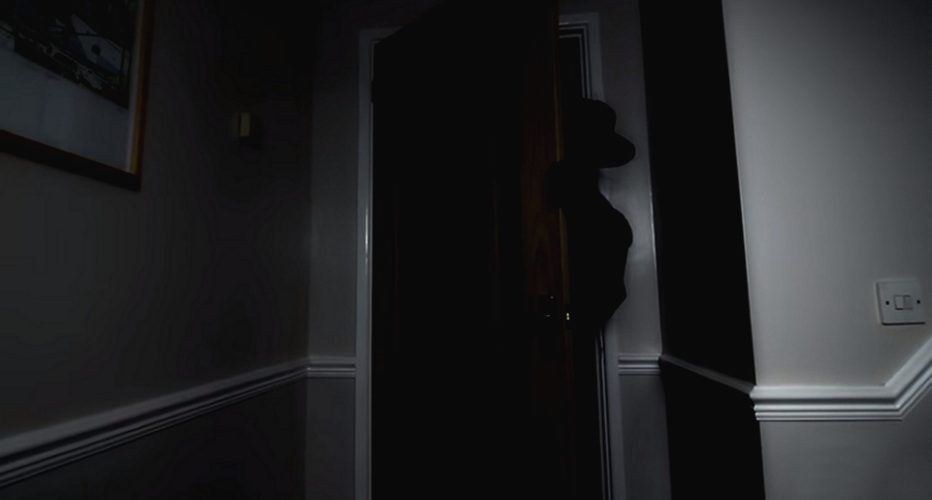 My parents built our three bedroom family home when I was 8.

Growing up I would often see a shadow of a figure down the end of the hallway, standing by the three bedroom doors. I was never scared or afraid at any time when I saw it, but I would often duck or move to the side, thinking that something was hanging down and I was going to bang my head. This was a regular occurrence and often frustrating, as I would realise afterwards that, there was nothing against the wall to hit or walk into.

As the years went by, I started noticing shadows or a shape of a person in the window or at the door of our lounge entrance; but whenever I turned to look, there was never anyone there.

Eventually, I mentioned to my mother that I have been seeing a man; wearing a Grey suit and bowler hat, standing at the end of the hallway by the bedrooms.

My mother looked at me and replied that my sister had also said the same thing and had given the exact same description of what he was wearing. My sister and I never spoke of seeing the man until that day. We both talked about seeing the man but not seeing his face and how his hat would always make you duck, or think you’re going to hit your head.

A few weeks later we were clearing out a few things from old boxes and we came across a picture. I was shocked and I showed it to my sister. We both said ”That’s the man in the hallway!”

We showed the photo to mum and discovered that in he was in fact, our great grandfather. We had never met him, as he had passed before any of us were born; and yet here was this picture of a man standing wearing a Grey suit and bowler hat.

We felt very honored and proud that our grandfather was with us still and still ‘watching over us’ and playing a sneaky prank on us with his hat (Apparently he was a bit of a jokester).

As the years went on we didn’t see him as much, but he would let us know he was there still by either turning on lights, opening a door or showing a shadow across the floor. In one case, banging the new blinds Mum put up in the kitchen, because he obviously didn’t like his view being blocked to the outside garden. Those blinds lasted three days, because Mum got annoyed at the constant banging.

When I had my daughter, things took an even more interesting turn.

She would talk to him, and at night she would often call out from the bedroom, calling to someone who she called ‘’Grandad’’. The conversation always started the same.

We would then go and say that Grandad’s not home as he’s at work still (My father worked nights) and she would argue that he was home, because she could hear him and he was talking to her.

And now, 40 years later my Sister’s daughter has started mentioning the man who stands at the end of hallway and smiles.

Each time she tells us, we reply with “Make sure you say Hello Grandad.”