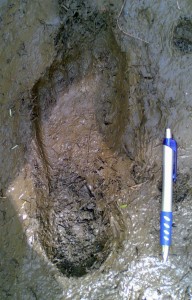 Back in the 1930′s, the newsletter of a group called the Mountaineers (www.mountaineers.org) suggested a list of ten items that outdoors enthusiasts should always have while with them while enjoying outdoors recreation activities. These items have since become known as the “Ten Essentials”, and most authorities on hiking, backpacking, and climbing strongly recommend these as a minimum standard of preparedness. Having these items has saved literally hundreds of lives, and not having these items has doomed many adventurers to an early demise. Although the list varies a little in accordance with the terrain, the Ten Essentials are usually listed as:

As mentioned, there are variations on this list, but these items are more or less agreed upon as a starting point for ensuring the highest probability of survival and safety. It is highly recommended to carry these items at all times while in the wild, even on the shortest of day hikes.

Many people ask me what they can do to help with the gathering of bigfoot evidence and data. Most would-be bigfooters go to likely bigfoot habitat and basically camp for a couple days, keeping their eyes and ears open, and sometimes even have possible encounters with these or other animals. They return from their excursions excited about the trip, but with nothing more to show for their efforts than stories. While stories have a place in bigfoot research, especially when examining the behavior and habitats of bigfoots, they don’t have much other value.

I propose that we move beyond the stories and into the realm of data. The value of data verses stories is that data can be shown to other researchers an evaluated independently and objectively based on what’s in front of the reviewer, and not filtered through a subjective filter such as a witness.

Bigfoot data is extremely rare and difficult to find. Signs of the passing of a sasquatch are subtle at best, and it takes many years of experience to start developing one’s eyes to “see”. It is much like looking at a patch of ground. After a few moments of examining say a three foot square section of forest floor, one notices a carpenter ant crawling along. Almost immediately after noticing this ant, the twenty or so other ants in this square of ground seemingly jump out at your eyes, and you notice that the area is covered with them. When you learn what you’re looking for, it’s easier to find it. I’ve been doing the bigfoot thing for a long time now, and bigfoot evidence is never easy to find, but without knowing what one is looking for, it’s almost impossible.

Even if one is lucky enough to find evidence that might be from a bigfoot, what does one do with it? The best idea would be to collect it and show it to an authority for his/her analysis. While this article does not endeavor to teach data collection techniques, I hope that its writing will help the amateur bigfooter be prepared to bring some form of data back for peer review.

The ten items that I deem The Ten Essentials of Bigfooting for the average bigfooter to bring into the woods for the purpose of data collection (which do not overlap with the above mentioned ten essentials for safety) are as follows:

There are many other items one could bring to ensure preparedness for all types of evidence gathering, but these ten items should cover most of the more common types of potential data.

A video camera is absolutely essential. If one sees a bigfoot and manages to film even a few seconds of it, the information that can be gathered from this form of data is immense. We are still squeezing the Patterson/Gimlin film for tidbits of information even today, some 40+ years after it was filmed. Video cameras are also invaluable for filming the context of other data, such as footprint evidence and tree breaks. They should be utilized immediately after sightings to interview everyone involved in the sighting, and to show the methods used to document the sighting locations.

Video cameras should also be used to document the chain of evidence of collected data. Be sure that the dates and times that might be included in the time stamp on your footage is accurate. In a pinch, the microphone on the video camera can be used to capture audio data as well.

An audio recorder is the most likely method of data gathering. It can be as simple as a tape recorder, but I encourage bigfoot researchers to pay the extra money to buy a digital audio recorder. I purchased one of these for a research partner that was a simple Mp3 player/recorder which records up to seven hours of uninterrupted audio at a time. The price tag was a mere $100. This may seem like a lot of money, but the advantages over the old cassette recorder you might have in the garage are considerable.

A still camera is very important. Most bigfoot sighting reports one finds online or in print have no sense of context whatsoever. Historical photographs of bigfoot data are few and far between. Perhaps this has to do with the cost of film development, but with the advent of digital photography, one can take hundreds of photographs at virtually no cost beyond that of the camera itself. All evidence should be photographed where it was found before trying to recover it and take it back to civilization for review. This includes, but is not limited to footprints, tree breaks, hair and tissue samples, and sighting locations. For an excellent piece of data on par with clear footprints, there should be many photographs documenting everything one can think of from the context of the data, the people involved, the gathering of evidence and the storage thereof, as well as anything else that even might be relevant. 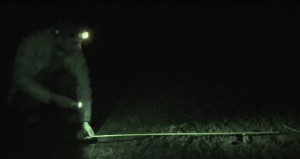 A notepad and pencil should be taken everywhere while in the field. Field notes are the bread and butter of field biologists. When vocalizations and/or knocks are heard (and hopefully recorded), the time should be noted and written down, as well as a general description of what was heard, including the estimated distance, compass of the sound source, and other witnesses. One should write copious notes on the circumstances around any gathered evidence including GPS coordinates, and maps of the context of the found evidence (to scale if possible, but at least with the distances between important objects written in). A daily journal should be kept in the notes to document what was and wasn’t found, and when. Sightings of other mundane animals should be noted for their time and location. Weather conditions and animal behaviors should be noted. Daily activities will fill most field notes, not bigfoot evidence. Not finding data will be the norm for any expedition, but negative data is still data, and can be very important.

A tape measure is essential to add value to your collected evidence. A scale item should be included in any photograph, and a tape measure is often the best way to do this. Tape measures should be used for measuring the heights of tree breaks, the circumference of the broken trees, the distances between data, the height of trees/objects sasquatches might have been observed next to, etc. The distances between footprints should be measured (and noted in your notebook on the detailed map ou should draw of the scene). Footprint evidence should always be in photographed with a tape measure next to the footprint. This ensures that the width of the print can be obtained. Too many photographs of footprints come in with no scale item at all, or someone’s foot or boot next to the print. I am guilty of this myself, back in the day. Learn from my mistakes, and always pack a tape measure on your expeditions.

A GPS should not only be taken with you for navigation purposes, but also for documenting possible bigfoot evidence. The GPS coordinates of your base camp should be noted, as well as any satellite camps. GPS units can be effectively used to measure longer distances than could be measured with a tape measure (though the margin of error will be larger, but often to within three meters or so). Used in conjunction with a compass and another listening post, one can get compass bearings, plot positions on a map, and triangulate the likely position of the vocalizing animal to later search that area for possible footprints or other evidence. A GPS is a very valuable tool for coordination with road atlases and forest service maps to find out one’s location on the virtual maze of logging roads that might permeate the bigfoot habitat being explored.

A plaster product should be with you, or at least in your vehicle, at all times. I do not recommend plaster of paris, but rather Hydrocal or other gypsum cement for issues of durability and water resistance. I have seen literally hundreds of impressions that look like bigfoot footprints in the ground, and most of them are not. Usually, the impressions can be ruled out by context, being that only one good print may be found, but there should be other evidence of the animal’s passing nearby. However, sometimes it cannot be ruled out so easily, and the print could actually be from the animal you are seeking. My rule of thumb is, “When in doubt, cast it.” I have cast more than one possible bigfoot footprint that, upon later scrutiny, has turned out to be from an overstepping bear or a hiker’s boot. This information could not be discerned from the print in the ground, but only by a close examination of the footprint cast. Plaster is cheap, especially when compared to the rarity of footprint evidence. Several years ago I had the opportunity to photograph the Titums collection at the Willow Creek Museum, and I was surprised at a couple of the footprints I saw. I wouldn’t have taken the time and effort to cast them, but Mr. Titmus did. That was the day I changed my view. So, again… When in doubt, cast it.

Latex gloves, paper envelopes, and small plastic containers go hand in hand for collecting physical evidence. When collecting hair, scat, skin, or blood samples, always wear latex gloves. Some of this spoor might yield the rarest form of evidence, DNA. Several attempts to isolate DNA from previous samples have been foiled by contamination by human DNA. Don’t let this happen to your valuable sample. Keep dry samples of tissue (hair, dried skin, dried blook on gauze from your first aid kit) in a dry paper envelope. If you come across a wet sample (wet blood or skin from a fresh wound), keep it in a plastic container with an alcohol solution of 70+% alcohol, such as Everclear.

The above list is what I consider to be a basic list of gear for the collection of bigfoot evidence. There are many other tools, toys, and gadgets that can be used for this purpose, and I am always looking for better ways to gather data. The above explanations are not meant to be thorough explanations on the forensic techniques of evidence gathering, but rather a basic list of why to carry the items.