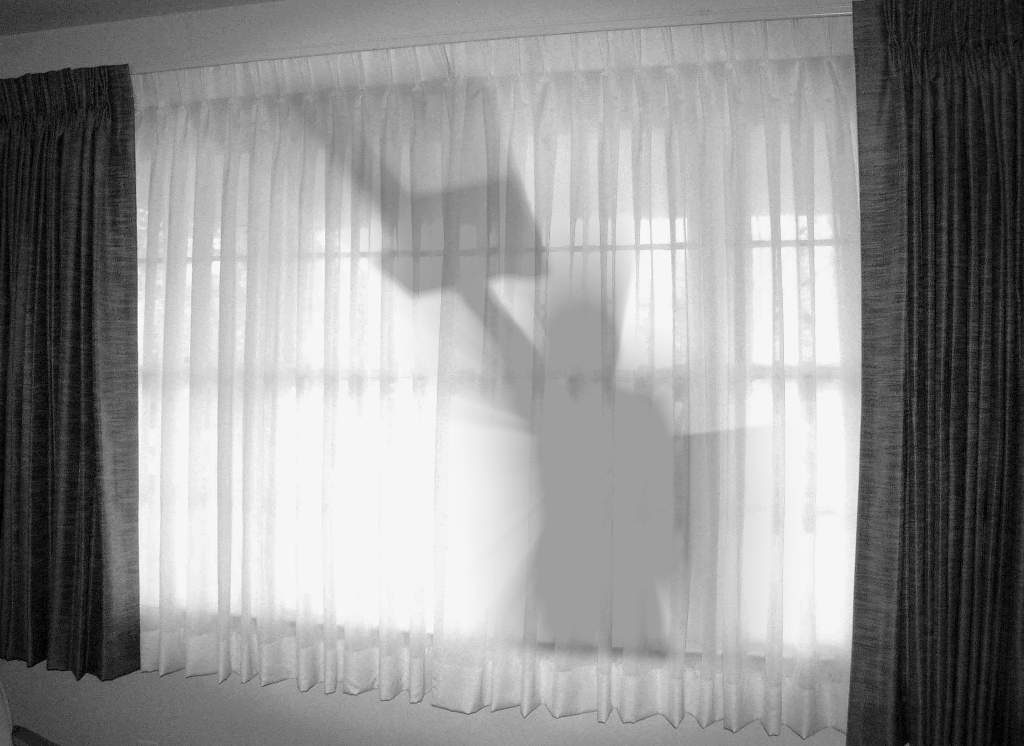 I lived in a house in Stanmore Bay a couple of years ago. When we first moved in everything was okay, nothing weird had happened. About 2 months into living there felt like there was someone watching all the time and we didn’t really know why but we shook it off like nothing. My room was on the other side of the house and my room was always really cold because it was like a little storage room (I chose to have a smaller room because it was always cosier).

One day I was babysitting my little cousins and they were jumping on my bed and instead of a curtain we had a velvet sheet up against the window, anyway the sun was shining through and I looked over and saw a little boy figure standing in the shadow of the window holding up what looks like a newspaper (we always use to throw away all the unwanted newspapers around the back of the house) anyway I had a look and no one was there, then a couple of night later my dad was just about to have a shower and my mum was sitting having her cuppa tea, and my dad thought my mum was being cheeky and running down the hallway toward the shower trying to take his towel off, he ran into the bathroom and locked the door and then felt the handle trying to be turned, when it stopped he went out to see my mum and she was still sitting in the exact same spot and she asked him why he is standing there staring with his towel off, that night my little brother wouldn’t stop crying so my mum being religious and all did a little prayer and said that whatever is trying to attach itself to him be gone and as soon as she said that he stopped crying almost instantly.

We decided we needed someone to pray over the house so people from this church came into our house to make all the spirits go away, and anyway they walked into my room and saw the shadow of a little girl inside my wardrobe so they just ignored it and pretended they didn’t see it walking around so they prayed over it and as soon as they did the temperature in my room increased rapidly and 2 weeks after we moved out… right next door.