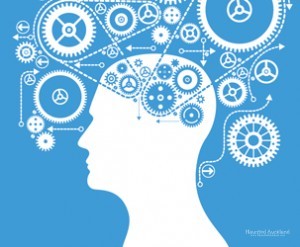 As we enter 2013, and continue our investigations into the unknown, I wonder if we, as communities are really ready for scientific evidence to be truly found, tested and released for public and scientific scrutiny.

As word has continued to leak about the current Big Foot DNA study, the chatter is already deafening! Let me throw a few details before continuing…

A former certified and honorable Police Officer, David Paulides entered the investigation field of Big Foot. He happened upon some hair found by a dumpster that he believed could have come from this elusive, unknown being. After many rejections to have the samples tested by professional labs, he found Dr. Melba Ketchum.   Impressed by the credentials and forensic collection by Paulites, she agreed to conduct the DNA tests.

She is NOT a Big Foot believer or involved in the Cryptozoology field. Many samples are now entering this study and evidence continues to be submitted. As results continued to present shocking findings, this study continued to follow the professional protocol of blind testing by other well-known and qualified labs. A major scientific journal is conducting a thorough review of this work and all the sound details as to exact findings.

Now….enters The Big Foot community, which only has leaked data and rumors and has made it almost impossible to know what is true and what is the “ego-bullying” or benighted commentary by those claiming Cryptozoology dominance and/or expertise! As those of us embedded in these communities have learned, the curious public will look at us for more information. They are most likely going to trust the titles we all put behind our names, such as; Paranormal Investigator or Cryptozoologist. The reactions to this study are already all over the internet, blogs, forums and social media. But the general public will most likely never take us serious if we have more drama and mudslinging going on internally than externally.

This is where my question starts.

Professional and properly vetted Investigator finds and skillfully collects evidence. A specialist in animal research and DNA accepts the offer to test the samples. Results, although shocking, concludes an unknown species! Samples are sent blind to other scientists and labs.

DNA reveals Unknown species as a whole but this new discovery does share a common link or definite relationship to humans. This is a modern Hominid! The results show an ancestry to humans back approximately 15,000 years. The blind tests and studies filtered out all known species such as wolves, Bear, and other known suspects but the DNA experts were left with data that reveals it also came from a primate species still unknown to science!

The reactions from this, yet to be presented in full study, have been everything from moderate skepticism to outright discrediting campaigns and chest beating statements to dismiss all of it without ever seeing the real and full detailed facts. There is a scientific system that demands many variables before publishing to the world any new information of this magnitude. Isn’t this how we want it done? Results tested and examined, debated, and done again?

The names on this investigation, research and testing are all accredited! These are the exact people, credentials and technology we want involved in our work. Is it a better mind-set in our communities to wait and decide for ourselves when “we” have the opportunity to see the study for ourselves? To no longer tolerate those that bully for dominance and half fact comments?

I believe that most Investigators that work in the fields of unknown phenomena as Ufology, Paranormal, Cryptozoology or even conspiracy know that we need more unity, cooperation and support. Those that wish for these truths to never be available should be on the other side, divided from truth seekers and the noble, not those of us that enter these communities with a common goal…discovery!

IF there is sound and compelling evidence, physical properties to examine by our best and brightest minds and technologies, and IF we can guarantee a fact based, fair and open peer review…should we not be standing with heads held high and even the chance to, for a moment, know that IF all is as stated by this scientific study, we were right, and take in the real moment that could very well change everything?

Chase Kloetzke earned her Master Trainer/Master Instructor title while employed with the United States Department of Defense. Armed with a Biomechanic Engineer Specialist accreditation, she was responsible for designing specialized programs and the supervision of the success for Force Readiness and Elite Force Protection.
View all posts by Chase Kloetzke →