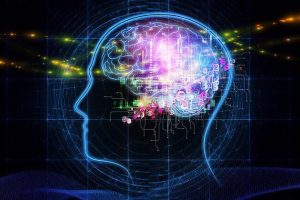 If you’ve caught one of my psi Theory posts previously then you’ll know these are the posts where I kind of download some of the ‘stuff’ floating around my head for you to read. How kind of me right? Hang on is it download or upload, never mind it’s not important or is it?

Don’t panic this wont be a massive post, but wanted to share a question that has been bothering me recently.

Over the last few months a question has returned to me that has been there in the background, but not quite surfaced. However it does seem that others out there are asking the same thing as me and I first encountered this in the Journal of the Society for Psychical Research. I’m talking of course about the true source of probably spiritual communication! This question has mostly presented itself during Séance based scenarios and similar, but isn’t restricted to these in the slightest.

I’ve worked with mediums for many years now, I have close friends and even family that are mediums too. One thing that is important to mention at this point is that in all my research the mediums I have worked have been very open and honest with me. The reason being is that although most of them have faith in what they do and a belief in how they receive communications via spirit, they still all understand that there are other possibilities.

The mediums I have worked closely with (you know who you are) have a true belief in how spirit communicates with them and I believe all they tell me as they tell it. Now for the skeptics and slightly unsure of this kind of communication out there, I am sure many will scream at this piece wondering why I dont question every piece I am given. Well I do in a way, but all I question is the actual source and elements of the information itself. Let me try and explain what I mean.

Firstly, let me just say I have no intention of upsetting anyone with this explanation, its simply my opinion and understanding of how it might work. I believe that a mediums belief and faith in their spirituality is the mechanism that allows telepathic interaction to occur. The problem which then presents itself is the source actual source. Mediums may indeed have spiritual guides or general spirits which assist them in making contact with other spirits in order to obtain relevant or even random information. However its my understanding that these representations of the mediums unconscious self (also called higher self) act like an access point to a probable collective consciousness.

Okay, so I can’t really make such a statement without a little back up information. First up, there are remarkable similarities between various methods of obtaining information telepathically to that of mediumship. For example, remote viewing uses a process to gain the information telepathically. The difference is that the information in this case is seen I believe as an extension of the viewers consciousness. To be fair remote viewing is really interesting and a subject for a post by itself. The results in remote viewing are vast and have even been the subject government projects. The work of Russel Targ is very interesting on this topic. Other methods include precognitive dreams, out of body experiences, astral projection and so very much more.

Yes, there are variations in all of these and most definitely different approaches, but this is my point here. These differences are the changes to the process that makes it possible, they also define the source in doing so. However the source of the information is the one thing we dont know. We have in many cases information that shouldn’t be known by the individual delivering it to us, thus how do they know? In cases like remote viewing the chance of the viewer knowing the information is very unlikely. The chance that a medium knew my Grandad worked on the buses, wore a particular uniform or travelled to work on a motorbike, is really unlikely. What was more interesting was that when the medium gave me that piece of information, I didn’t know either! Spooky right! Thing was my mum quantified this by phone moments later. Question – did the medium pull this information from my Grandad, my mum or me in the future? Most likely is my mum, but why? Well thanks to Einstein and Quantum Physics we know stuff can have an effect on something at a distance, Einstein called it ‘spooky action at a distance’! Okay Im not saying that the answer is quantum entanglement here, but if this is possible then its more likely.

To wrap up. This particular ‘mind dump’ (pardon the term) was to chat about the source of the information in telepathic interaction. Simply put I believe that it’s highly likely that the source of information that is communicated by mediums or perhaps others via telepathic interaction is us! All of us, any of us. Our unconscious minds are ‘googling’ the information from those that have it in their minds. Could Jung’s Collective Unconscious be a good shout?

Perhaps our social media is a lot like us i reality, we’ve modelled our tech on our reality shocker. Right I’m off to update my Facebook status, chuck something on Twitter and upload to the ether.

Feel free to pitch in, I would love to hear your thoughts on this subject?

Ashley Knibb is a Paranormal Explorer, Investigator & Researcher. He writes about his experiences whist investigating the paranormal as well as theories and discussion on paranormal techniques.
View all posts by Ashley Knibb →