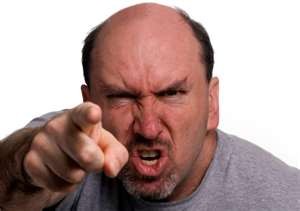 While removing myself from random groups on Facebook, I noticed a post that brought out a very controversial issue within the paranormal field: Provoking.

In said group, a paranormal investigator had asked how to get more activity during a slow investigation. One response included the technique of provoking. Provoking on paranormal investigations is just like it sounds: one or more investigators attempting to provoke an entity into reacting to them. This can involve yelling, insulting, doing things that would have angered or irritated a particular person that is a potential candidate for haunting the location, throwing things, and has even gone so far as to involve ritualistic activities.

While the investigator did not state which if any of these or any of the other myriad of provoking methods out there that he used, he defended the action of provoking by stating “Well, I’m the kind of investigator who is willing to go very far to obtain evidence, even getting hurt. Every solution is welcome!”

Yes, you read that correctly. This statement to justify provoking really says a whole lot of other things about this investigator; what it really says is that he cares more about being able to boast about bravado and gathering data to show off than he does about his client or the fact that this could potentially be a human being that he is talking to. Obviously, this is also open for debate—we have no idea what we are talking to—but also just as obvious, those that are going to provoke the unseen in order to obtain a reaction and boast that it works truly believe there is someone there that reacts in a human fashion. Many investigators believe that this is the case, provoking and non-provoking alike, and it is a potential conclusion to someday reach—so why potentially be disrespectful toward someone just because they are in a different form?

It is apparent that his disrespect shows no favoritism for those of us still walking around, however; his statement also says that he feels that whatever reactions he gets for his “evidence” is more valuable than what this could potentially mean for his client. If there is something in a location that has been provoked, there is someone at that location that will have to deal with this long after this investigator leaves the building and races to update his Facebook, Twitter, and website about how he once again survived the supernatural. Unless this man owns the location that he is at, he has zero right to risk this. A client comes to this man for answers and instead will possibly be left with worse activity than what they had before he came, because why would anyone think that something angry and upset would stop just because they weren’t there anymore?

The type of person that would think this is one that truly feels that the world is about them, and one thing that every investigator needs to remember is this: It is NEVER ever just about YOU. No matter what views you have, no matter whether you think everything is science or everything is psychic, no matter whether you are a skeptic, a believer, or a skeptical believer, it is NEVER just about you. It is about the unknown that is trying to communicate with the known. It is about the client that is scared in their home or office. It is about the museum caretaker or the owner of the historical location that cannot explain things that are experienced or is trying to save a building by allowing us the privilege of experiencing it along with the history and activity that it holds.

This leads to yet another justification that I have ran across regarding provoking. I have heard countless times “If I pay to investigate a place, I should be able to do whatever I want—it isn’t like it is someone’s house.” Hilary and I went on a paid investigation at a location that I will not name; at this location, a woman sits in a chair known to be a favorite of someone thought to haunt the building. The woman begins to yell repeatedly “If you want me out of your chair, come get me out of it!” This continued, getting louder and angrier each time. It was at this point that Hilary stated “I’ll come get you out of it if you don’t stop that.” We then informed our group leader that we were not working like that. It was stopped immediately.

But the woman paid to get in!!! So what? People pay to get into the zoo also, but they aren’t allowed to throw rocks at the lions. She was also investigating with about 60 other people. There were other factors to consider as well. This was one of three paid locations I had investigated—at two of these locations, the owners lived in the building. In the other one, a caretaker stayed the night many, many times. People toured the locations day in and day out. Even if you paid to get in, there is still someone that has to deal with the change in the environment and the possible chaos that this can create.

Do your research. By all means, do your experiments. But be respectful of the people in this form and others while doing it. If you can’t be there strictly for your client, then don’t take clients.

If you do, be responsible and never do anything that you can’t apply this statement to: “It is NEVER about just you.”