Does a group of Large Mysterious Cats roam the wilds of Canterbury? 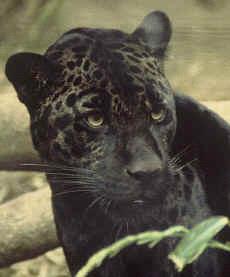 Sightings of these cats are confined mainly to the Canterbury area and have led to the suspicion that the animal or animals are escapees from a private collection.

Sightings began in 1996 when a large black cat, about the size of a Labrador was seen by a woman who was mountain biking in the Twizel area. The cat was seen at a distance of about 30 metres.

MAF was notified of the sighting and it was explained away as a misidentification of a large feral cat.

However, the cat problem was to come back and haunt them when in August 1998 another large cat resembling a Mountain Lion was observed in the Dunstan Ranges near Cromwell, once again the animal was described as the size of a Labrador and having a dark orange – mustard coloured pelt.

MAF dismissed it once again as another feral cat sighting.

At the same time these sightings were coming in people in the Mataura area were seeing and animal similar in appearance to a Bobcat.

July 1999 and another sighting of a large black panther was reported, this time however in the Mackenzie Country.

A report also came in from a Pest Destruction Officer from Banks Peninsular.

Also in July, a Mountain Lion was photographed crossing a paddock near Omarama, once again government officials investigated the sightings and once again, the conclusion reached was another case of mistaken identity involving the giant feral cats of the area, which they assured people could reach a weight of up to 14 kg in the wild.

December of 1999 saw sightings of what has come to be known as the “Moeraki Mountain Lion”. This cat was seen by Canadian tourists as it sunned itself on rocks near Moeraki, South of Omaru. It was described as being distinctly Mountain Lion-like, which these tourists had themselves seen in their native habitat, about 3 metres long and golden coloured. The cat on being spotted sauntered from the rocks and disappeared from view.

The tourists were met with some ridicule; the sighting was however given some serious consideration by a local restaurateur, who offered a reward for conclusive proof of the creature’s existence, none was ever forthcoming.

Another cat to gain fame and a name was a large Mountain Lion-like animal seen in the Lindis Pass area in 1999. It was hiding in the undergrowth and photographed by a pair of British tourists and came to be known as the “Lindis Lion”.

Early 2001 and the Ashford Black cat was once again seen in the Bushside area of Ashford Forest.

The winter of 2001 brought renewed sightings on a farm in the Winterslow area of the Ashford Forest, it was another sighting of the big black cat, this time it was seen in a deer enclosure at twilight.

A similar animal was also seen in the Anama area, and made this area its home for the next two years, creating sporadic sightings until 2003.

A Black cat was also sighted in the Mayfield area near Ashburton in October.

2001 also saw the Fairlington area become the home of a large Black Cat.

November once again saw a team of investigators and an Orana Wildlife Park cat expert descend on the area and look for signs of the big cat’s presence, but nothing conclusive was found.

October 2003 also brought renewed sightings of the Fairlington Cat, which was seen lurking behind a fence near the stockyards of the PPCS Meat works.

2005 and a new sighting of another large Black Panther and it was seen and photographed at Lake Clearwater, in the hills which overlook the Clearwater settlement.

May of 2005 produced yet another Mountain Lion sighting, this time in Queenstown, by an Australian Tourist, the cat was seen in some scrub near the Heritage Hotel, described as being the size of a Golden Retriever Dog, but it moved and walked like a cat.

With the descriptions there are three likely candidates for the species of cat found in the South Island.

Each has a melanistic (Black) version, the first and most likely for the Black Cat sightings is the Black Panther, Phantera, Melanistic Leopards, Panthera pardus are also not unheard of and originate from South East Asia, and the last candidate is of course the American Mountain Lion, Felis concolor which also has a moderately common melanistic form.

The diverse area of the sightings is not beyond the reach of any of these cats as they can easily cover 30 km per day and Canterbury’s climate would be well suited to any of these species, these animals would easily be able to sustain themselves on Canterbury’s ample rabbit and opossum population.

Judging from the sightings more than one cat being involved is not and impossibility, the possibility of breeding occurring should not be overlooked.

Why haven’t they been found?

Cats such as these have remained elusive in the British Isles and continue to do so, unlike the British Cats we actually have a starting date for the phenomena, however the cats came to be in Canterbury, it all started in 1996.

As many people are scared of the ridicule they will face in reporting sightings of these creatures and the many other cryptozoological animals that inhabit our country, I have no doubt that more people have seen these creatures, but are unwilling to come forward.

To me this is a very narrow view as every New Zealander has the right to know and be proud of our Un-natural history.

Yes I can understand reservations in some cases, as there are those people who would be more than willing to try to shoot these animals to bring back proof, if only for the fame and the monetary gain it would bring. I too can see the governmental departments that receive such reports, cringe at the amount of money that may have to be spent on expeditions that may end up as a waste of time and resources, or even their concern over panic as in the case of the Big Cat sightings.

However, the New Zealand public also has a right to know these things exist and make up their own minds.

Populations of Moehau, Waitoreke, and even perhaps Moa may exist in areas known only to a few people too scared of the response they may get to say anything, or are there those that do know these animals exist, but would much prefer they remain a mystery to the mainstream public. Preferring knowledge of their existence remained shared among a select few.