Tell us what you really think

This week another classic…

The 2nd Viscount Combermere became a posthumous celebrity in connection with “Lord Combermere’s Ghost Photo”, taken in 1891 by Sybell Corbet. She was Lady Combermere’s sister and staying at Combermere Abbey at that time. She set up her camera with its shutter open for one hour in the Abbey Library while the entire staff were out, attending Lord Combermere’s funeral at St Margaret’s Church, Wrenbury, some four miles away. When the plate was developed, the transparent image of a man sitting in one of the library chairs was noticed. Many of the staff said that the image looked like the late 2nd Viscount, and the apparition happened to be sitting in Lord Combermere’s favourite chair. It is thought by some that a servant might have come into the room and sat briefly in the chair, thus creating the image. This idea was refuted by members of Lord Combermere’s household.

Has the image of Lord Combermere’s ghost been caught on camera here or do you think it’s something else.

Tell us what you think in the comments… 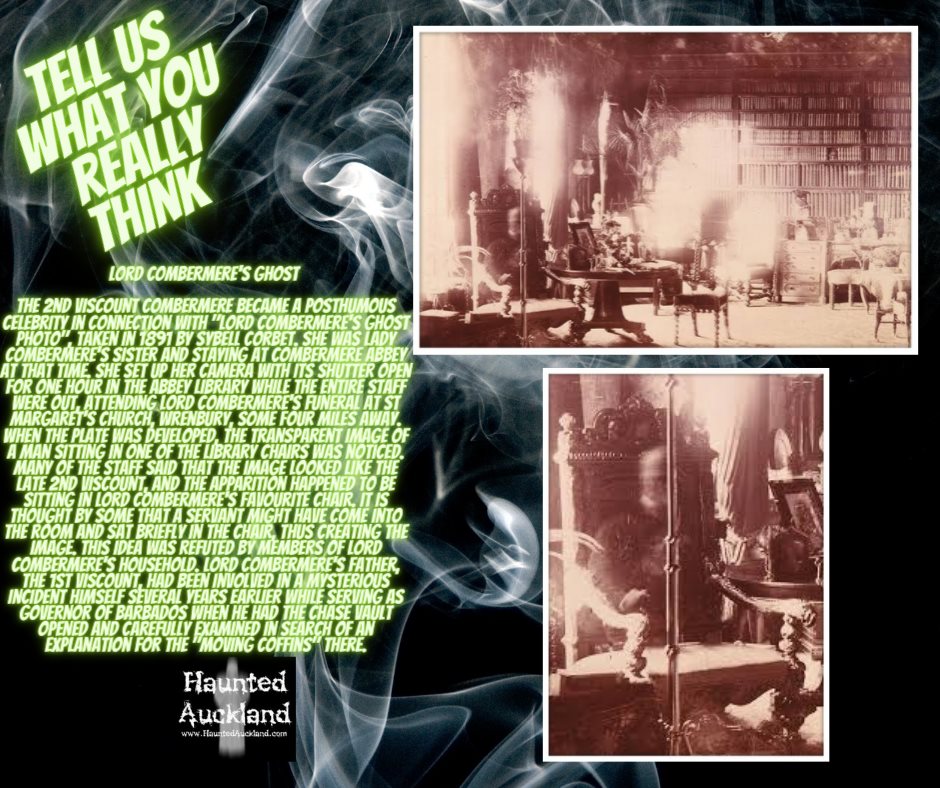