Thirty years ago today, strange lights were filmed in the night skies over the Kaikoura coast. 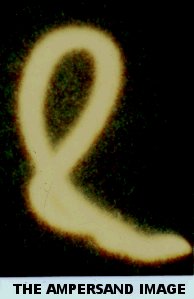 Theories ranged from squid boat lights to sightings of Mercury and Venus. Former television producer Leonard Lee recalls his involvement in the Kaikoura UFO mystery.
On the morning of December 31, 1978, I received an early-morning call from Neil Miller my chief-of-staff in the newsroom at Channel 0 (now Channel Ten) in Melbourne.
He was babbling, telling me one of our reporters and a freelance film crew had filmed UFOs from a freight plane in the skies over Kaikoura the previous night.
My friend – and fellow Kiwi – Quentin Fogarty was the reporter. I had sent him to recap another apparent encounter by two pilots 10 days earlier.
The objects were also seen by the two pilots, Bill Startup and Bob Guard, Quentin’s cameraman, David Crocket, and his wife, Ngaire, the sound recordist.
They were also confirmed on ground radar in Wellington and Christchurch, and further confirmed by the plane’s radar.
We also had 16mm film footage of the lights.
As news of the sightings spread through the media, Quentin was holed up in a Christchurch motel with his family, and I knew we had to get him back to Melbourne with the footage as quickly as possible.

I was nervous the film might be confiscated before we could get our hands on it.
It was New Year’s Eve and almost all the airline seats had been sold out.
Luckily, I managed to get him a first-class ticket on an Air New Zealand flight into Melbourne that night.
I was very nervous by then, concerned the film might be blank or unusable.
Later, I stood with Quentin in a darkened editing room as the film editor began spooling the footage through his machine.
And there they were: lights dancing and changing shape, lots of them – unidentified flying lights.
None of us slept that night as we worked into New Year’s Day trying to pull together for international release a news story we knew nothing about.
Unlike other news stories we had absolutely no reference points for this, most of us having previously believed that UFO sightings were akin to spotting hobgoblins down the back of the garden.
Telephone calls were coming from all over the world.
The BBC asked us to feed them the story, and at one point I spoke with Walter Cronkite from the American CBS News, which was prepared to pay US$5000 for the film.
It was after the screening of a 30-minute documentary on the sightings that the sceptics – numerous scientists among them – started screaming at us from around the globe.
We had, they said, filmed Venus, Mars, Jupiter, squid boat lights, mating mutton birds, everything in fact except UFOs, whatever they were.
The media also seemed to turn on us and began slyly insinuating we had somehow hoaxed the whole thing.
It was then I decided the footage needed to be examined scientifically, so a judgment could be made as to what the objects were – or weren’t.
I travelled to the United States where I gave the film to Bruce Maccabee, an optical physicist who specialised in laser technology for the US Navy.
I also persuaded Channel 0 to spend some of the proceeds of the story on flying Dr Maccabee to New Zealand to interview witnesses, check radar equipment and review other material concerning the sightings.
He also came to Melbourne to interview Quentin.
Dr Maccabee returned to the US, releasing his preliminary findings a couple of months later.
He disputed all the various theories put up by the so-called experts, although he later wryly agreed the lights could have come from squid boats, but only if they were “flying squid boats”.
He believed the lights were generated by an unknown source, and as such fulfilled the UFO criteria: “unidentifiable, flying solid objects”.
Dr Maccabee’s interim findings notwithstanding, the “Kaikoura UFO” story has never been fully told.
Further scientific research on the sightings was shut down in April 1979.
For 30 years now the Kaikoura story has lain mainly dormant, only resurrected now and then in segments of sensationalised documentaries produced to cater for the so-called UFO crazies.
I still hold ambitions that one day the complete story will be told.
This was reinforced during a visit to Renwick last week, where producer Paul Davidson has the decommissioned old Argosy Safe Air freighter – the Merchant Enterprise – on show on his front lawn next to the main highway to Nelson.
I spent a lot of time looking out at that old, historic aircraft, reliving the extraordinary events of December 30, 1979.
During my time there I had the pleasure of meeting Captain Bill Startup for the first time and reading his book The Kaikoura UFOs.
It wasn’t until I read his book that I realised how courageous the witnesses had been on that night. Not only did they fly south from Wellington to Christchurch, they then flew back through the UFOs to Blenheim.
I would have jumped off in Christchurch and bloody stayed there.
For 30 years I have lived almost every day with this story. The trouble is that no story can ever match it.
By Leonard Lee