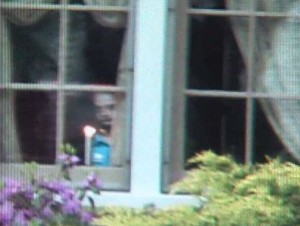 Perhaps using a scent that you are sure to notice or that can instantly trigger a past event is a softer way for a love ones spirits to communicate without causing alarm or making you question your sanity even more then you already do?

Unexplained noises can be just about anything that an individual hears but can’t be explained away with a logical source for the sound produced. Such sounds can include the sounds of glass breaking, footsteps, floors creaking, doors slamming, and the sound of furniture moving when no one is present to cause such noise. Also, knocks, banging, rapping, scratching, sounds of something being dropped. Sometimes these noises can be subtle and other times they can be quite loud. Scratching noises, like all other reported noises, need to be examined carefully to determine if they can be ruled out and explained by mundane experiences. Sometimes mice and small animals can get into walls and ceilings and produce similar sounds.

You might hear music playing from an unknown area or your name being said by someone or something who isn’t there. Whispered voices, groaning, crying, children singing and laughter, have all been heard by many people all around the world going back many years. Sometimes individuals report hearing voices of someone that he or she knows, but the person the voice is associated with isn’t present at the location at the time the voices are heard, or the individual that was heard did not actually speak at the time that the voices were recognized. Often, the voice heard is that of someone deceased.

One phenomenon related to this is involves hearing one’s own name called when no one else is present at a location or when no one called out an individual’s name; this is often referred to as the “calling ghost phenomena.”

Inadvertently voices or unexplainable sounds can be recorded to audio tape or MP3 recorders. In the Paranormal research field, the capture of sounds or voices on audio recorders is termed EVP. This stands for Electronic Voice Phenomena and is thought to be the byproduct of an a possible communication. When a spirit or entity of some sort is trying to communicate, these disembodied voices will usually not be heard during the recording session but will be audible during playback.

Sometimes the sounds and voices could be of a residual nature.

You swear you closed them all before leaving for work, so why is one wide open when you return? Doors, cabinets, and drawers with minds of their own are classic hallmarks of a haunting. most often, these phenomena are not seen directly. The experiencer either hears the distinct sounds of the doors opening and closing or the experiencer will return to a room to find a door open or closed when they are certain that it was left in the opposite position. Sometimes furniture, like kitchen chairs, are perceived to have been moved. Very rarely will the experiencer actually witness the phenomenon taking place.

Lights and appliances turning off and on

The lights go out but the switch hasn’t moved. The TV flicks on and off. Brand-new batteries drain in seconds. When activity begins to increase at a location, in many instances the electrical appliances will either turn on by themselves, off by themselves or both. These events are seldom seen actually occurring, but the lights are switched on or off when the experiencer knows they were not left that way. The theory is that spirits are made up of, and require, energy. Energy could be defined as heat, electricity, light, static, even our own body’s energies. So they draw it from whatever nearby source might be handy. This in turn, might end up being from your home appliances and electrical gadgets. That or you just need to get a reliable electrician in to look at your wiring.

If the temperature of the air around you suddenly changes, it could be a sign that a spirit is nearby. A cold spot may appear just before during or after other paranormal activity.

The theory is that an entity trying to manifest itself or communicate uses energy in the space surrounding it. If the energy drawn is ‘heat’, then it might be possible for a ‘cold spot’ to be left if the heat has been drained from a certain area in the room. It has been documented by investigators worldwide, sudden ambient temperature drops of 20+ degrees during potential paranormal events. These cold spots can be felt and measured and usually are short lived. The cold or hot spots can move from room to room or be very generalized to a specific spot or location. On occasion entire rooms can be much colder than the average house temperature and even colder than the outside air.

When experiencing a cold spot, it should be documented by recording the place, time and ambient weather conditions if possible. The colder air doesn’t always mean that you will actually see a spirit manifest but it may be a sign that one is nearby. Possible explanations for cold spots could be drafts or air convection currents and air conditioning units.

We’ve all been through this frustrating scenario.

The moment when you can’t find your house keys even though you think you left them where you normally do. Later you find them in exactly the place you were looking for them earlier as though they’ve been borrowed by someone and put back. You know you definitely looked for them and could not have missed them. Others have called this “the borrowers” phenomenon, and it’s the familiar experience of not being able to find a regularly used item – say, your set of car keys – which you believe you placed in a spot you routinely place them. But they’re gone and you look everywhere for them with no success. Sometime later, the keys return – in the place you originally put them, as if the keys were borrowed by someone for a short time, then returned.

Pictures falling off walls, vases and other decorative items being knocked over and thrown. Objects that appear to be securely anchored becoming dislodged moving or falling to the floor.

Please keep in mind that from time to time a simple act of placing a glass or object to close to the edge of a table or counter can allow for this type of action to occur. Shelving that may not be level can over time due to vibration from walking cause objects to slowing migrate towards the edge and crash to the floor. Before considering misplaced objects as paranormal please consider factors in the environment first such as pets, children and even other family members that may not remember moving the item.

Many people claim to have seen shadowy figures when talking about paranormal activity in their home. The sighting of fleeting shapes and shadows, seen out of the corner of your eye, could be a sign of paranormal phenomena.

This phenomenon has also been termed ‘Shadow People’. Many times, the shadows have vaguely human forms, while other times they are less distinguishable or smaller. First try to rule out any natural or practical reasons for the shadow or its movement. Headlights of a neighbour’s car shining through windows or curtains, sunlight reflecting off a shiny surface or object, either outside or inside the room.

Animals have sharper senses than humans, and many researchers think their psychic abilities might be more finely tuned also. Dogs may bark at something unseen, cower without apparent reason or refuse to enter a room they normally do. Cats may seem to be “watching” something cross a room. Sooth the animal and get it to calm down.  Take notice of when and where these things happen and see what other signs might be going on.  Pay heed to your pets.  They’re innocently psychic it seems!

As always, look for reasons as to why your pet might be reacting this way. Dont jump to the ‘ghost’ conclusion untill youve given it a little thought first.

Feelings of being watched

This is not an uncommon feeling and can be attributed to many practical things, but it could have a paranormal source if the feeling consistently occurs in a particular part of the house at a particular time. Many aspects around the home can cause feelings of paranoia, anxiety  and being ‘watched’.  From your diet, to possible mental illness and sleep disorders, through to the electrical wiring in your home giving off an unsafe EM field. All have been known to attribute to such feelings.

Feelings of being touched

It could be a sign that spirits are present, or maybe not. An extreme and very rare example would be getting slapped or punched by the invisible someone or something. Again, it is important that you try and rule other things out before coming to the conclusion that it was a spirit who touched you.

For example, something might brush up against your arm when you are standing in an empty room. Think; did you brush past a curtain or is a window letting in a slight breeze? A cobweb perhaps?

Those are some of the most common experiences of those who think their houses are haunted. Yet even stranger things can happen…

Remember, you should always try to find a rational reason for the things that are happening in your home. It is important to try and ‘debunk’ your theories before settling on paranormal phenomenon as the overall answer.