Im often asked about the beginnings of Haunted Auckland and how we got together.

The team’s roots go way back, creating some very deep and solid foundations.

Around 1985, I teamed up with a couple of adventurous mates and, armed with a torch, camera and tape recorder, set out to document and hunt ghosts. In the early days, much of Howick was farmland, miles of greenery and grazing cattle. Macrocarpas, gorse and blackberry bush sprawled out across the landscape. Hidden in what our young minds considered ‘dense bush’ were abandoned farm houses, hay barns and the random, barely-standing remnants of burnt out homes. Long vacant and now overgrown by nature, to us three they were haunted houses. They stood lonely, uncared for, crying out for attention. For us three they were a supernatural adventure about to begin.

Hanging out and exploring, being ghost hunters and pretending we knew what we were doing and knew every technique there was to learn, was a very character building experience.

I guess we might have been New Zealand’s first paranormal investigation team, although this is something I cannot verify. We weren’t really officially ‘out there’, but we did have business cards; well, more like flyers photocopied at the school library.

Being able to talk with other young like-minded adventurers about planning, strategies, the ‘what if’s and ‘wouldn’t it be cool’s fuelled our collective enthusiasm and created a frantic learning pool of ideas and theories.

Twenty or so years of solo investigations and research later, finally lead me to the decision that I was missing the interaction of being in a group situation. its one thing doing paranormal investigation on a one-to-one level.

Just you, the house and whomever (or whatever) might reside there.

However I find paranormal activity is sometimes more satisfying if there is someone there to share it with, be it for simple comradeship or for much needed evidential confirmation and data gathering.

So I decided to pull a few keen people together to re-ignite the team. A rebirth, or continuation, if you will.

I started a website / blog in 2005, BizarreNZ, that I kept updated regularly with strange news, sourced nationally and internationally and updated semi regularly. The rather eclectic, yet popular blog compiled news items on everything out of the norm at the time. The front page stated ”Dedicated to all that is weird and unexplained, BizarreNZ focuses on events in New Zealand as well as encompassing the wider, weirder global happenings; UFOs, Cryptozoology, Ghosts and everything else that is considered paranormal or out of the ordinary.”

During the Xmas holidays of 2009, the Haunted Auckland wheels started turning.

The team’s name, Haunted Auckland, was thought up earlier that year as I was tossing ideas around in my head about which direction I should travel with paranormal research in the future. 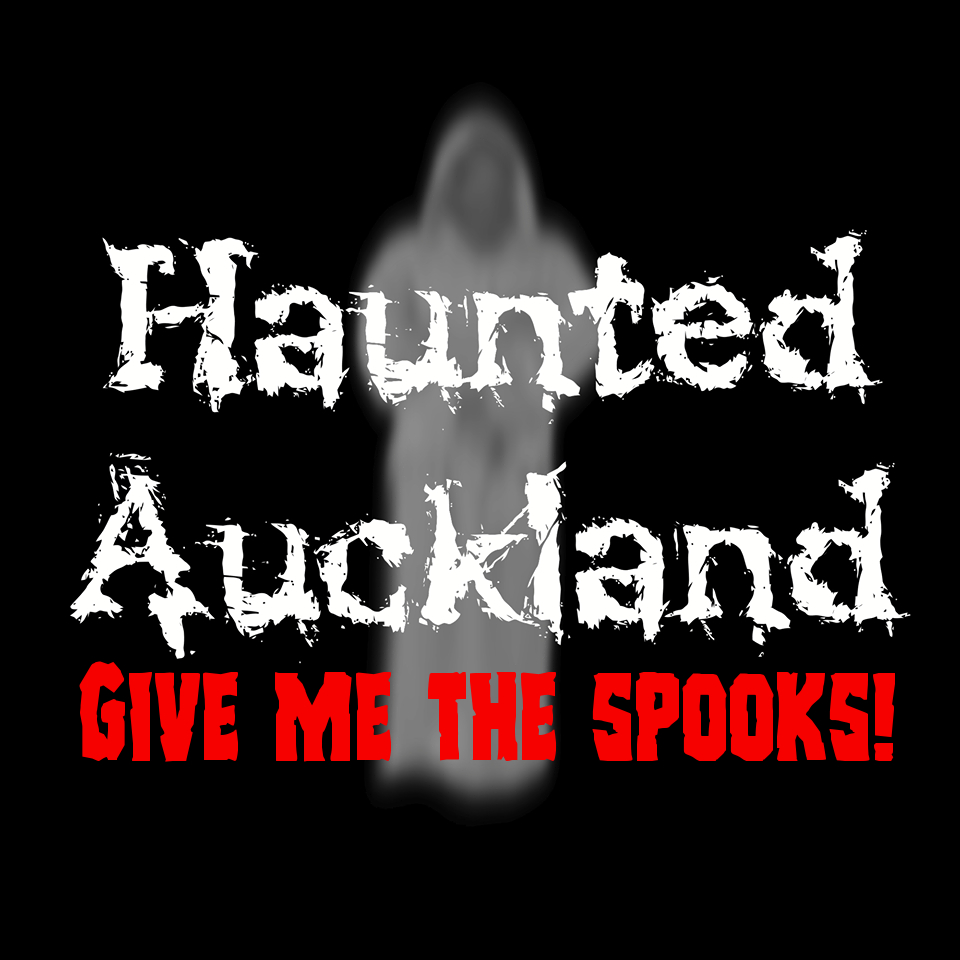 The first step was to create a website. One that would attract readers and, with luck on my side, a potential research team. The Haunted Auckland website V.1.0, started as an offshoot of the above mentioned BizarreNZ site. It was a free and very simple to use, copy-and-paste one hosted by Weebly.com, but it worked OK and was a good starting point while I continued to spread the word around, looking for members to form a team. This took a while. There were many people wanting to join, but none that I felt had the right attitude, passion or experience I was looking for.

The first team member to join up was Matthew.

Right away I could see this guy had motivation, intelligence, enthusiasm and some good skills that could be useful within a successful research group. He’s still in the team to this day, working behind the scenes.  The website we use today is his creation (As is our logo). An immense undertaking, that grows almost daily.

He’s a solid, grounded and loyal rock. A friend and the co-founder of this little ”empire” we’ve created.

Members have come and gone. We’ve had all types through. A real mixed bag of personalities, skills and experience levels. We’ve gradually weeded out the fakes and the flakes. The thrill seekers and the dedicated researchers. The good and the bad. Some moved out of the paranormal scene entirely, to live overseas or concentrate on families or new interests.

I admit I’m a bit of a solitary soul sometimes. Even though I have a full group these days, I still go out by myself to investigate urban legends.

It’s just something I enjoy doing. Solo or in a group, either is good.

Hope you’re all enjoying the journey as much as we are!