The purpose of this report is to present and to discuss findings on the comparison of Unknown foot prints obtained from three (3) locations around the Sunshine Coast, QLD, in order to determine several key points.

Whilst I am not an anatomical or primalogical expert, I open this report to those in the scientific community with the appropriate level of expertise in this field for further comment.

IN January 2013, Researcher Anthony Lapanivich and Nigel Francis where responding to a report of a sighting of an alleged Australian Ape in the Sunshine Coast Hinterland by two people who where mountain bike riding. During the course of the investigation two new set of prints where located in two separate area quite a distance but in the general area of the original sighting. This report is to discuss those prints, comparing them two the prints already captured from another study site in 2012. Full detailed reports on those prints (Doherty 2012 – AYR) have previously been published
The photos classified as site C, presented within this document where taken some distance from the original location of the sighting report in an obscure and remote creek located at the bottom of a small range. Access is exceptionally difficult. Researcher Nigel Francis found this prints after a long process of accessing this waterway. In commenting
On those prints briefly, it is our opinion that the prints where made literally within minutes of their discovery by Nigel. This is evident by the level of water still contained within the print; enough time had not yet elapsed for the water to soak back through the mud.
The site B print (largest print) was taken by myself after the aforementioned researchers contact the author to inspect the prints as Nigel and Anthony where not available at this time, hence my involvement.
I wish to thank Anthony and Nigel for inviting me to take part in their investigation and to have access to the photos of these prints for comparison and for publication.

Location A is a coastal river system where we have been working for 2 years. It shall be referred to as simply as Site A – Control site. Site A is the control site given the extensive previous work done on the prints acquired there, we already know the prints at Site A are not human and are more than like that of an Australian Ape. Location B is the location where the larger prints where found which I inspected and photographed on top of a mountain range and will be referred to as Site B. Location C is in a valley of a mountain range some 5 kilometers away, this is Site C as investigated and photographed by Nigel Francis
RELEVANT DISTANCE FROM CONTROL SITE
If using A as the focal point, then the following distances apply
A – B – 28 Klms (Straight line measure)
A – C– 33 KLM (Straight-line measure)
B – C – 5 Klms (straight-line measure)
Conditions which rule out Migration between sites: In my view it is impractical that the same animals made these prints as in Site A due to two factors (A) size; prints differ in size significantly (B) a direct travel path from site A to B&C is not possible due to highways and residential area in between them. Whilst a trek around these obstacles would be possible it would also impractical given the energy required by the animals to make the trip and the possible risk of exposure, hence why I am very confident that this is indeed a second unit of Australian Apes.

Site A – there are two sites within A, A1 (camp ground roads and trails) A2, rarely used fishing area – both located deep within a state forest – prints have been located in un official camping grounds, trails, forest and some by road side
Site B – Atop of a mountain range with a rarely used small sealed road and grassy bush laden hillside which rests between two rarely used trails extending across high ridge lines atop of another state forest mountain range
Site C – located 5 klms from Site B, deep into the bottom of a valley nestled amongst said mountain range with creeks running throughout  down from the mountain. The Terrain makes entry nearly impossible, best entry is careful ascent from valley wall, no signs of human presence could be located or identified at all. As far as field researcher Nigel Francis could see that no human presence was detectable whatsoever

Site A photos where captured between May 2012 and January 2012 after heavy rain periods. Site B and C photos where captured on Feb 13, 2013 and Feb 15, 2013, once again after extremely heavy rang periods. NO PRINTS RECENT PRINTS WHERE ABLE TO BE CAST DUE TO WEATHER AND TERRAIN – Print maps are not available as this time 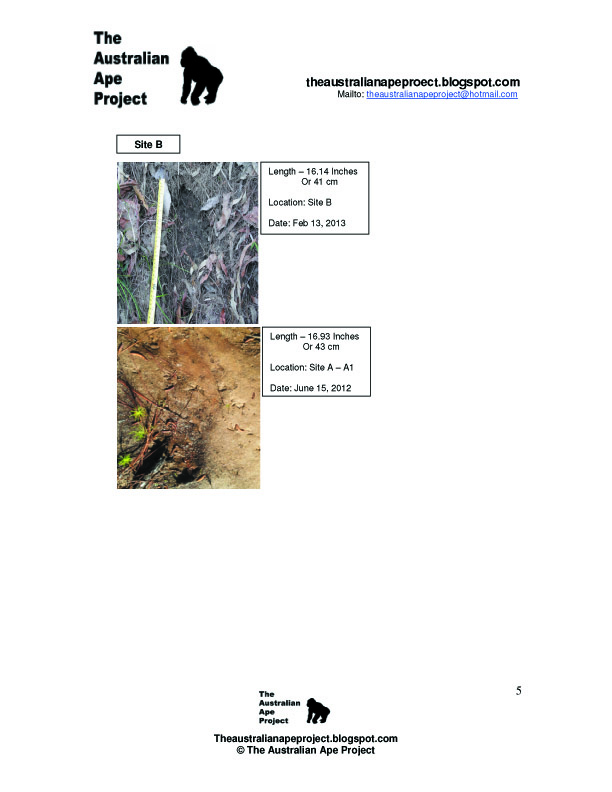 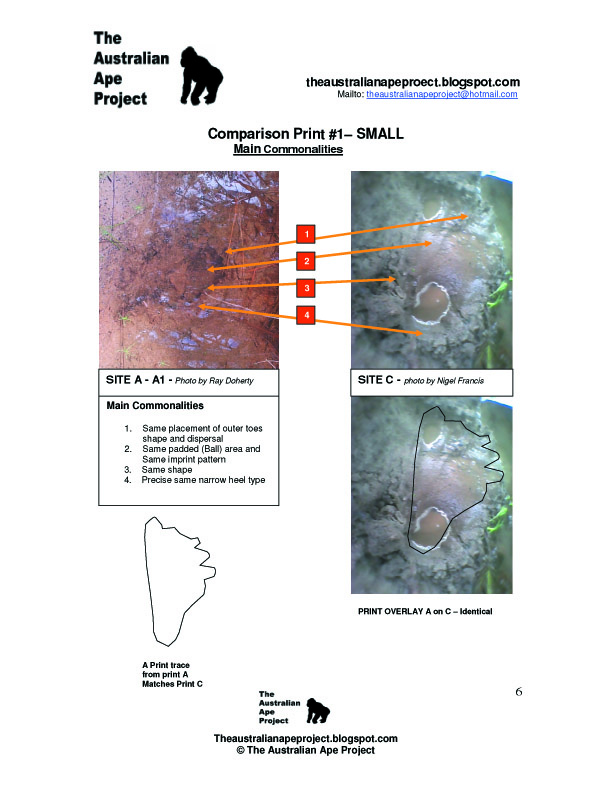 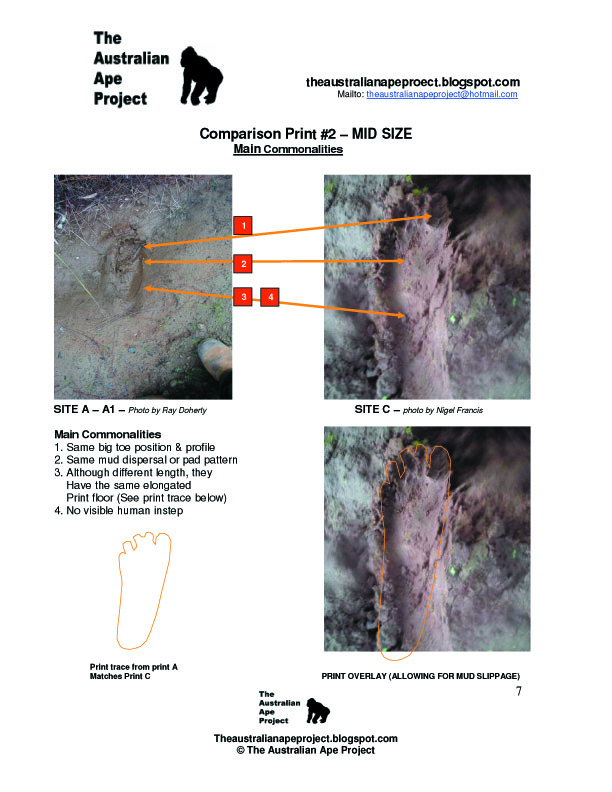 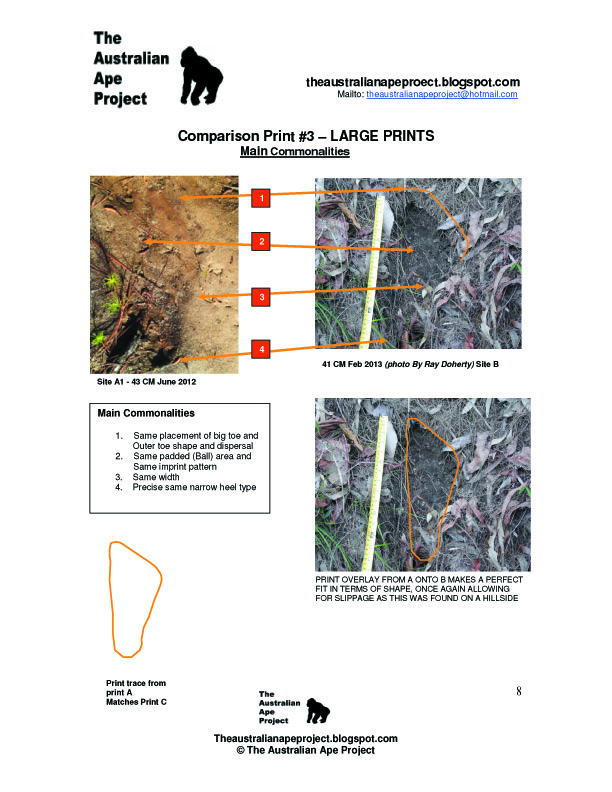 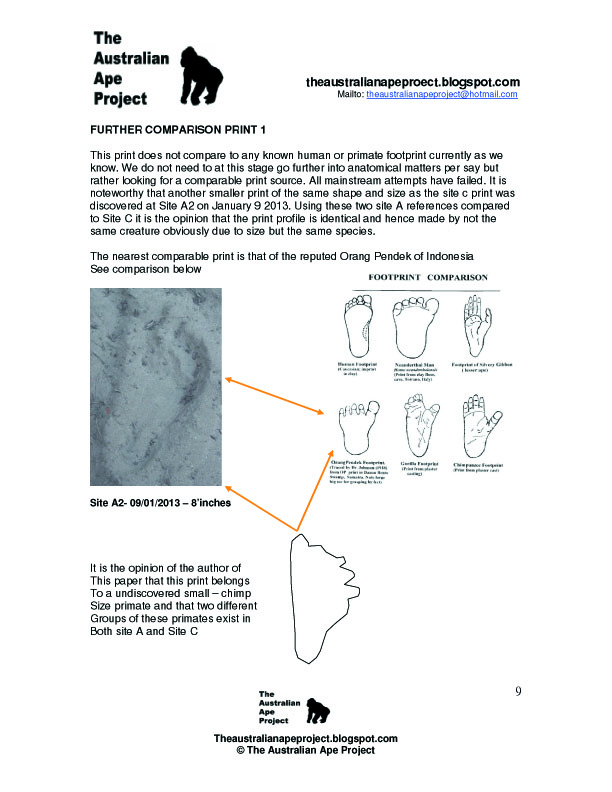 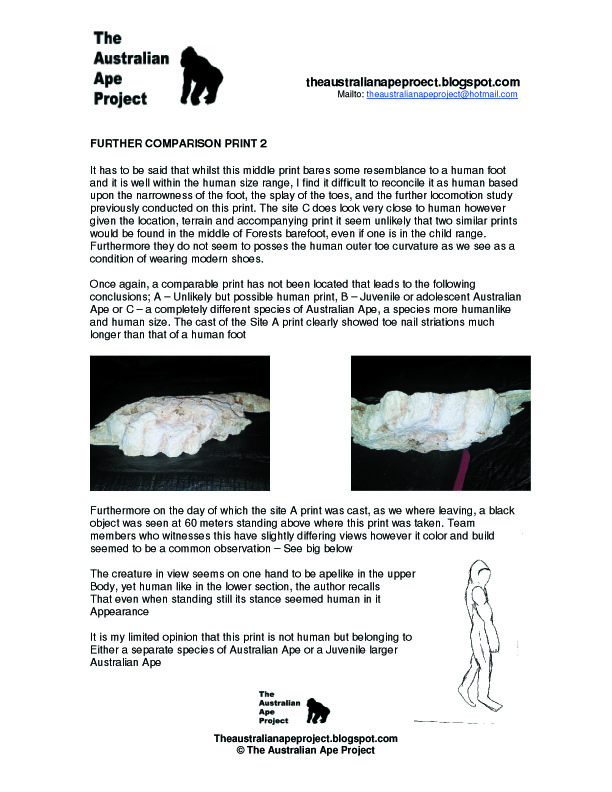 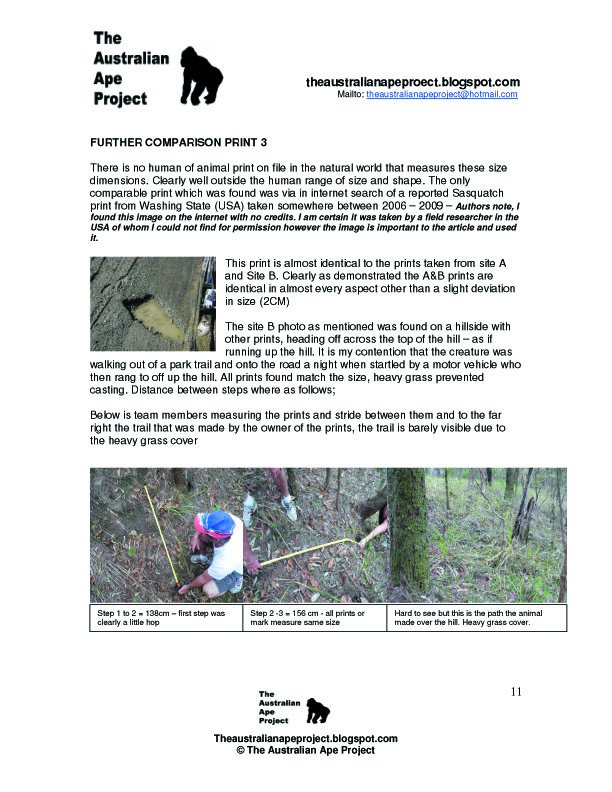 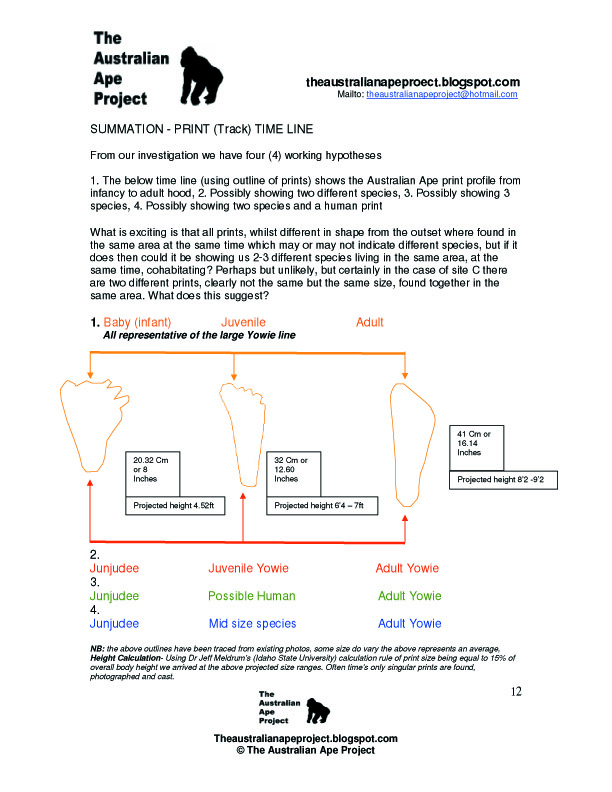 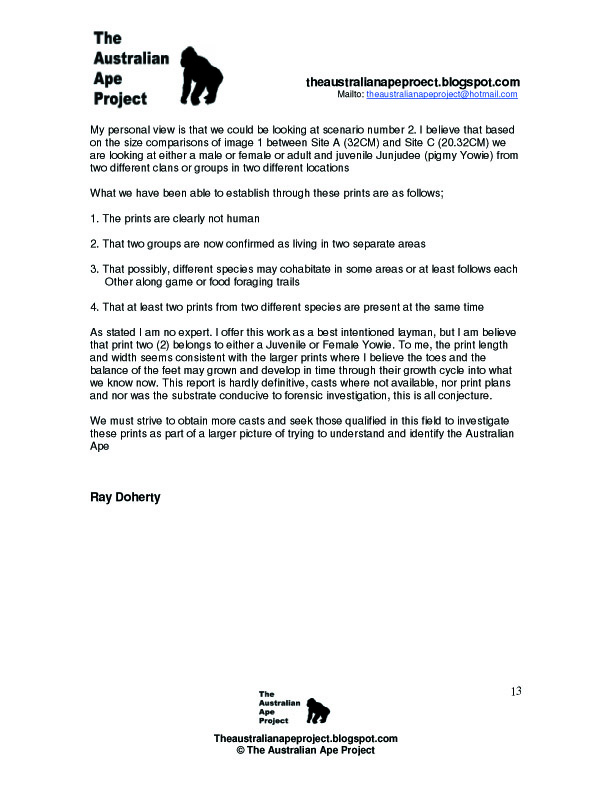 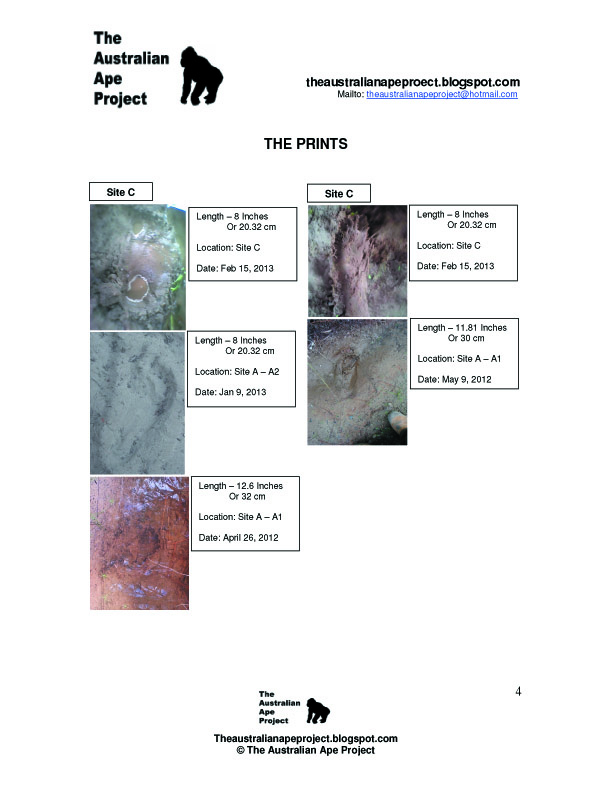 Ray Doherty is one of Australia's leading 'Yowie' (Australian Bigfoot) field researchers who has had numerous close encounters with these elusive creatures.
View all posts by Ray Doherty →