I thought I’d share the story of this little girl that sits in my ‘’haunted items’’ room.
I was hoping to return her back to her homeland of Scotland during a recent trip over, donating her to another researcher /haunted item collector over there, where she could hopefully be at peace being back in the country she belongs. However, my plans didn’t work out this time.

This one came to me about eight years ago via the Son-in-law of a woman that had passed away.
The exchange started with a Facebook message, which extended into an intriguing conversation.
The following is a condensed and abbreviated summation of the discussion. I have adjusted some of the punctuation, spelling and grammar in parts but kept it as it had been sent to me.

‘’Hello, I am told that you are happy to accept haunted items. I have a doll here that you might be interested in having and she scares the family and bad things are happening around us.

My wife’s mum moved over here from Scotland as she was disabled and unable to look after herself properly.
She was not a happy woman. Always angry at herself, all those around her and the world in general. Her disability had caused her to be miserable, depressed and overly negative. Nothing was good enough and everything was something to complain about. She hated living here and was very homesick and missed Scotland terribly, to the point of tears and regular emotional outbursts.
Her bitterness and obvious frustration affected those around her. There was a lot of negative emotion and arguing in the house while she was here. We had never fought like that, ever. We were a happy and loving family that never argued and lived an easy-going life. We all got along with no hassles.
When she moved over, she lived with us in our house. Everything changed after that. My son had to move rooms and relocate down into the basement as she was stuck in a wheelchair, so could only move around in the main bit of the house which has two bedrooms, of which she took one.
The doll I’d like to give you belonged to her and sat on her bedside cabinet while she was living with us.
When she passed away, we packed up her belongings into storage boxes and pushed them in the cupboard in the bedroom so Jayden could move back into his room again.
After only a couple of nights sleeping back in his room, we noticed a change. Jayden became very irritable and argumentative. He became moody and anti-everything. Complaining about everything and everyone. It was certainly out of character and he knew it too.
The weird thing is that he was a normal person while at school and it was only when he came home that he changed his emotions.

We knew something was seriously wrong when he jumped up in the middle of the night and punched a hole in his bedroom wall. He had had a nightmare that had caused a lot of fear in him. He said he felt terrified as well as frustration and anger that he was unable to run or fight back from his dream ‘’attacker’’.
The night terrors and increasingly angry and violent behaviour carried on for a couple more weeks until one weekend Jayden decided he needed space in his wardrobe to put his books and sports gear, so pulled out this ‘’nanas’’ boxes to put them into the garage. On opening the boxes, he found the doll.
What happened next, we don’t know, but he said that he felt dizzy and had apparently fainted, banging his head on a bedside chair. He is sure that all his anger and mood change has something to do with the doll and he is aware that he was not being himself. To us it makes some sense and even though I’m very sceptical about these things, I honestly feel the family needs to be rid of this doll. We all agree that he was acting the same as her when she was alive. Is it possible that there is a connection?
Let me know if you would like the doll and it’s yours. We will throw it away if you don’t want it.

Thanks for your time
Name withheld “

I’ve currently got the doll sitting on a shelf next to other dolls I’ve “adopted’’.
My plan is to eventually give her a new home back over in Scotland where she belongs. I kind of get the feeling she’d be way happier and more at peace over there.
Do any of our readers / followers have a similar doll?
She is made of bisque; hand painted, with individual head, body, arms and legs, all separate and connected inside with a string. No markings. 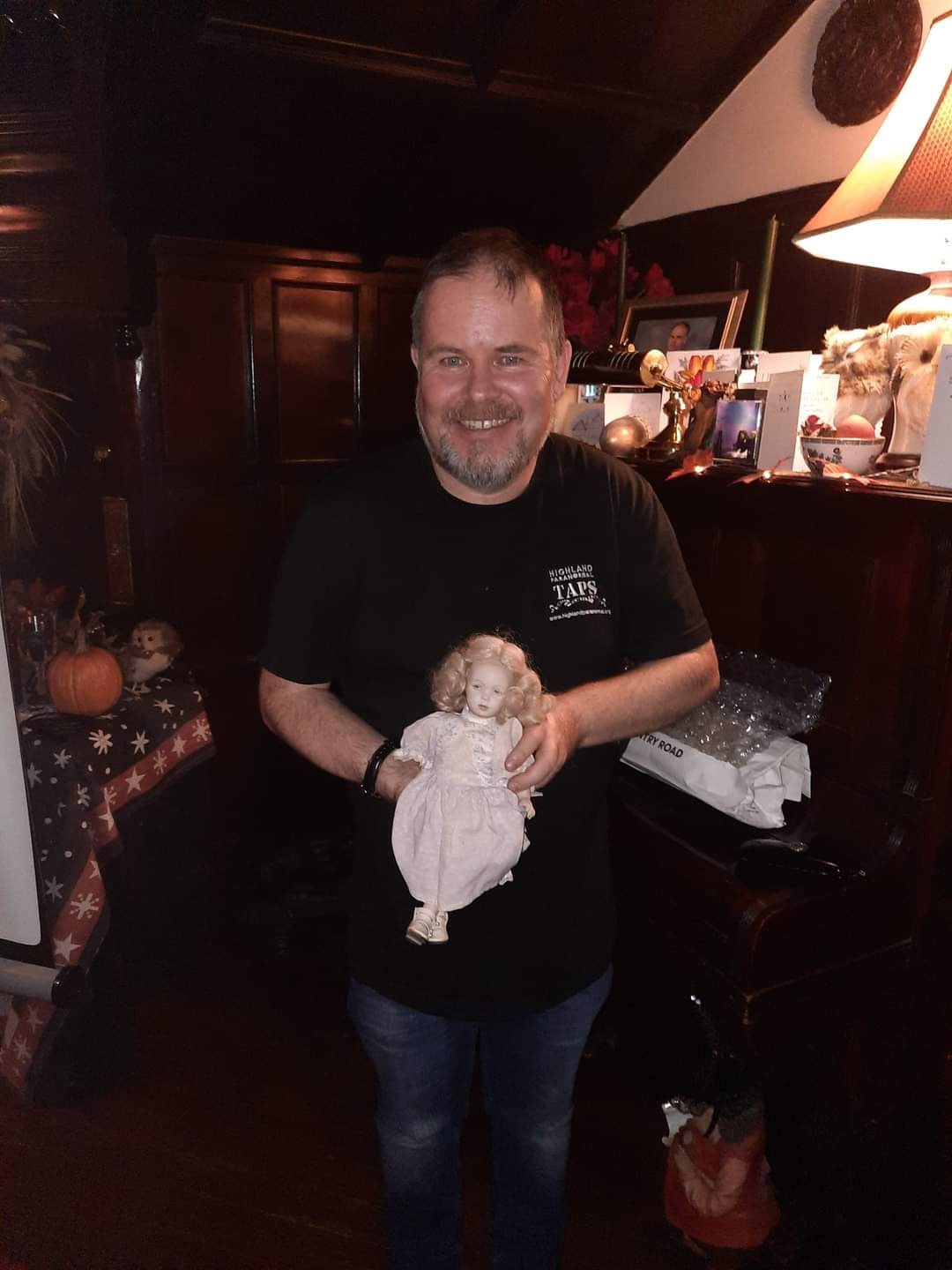 The doll was taken back to Scotland and handed over to Liam Shand of Highland Paranormal on November 14th 2022, during a special talk night, featuring Haunted Auckland founder, Mark Wallbank. We wish her well and hope she enjoys her life back home where she belongs. 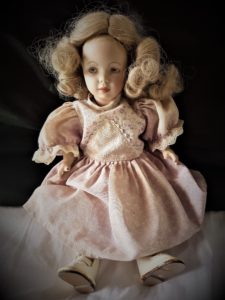 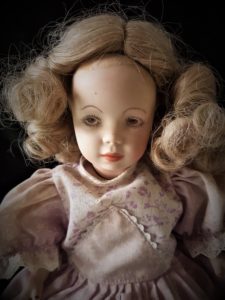